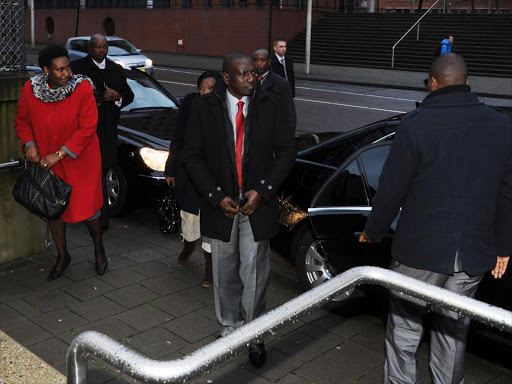 African Union representatives will meet the UN Security Council next month to discuss possible withdrawal from the International Criminal Court.

In February 8 letter, the AU told the council the Ministerial Committee of Ministers of Foreign Affairs will be New York to discuss a decision by African heads of state to develop a roadmap that could lead to withdrawal.

However, the AU did not take a firm decision to pull out from the Rome Statue establishing the ICC.

The date of the forthcoming visit was not given.

Kenya and other African nations have said the ICC is biased against Africa and cites its crimes against humanity case against Deputy President William Ruto and journalist Joshua Sang in connection with the 2007-08 PEV.

Kenya and the AU say there is no credible evidence and the cases should be terminated.

AU Commission chairman Erastus Mwencha told the council African leaders are concerned the ICC was not honouring their requests to terminate cases against Ruto and Sudanese President Omar al- Bashir.

Mwencha said the cases are distracting leaders who should be focusing on challenges facing their countries.

"It has become even more imperative he attention of our leaders is not distracted with incessant cases before the ICC to the detriment and the threat of instability to our countries and our dear continent," Mwencha said.

He told Security Council President Rafael Ramirez the African presidents had tasked foreign ministers to discuss "all issues that have been consistently raised by the African Union."

On January 31, the AU General Assembly meeting in Addis Ababa, Ethiopia, adopted a proposal by President Uhuru Kenyatta for the AU to develop a withdrawal roadmap.

It also adopted a report by AU foreign ministers drawing a a red line on ICC handling of the Ruto and Sang cases, seeking immediate termination.

Uhuru says Africa has no option but immediate withdrawal from the "dysfunctional instrument", referring to the Rome Statute, because its mainstay is humiliating Africans and distracting their governments from their mandates.

He said Africa must refuse to be carried along in an international system he said disregards national sovereignty and tramples on the security and dignity of Africans.

The ICC's utility at a time of global turmoil is extremely limited, the President said.

Post a comment
WATCH: The latest videos from the Star
by OLIVER MATHENGE
News
17 February 2016 - 06:00
Read The E-Paper