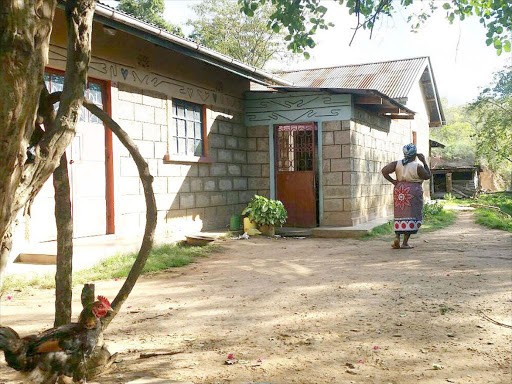 Yesterday, Josephine Kabura, one of the suspects in a court case regarding the alleged theft of Sh791 million from the National Youth Service, filed an affidavit in court.

In her affidavit, among other allegations, Kabura claimed to have met Star journalist Kamore Maina and another journalist at the Runda home of former Cabinet Secretary for Devolution Anne Waiguru.

Waiguru allegedly referred to them as "her media gurus."

Kabura claimed that Waiguru directed her at the meeting to give Sh10 million to the other journalist (not Kamore) for consultancy services.

We cannot take these accusations lightly as they question the integrity of The Star newspaper and our reporter.

We respond as follows:

It was the Star that first broke the story of the fraudulent dealings at NYS.

Under the headline on

June 18, 2015, the Star launched a series of investigative articles that would eventually lead to the of Waiguru and multiple prosecutions of those involved in the NYS transactions.

Over the last eight months, Kamore wrote many of the Star's investigative stories on the NYS scandal.

At no time did he seek to protect Waiguru or Kabura from investigations.

Kamore even went to in Murang'a to seek an interview with her parents. Kabura accused him of harassment and in November sent Kamore a lawyer's letter warning him to desist from writing about her and the NYS transactions.

Kamore insists he has never met the former CS let alone attended a meeting with her.

"I have never been to Anne Waiguru's home and we have never met face to face. If I stood before her

today, she would not even be able to say who I am. I have also not received any money from Waiguru, Kabura or anyone else to kill or water down the NYS or any other story," he said.

Star Editor Charles Kerich commented: "Kamore kept the news desk appraised every time he was gathering material for the NYS stories that he wrote and which were published. We always knew whom he was meeting, when and where. That is the hallmark of a trustworthy reporter. It is unbelievable that he could have been so two-faced as to continuously unearth exclusive information on the NYS scandal while simultaneously receiving payments to protect Waiguru and Kabura."

The Star stands by all the stories it published regarding the NYS payments.