Kenya producing 600 doctors a year but counties not hiring - survey 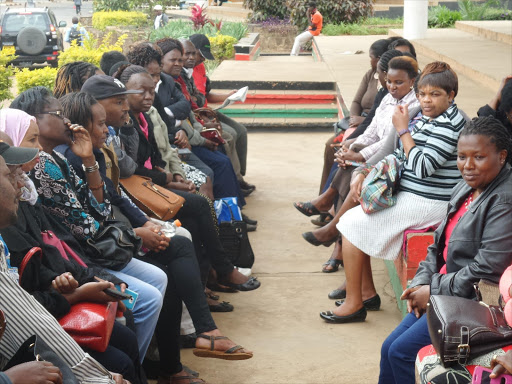 Kenya produces 600 doctors a year but many do not get employed by counties, a medical association official has said, painting a grim picture of the public health sector.

WHO standards and fully address challenges, yet loses 25 a month.

The survey found that Kenya

has 3,956 doctors in the public sector but that the number drops by the month as more doctors resign.

The country's healthcare is "headed for the rocks", Oluga said in Naivasha on Thursday, adding the public health sector is being dealt a

that in the last two years, the country has lost more than 2,000 doctors, most of whom were in the public sector.

He faulted county governments saying they "have failed" following the devolution of health functions as they "oppress" health workers forcing them to resign or find other jobs.

“We are doing very poorly in terms of the doctor to patient ratio, in relation to the World Health Organization standard, and the situation is getting worse as more doctors resign,” he said.

“Many health workers are demoralised due to the poor working environment. In the end it is members of the public suffer,” he said.

Public health workers in several counties have in the past gone on strike over pay, leaving patients stranded or having to seek alternative healthcare when they can afford it.

Oluga asked Health Cabinet Secretary Cleopa Mailu to meet the Council of Governors for a solution into what he termed a crisis.