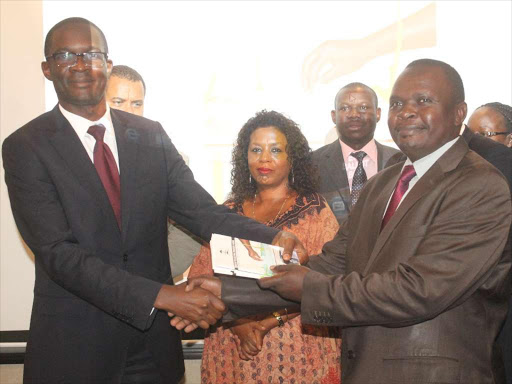 The LSK has disparaged the Supreme Court verdict that ushered President Uhuru Kenyatta into State House after the controversial March 4, 2013 general election.

The Law Society of Kenya found that the court agreed with a decision to exclude party agents from the tallying process, made by the Independent Electoral and Boundaries Commission.

It questioned the verdict in a report titled 'Review of the electoral process in Kenya', that was handed to commission CEO Ezra Chiloba in Kisumu on Friday.

“The court failed to appreciate the role of party agents in the electoral process,” the LSK said in the report.

“This offends the transparency requirements of Article 81 of the constitution which requires the electoral system to be transparent.”

The report also states that the Supreme Court relied on technicalities in rejecting the filing of a supplementary affidavit outside time limits.

“Article 159 (2) requires courts not to rely on the technicalities in resolving disputes,” reads the report.

The LSK also established that the court ordered a re-tally of election forms based on material supplied by the commission and not sealed packets.

James Mwamu, the LSK Council member who handed the report to Chiloba, noted that the commission, as a party interested in the proceedings, may have had an opportunity to deliver the wrong forms.

The society further questioned the court for allowing the re-tally to proceed on the basis of a document that was not the voters register - the Green Book.

The Green Book is an administrative recording of all those who appear before registration officers including those whose registrations are turned down.

The report stated that the Green Book was never published for inspection and verification as stated in Section 6 of the Elections Act.

“The independent review commission report 2008 had recommended that the Black Book should not be used in electoral process due to its susceptibility to manipulate the number of registered voters," the report states.

"The Supreme Court in allowing the use of the Green Book was in essence reintroducing the disgraced Black Book through the ‘back door'.”

The LSK maintained that a re-tally of forms could only be done based on the marked voters register in a respective polling station.

Chiloba said the report will inform strategies ahead of the 2017 elections but raised concerns over integrity in the 2017 poll should Parliament fail to approve its Sh45 billion budget.

The CEO defended the budget saying “it must be looked at in context".