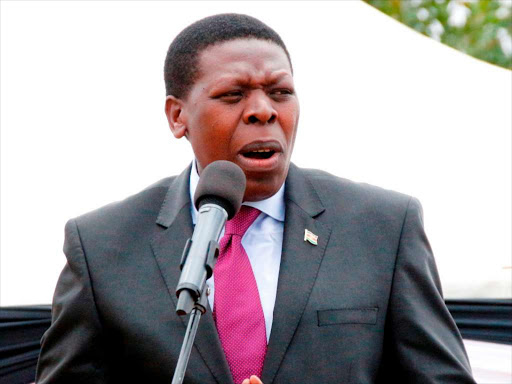 The government has revised down the costs of funding the controversial Galana Kulalu Food Security Project.

Irrigation CS Eugene Wamalwa yesterday said: “We have a new road-map for Galana that will deliver the 10,000-acre model farm at Sh7.2 billion down from Sh14 billion.”

The Vision 2030 flagship project funded by Kenya and Israel governments is the largest irrigation project in the country.

It aims to supplement the traditional food basket regions of the North Rift.

However, the project has been dogged with controversies ranging from the award of contracts alleged to be inflated, viability and if there is value for money.

“The project will lower unga prices to below Sh84 per 2kg,” the CS said at Maji House.