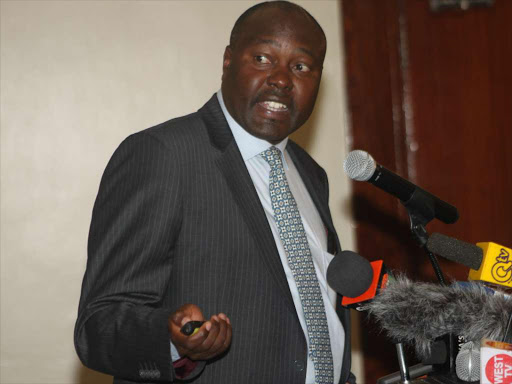 Three thousand people died in road accidents last year, representing an increase of 5.2 per cent from 2014.

A further 304 died countrywide December last alone compared to 270 in December 2014, with the most productive aged between 20 and 44 years and peak age being 30-34.

“We need road safety integrated into other sectors of the economy just like HIV and Aids,” Meja said.

He was with board chairman Lee Kinyanjui.

Curriculum review, introduction of smart driving licence and lobbying for more funds are some of the areas the authority is looking at.

In Kenya, it is estimated that crashes cause a loss of 5.6 per cent of the national GDP.

High population, increase in number of vehicles and the improved road networks increases the risks.

Nairobi county registered the highest fatalities with more than 20 deaths per 100,000 population, followed by Nakuru and Taita Taveta with 17 and 15 respectively.

Lamu had the lowest fatality.

This was however reversed by interventions by the authority that saw private cars contribute 35 per cent compared to PSVs’ 20 per cent last year.