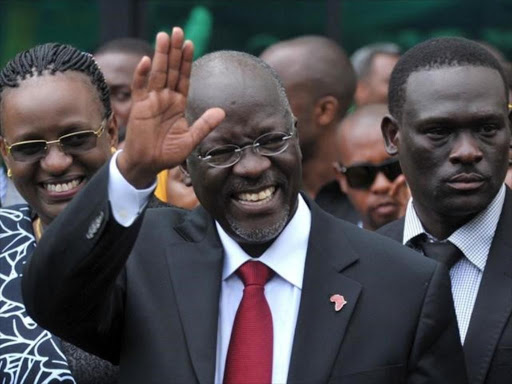 The Tanzanian High Commission in Nairobi has denied its country's Operation Timua Wageni is a move to free up jobs for locals.

The High Commission told the Star on Friday the operation that began this month is routine enforcement of the Tanzanian Immigration Act of 1995 and does not target any nationality.

“What I can tell you is that this is not something new. It has always been there,” said an official who did not want to be identified because he is not authorised to speak to the press.

The government has launched a crackdown on foreign nationals who do not have both work and residence permits.

Only 680 foreigners have work permits, according to the country's immigration department and only 66 have applied for residence permits.

“The Immigration department through this notice would like to remind all individuals, companies institutions and employers that it is illegal for any foreign citizen to continue working or doing any activity without residence permits...anyone who will go against this law, strict legal action will be taken against them,” the notice warned.

Tanzania's move triggered outrage in Kenya and complaints that many Kenyans, especially private school teachers, have fallen victims after authorities failed to renew their permits.

It was not immediately clear how many Kenyans have been affected as Kenyan Ambassador to Tanzania Chirau Ali Makwere did not answer phone calls.

This is not the first time Tanzania has launched a crackdown on foreigners.

In September 2013, the government cracked down immigrants, fuelling doubts about its commitment to the East African Community

The measures were announced as the East African Community continued to seek common ground from member states on issuing work permits.

Currently each country decides how to treat EAC citizens because there is uniform binding requirement.

Tanzania has the region's most expensive work permits. Uganda charges $250 per year for missionaries, volunteers and students and $1,500 for business people and consultants.

Kenya, which initially waived fees for East Africans, has reintroduced a $1,976 charge for job seekers aged under 35.

Rwandan work permits are free for EAC members, while Burundi charges three per cent of the annual gross salary of its foreign workers, including EAC partner states.