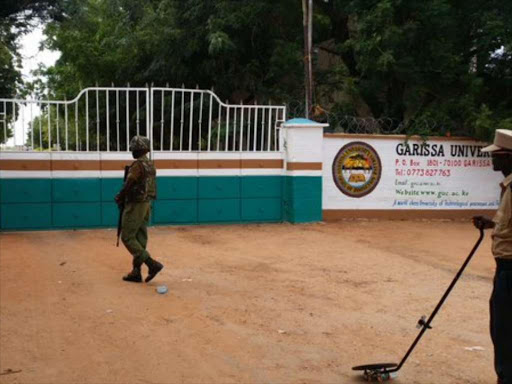 Garissa University College is set for reopening on Monday, nine months after al Shabaab killed 147 people in a siege that lasted hours.

Of those massacred in the April 2 attack, 142 were students. Seventy nine were injured.

A memo to staff and students stated that an academic board meeting would take place following the reopening.

All academic and non-academic staff were asked to report back on Wednesday, when prospective students will obtain information on courses.

"All continuing students are expected to complete the semester fees on reporting," read the memo from the office of the registrar, academic and student affairs.

On November 17, the French government said it will for 109 Garissa University College students who survived the April 2 al Shabaab massacre.

The students, who were transferred to Moi University in Eldoret, will also be given a living allowance, the French Embassy said.

The Embassy said Ambassador Rémi Maréchaux will hand the aid in a show of solidarity to students who have not received any financial support.