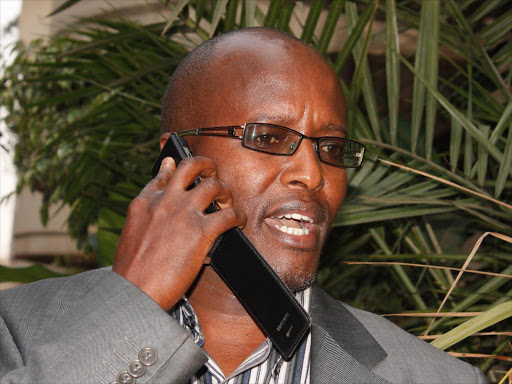 Uhuru said Wathika was a respectable and humble politician and his death is a major blow to all.

“Wathika was friendly and outgoing, a trait that endeared him to many and even though he left us, we celebrate the contribution he made to our society,” he said.

The President said his thoughts and prayers are with Wathika’s family.

“It is our prayer that God will give you the strength and fortitude to bear the loss,” Uhuru said.

Sonko said on his Facebook account: “I have known Dick for years dating back to his tenure as Makadara MP. He was also the MC [master of ceremonies] during my dad’s funeral. My family sends our condolences. May God give his family strength and courage during this difficult moment.”

Aladwa, also a former city mayor, said: “I send my condolences to the family of Wathika on behalf of the people of Makadara and Nairobians in general. Wathika was a committed and dedicated leader who will be greatly missed by the people of Nairobi.”

“I also send my condolences on behalf of Nairobi ODM fraternity. We have his family in our prayers.”

Aladwa said he was shocked to learn of Wathika’s sudden death.

Wathika was elected Nairobi mayor in July 2004 and re-elected in 2006.

He was a one-term MP for Makadara, serving from 2007 to 2010 before his election was nullified.

Wathika lost his seat to Mike Sonko in the 2010 by-election.

Post a comment
WATCH: The latest videos from the Star
by CHRISPINUS WEKESA
News
21 December 2015 - 07:00
Read The E-Paper