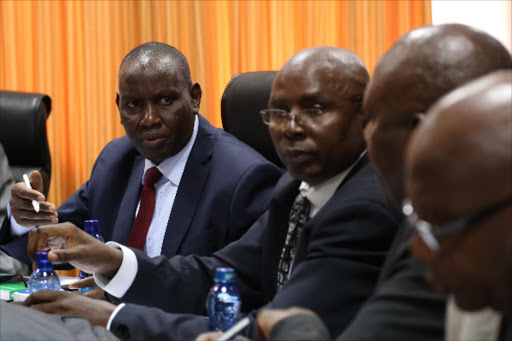 Kenya Wildlife Service yesterday denied its rangers are involved in kidnapping and killing of residents in Isiolo.

Acting director William Kiprono said KWS has not arrested or detained any suspects in wildlife crimes without charging them in court.

He appeared before the Senate and National Assembly joint committee on National Security, Lands and Natural Resources.

“In a situation where suspects come in contact with rangers, those who are killed are recorded with the police,” Kiprono told the committee chaired by Garissa Senator Yusuf Haji.

“As a state agency responsible for wildlife, we are bound by the constitution and the Wildlife Conservation and Management Act, 2013.”

In May, residents of Kina, Isiolo, said Mohammed Abdullahi, 32, was abducted on the Meru-Isiolo road while in the company of relatives.

In the same month, the residents protested against alleged extrajudicial killings by KWS rangers.

They set fire to the Meru National Park’s fence, forcing the rangers to disperse them using live bullets.

One person was killed and 14 seriously injured.

Kiprono admitted his officers used live bullets to defend themselves.