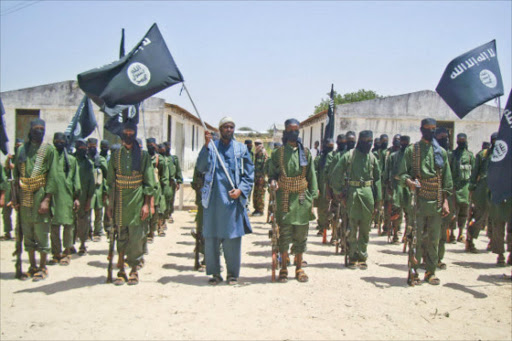 A unit of Al Shabaab terrorists code-named Jeysh Ayman, many of them Kenyans, is responsible for the terror attacks in the country, the Star has learnt.

Jeysh Ayman’s objective is to wrest control of Kenya’s predominantly Muslim Coast from the national and county governments. They believe this can be done by carrying out attacks to destroy the tourism industry and ruin the economy.

They calculate that attacking the Kenya government and Christian targets will create chaos in the country.

The six-year-old group was founded by a Kenyan Somali, Maalim Ayman, aka Abdiaziz Dubow Ali, of Mandera county but also has Somalis and foreign fighters within its ranks.

Intelligence reports indicate that JA, as the terror group’s unit is popularly referred to among jihadis, was initially formed to conduct ambushes and raids along the border but later included attacks on Kenya Defence Forces and Amisom troops among its targets.

Ambush squads like the so-called ‘10 Metre Squad’, composed of between 10 and 15 fighters, have concentrated their operations in Kenya's Lacta Belt area, a Northeastern region, and have a base in the vast Boni Forest.

They are better equipped than all other units, with most of the fighters armed with AK-47 rifles, hand grenades and machineguns. They are trained to navigate treacherous terrain, walk long distances and use donkeys and camels for transportation.

“They are considered to be the toughest jabha [frontline] unit in al Shabaab and require a special selection process. Members are deployed for between six months and a year, with only one month off.

"The group's six-month training is hard because it involves a lot of walking, up to days at a time, covering hundreds of kilometers,” one security report says.