Rwandese 'snatched and sent back home' 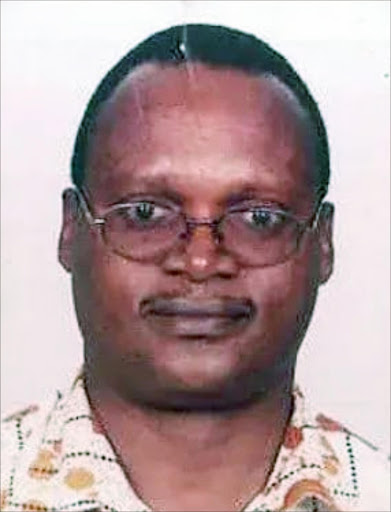 A Rwandese investigator into the 1994 genocide was kidnapped in Nairobi and sent back to Kigali by Kenyan police and military agents, the man’s family yesterday told the Star.

Jean Chrysostome Ntirugiribambe had been a military captain in Rwanda before the 1994 genocide. He was an investigator and legal assistant in UN war crimes tribunal in Tanzania.

He worked on the defence of three cases. He had been living as a refugee in Togo but returned to Nairobi in early June to visit his five children.

Yesterday, the family in Nairobi, through his daughter, alleged that officers from the Flying Squad and from military intelligence abducted Ntirugiribambe and handed him over to the government of President Paul Kagame in Rwanda. The daughter asked that she not be quoted by name and did not say how she came by the information.

But witnesses saw the abduction. A human rights activist also told the Star that Ntirugiribambe had been abducted and “repatriated”.

The daughter said there is a plot by the Rwandan government to eliminate fugitives' crucial evidence that could discredit the government. Witnesses to the abduction told police he was arrested at 8pm as he left a grocery store at Tanners ya Juu in Zimmerman and went to his car.

Four armed men in street clothes claiming to be police forced him into a black Toyota, a civilian vehicle, they said. The onlookers demanded the four men identify themselves and were told the men were from the Flying Squad. One of the four pointed a pistol at onlookers, they said.

The family reported him missing to Kasarani police station. The family and police have been unable to contact Ntirugiribambe by phone since his mobile has been turned off for the past 13 days. Police spokesman George Kinoti denied the family’s claim that security agencies were involved in the disappearance.

“Investigations have not established such as thing. Kenya police does not involve itself in criminals acts,” Kinoti told the Star. Kasarani CID chief Valery Obore said investigations are in high gear but declined further comment.

Human rights activists and others have alleged a plot to eliminate people with damaging information about the Kagame government, allegations the government denies.

A former head of Rwanda's external intelligence service, Patrick Karegeya, was found strangled in a hotel in South Africa on January 2, 2014.

He had been close to Kagame but the men fell out. He had lived in exile for several years. According to the family, hours before his disappearance, Ntirugiribambe had received calls from a former Randan military officer Emmanuel Mughisa, alias Gafirita, who had escaped from Rwanda 20 years ago and was living in Nairobi.

Mughisa had fled Rwanda after the plane carrying then President Juvenal Habyarimana was shot down on April 6, 1994. That triggered three months of killings that left at least 800,000 people dead, mostly Tutsi and moderate Hutu.

Mughisa went missing in 2013 under mysterious circumstances from his house in Dagoretti where he was in hiding. At the time he disappeared, Mughisa, was due to give evidence before a French inquiry into the downing of the President’s plane. Mughisa has been reported to have evidence linking Kagame to the downing. Kagame has always denied any involvement. The whereabouts of Mughisa are not known.