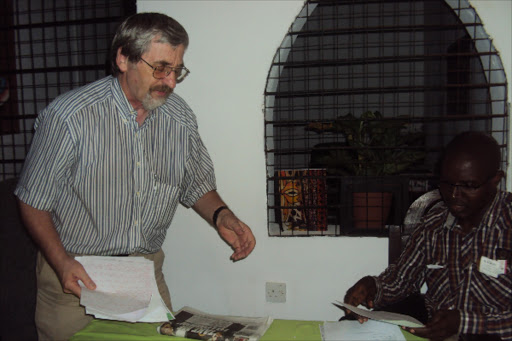 A German couple was yesterday ordered to surrender ownership of a controversial Sh1 billion hotel in Watamu for obtaining it fraudulently.

High Court judge in Malindi Said Chitembwe ordered Isaac Rodrot and Steffano Uceli to take over the ownership of Salama Beach Resort, now called Temple Point Resort, from Hans Langer and his wife Zahra Langer, who have been running it since 2009.

The court said the couple obtained the ownership of the hotel using a foreign judgment from Italy that was not recognised in Kenyan law.

The ownership dispute started in 2009 after the court ruled in favour of the Langer couple.

The ruling was made after an application filed on November 20, last year, requesting the court to lift a judgement delivered in December 2009 allowing the couple to fully own and run the hotel.

Justice Chitembwe granted the request to have the previous judgement lifted after the application made by Uccelli.

He ordered the Registrar of Companies to remove the names of Mr and Mrs Langer as directors of Salama Beach Hotel and ensure the status of the company in its registry is registered to the position at December 14 2009.