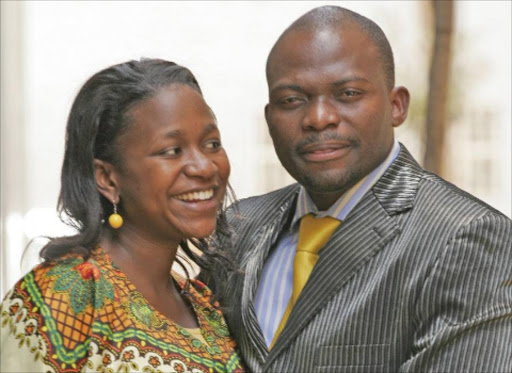 Former TV personality Esther Arunga and husband Quincy Timberlake are assisting police in Kallangur Queensland Australia with investigations into the death of their three-year-old son.

Arunga and Timberlake told police that the boy fell down the stairs while playing with his two-year-old sibling at the Kallangur townhouse in Queensland.

The couple gave their son pain medication before putting him to bed.

The couple told police that they called paramedics when the boy’s condition worsened. Paramedics said they tried resuscitating the boy for a while without success.

Police then took the couple in for questioning.

Arunga and Quincy hit headlines in Kenya when she quit her lucrative job at KTN and joined Jazz maestro Joseph Hellon at the Finger of God church.

She then got married Quincy in a controversial move that was opposed by her parents.