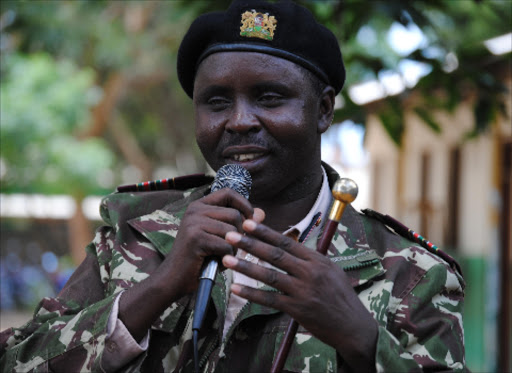 A New trend of commercial sex tourism has emerged in Malindi targeting young boys to engage in affairs with tourists for money. It is alleged that the boys, majority of whom are from poverty stricken families, are lured into the "trade" by rich tourists who promise them financial rewards afterwards.

Malindi deputy county commissioner Joshua Nkanatha and police boss Kiprono Lang’at said the cases are rampant in the resort town. Speaking at HGM Primary School during a public baraza yesterday, Nkanatha said the male prostitution is high in Malindi and has contributed to the increased cases of HIV/Aids and other sexually transmitted infections.

“HIV/Aids is notorious in Malindi, prostitution is high, a survey we conducted shows that young boys buy pampers not for ladies but for their own use,’’ he said.

Those engaged in the sodomy are said to be releasing wastes uncontrollably, forcing them to use pampers whenever they walk. The administrator urged locals to do responsible tourism as the prostitution will lead to their death.

A few weeks ago, Nkatha said two people, a foreigner and a Kenyan boy, both male were arrested and after medical tests, the boy was found to be infected with STIs and had problems controlling his stool. "Medical reports showed that some of them are no longer sexually functional,’’ said Lang'at.

He asked the public to take responsibility and enlighten the youths not to engage in such behaviours that are a threat to their health. Langa't warned the youths against participating in the activities to avoid getting sexually transmitted diseases.