[PHOTOS] Miguna elated as fans jam him at airport

"Only genuine love from Kenyans - today at the JKIA!" he said. 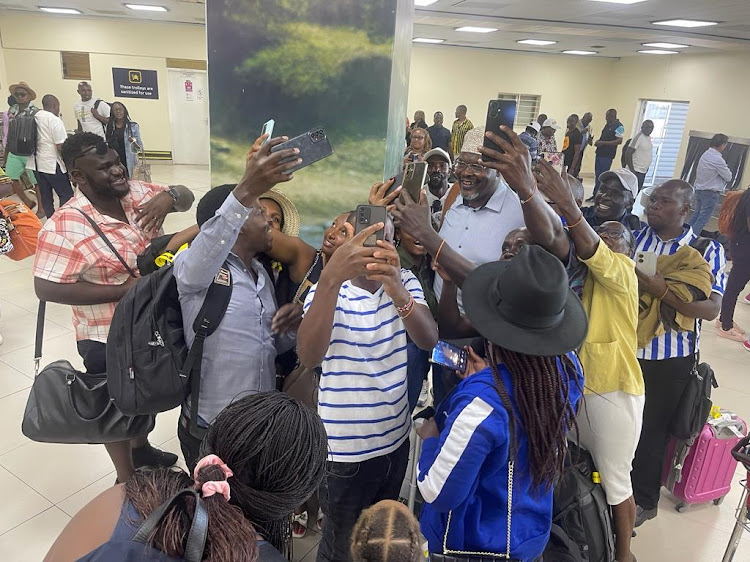 Lawyer Miguna Miguna was delighted after fans welcomed him back to Nairobi at the Jomo Kenyatta International Airport.

He expressed his joy in a statement on Twitter accompanied with a series of photos. 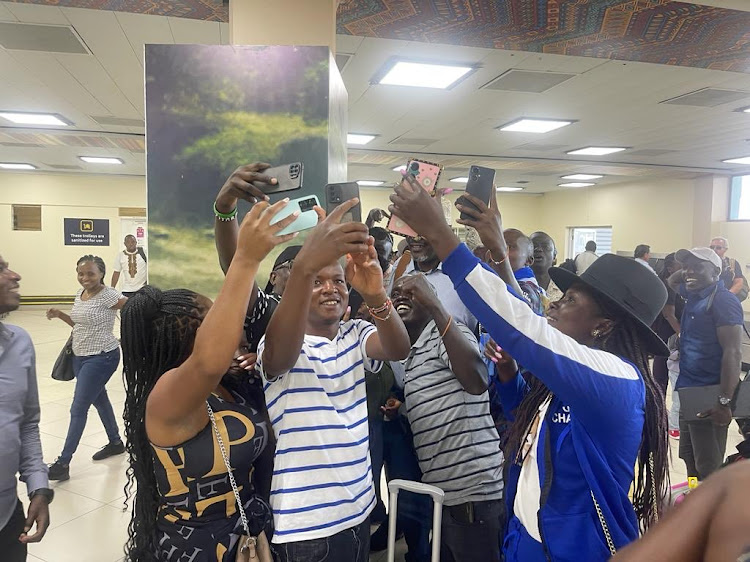 "Only genuine love from Kenyans - today at the JKIA!"

The outspoken lawyer was jetting back from Kisumu where he met with Suba South MP Caroli Omondi and Sylvester Kasuku.

He said the president apologised to him over the mistreatment that was meted on him by the Jubilee government.

This was in reference to his forceful deportation to Canada in March, 2018.

"Earlier this morning (Ruto) apologised to me on his behalf and on behalf of the Government for the brutality inflicted upon me by the previous regime. I accept the apology," Miguna said in a tweet on Saturday.

On Tuesday, the outspoken lawyer was among those who attended a meeting with ICT CS Eliud Owalo in Siaya.

Owalo held talks with a section of Luo leaders supporting the Kenya Kwanza government, ahead of Ruto's two-day working tour of the Nyanza region. 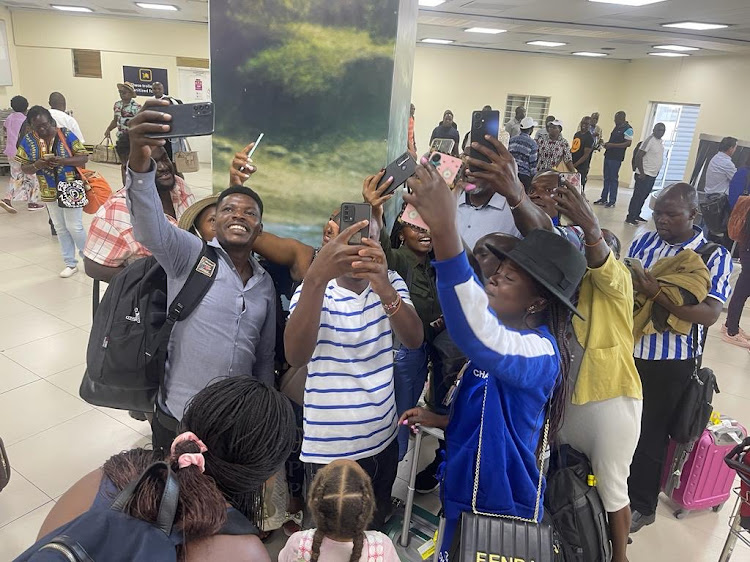 Ruto apologised for Jubilee's brutality on me – Miguna

"I accept the apology," he said.
News
3 weeks ago

When Ruto toured last year many local leaders gave the event a wide berth.
News
3 weeks ago
Post a comment
WATCH: The latest videos from the Star
by SHARON MWENDE
InPictures
15 January 2023 - 19:41
Read The E-Paper