They were led by Cardinal John Njue. 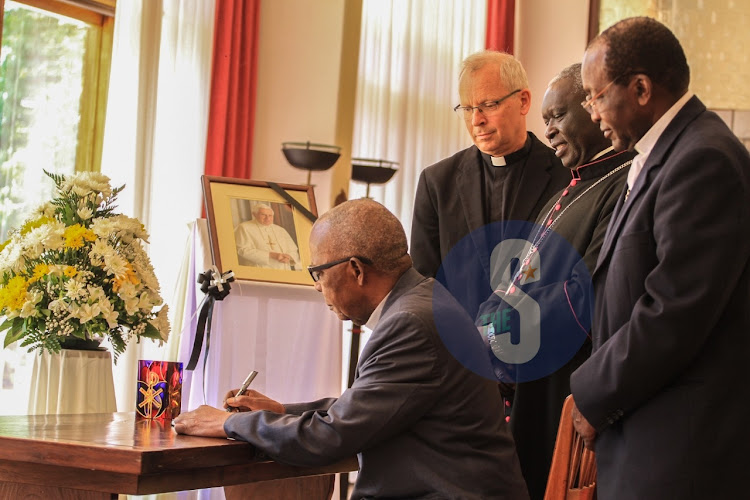 Leaders from the Catholic Church in Kenya on Tuesday signed the condolence book of the late Pope Benedict XVI at the Vatican Embassy in Nairobi.

They were led by Cardinal John Njue. 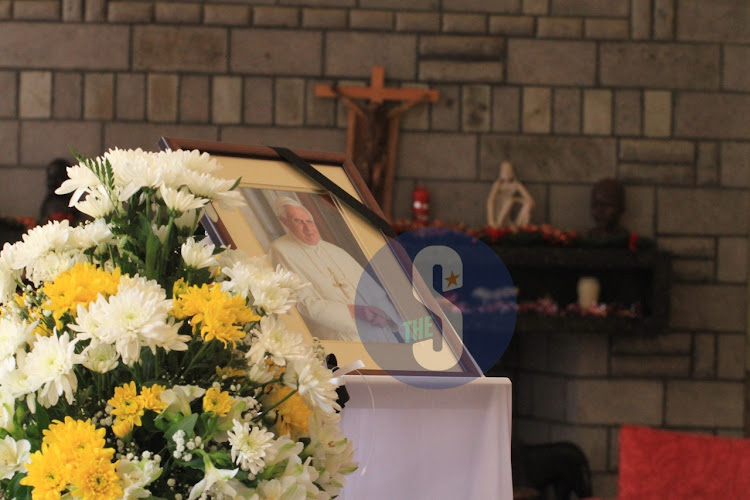 A portrait of Pope Benedict XVI is seen displayed at the Vatican embassy in Nairobi during the signing of condolence book in Nairobi on January 3,2023.
Image: ENOS TECHE

Pope passed away on New Year's Eve at his residence at the Vatican’s Mater Ecclesiae Monastery, at 95, almost a decade after he stood down because of ill health.

His lay in rest began on Monday at the Vatican, where his body will be displayed for three days in an open casket at St Peter's Basilica, with people allowed to pay their respects until 7 pm each evening. 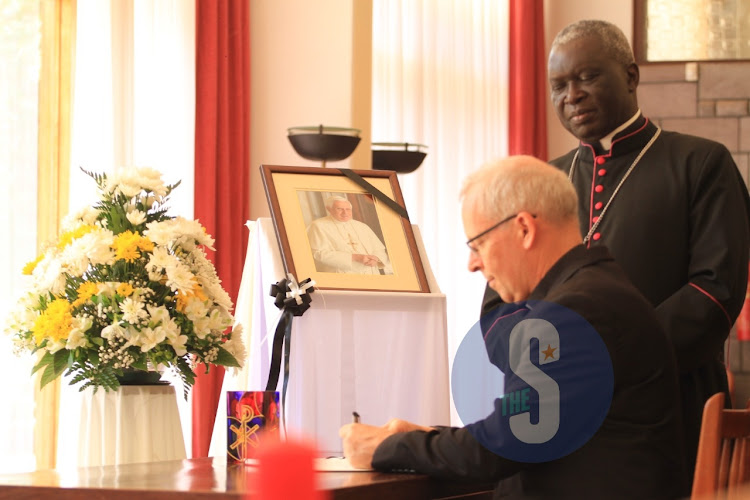 A portrait of Pope Benedict XVI is seen displayed as Apostolic Nuncio in Kenya Archbishop Bert Van Megan at the Vatican Embassy in Nairobi on January 3, 2023.
Image: ENOS TECHE

Pope Benedict will be buried on January 5.

In its communication, the Vatican said the service will be simple, solemn and sober.

The funeral will take place in St Peter's Square before Pope Emeritus is laid to rest in the tombs beneath the Basilica. 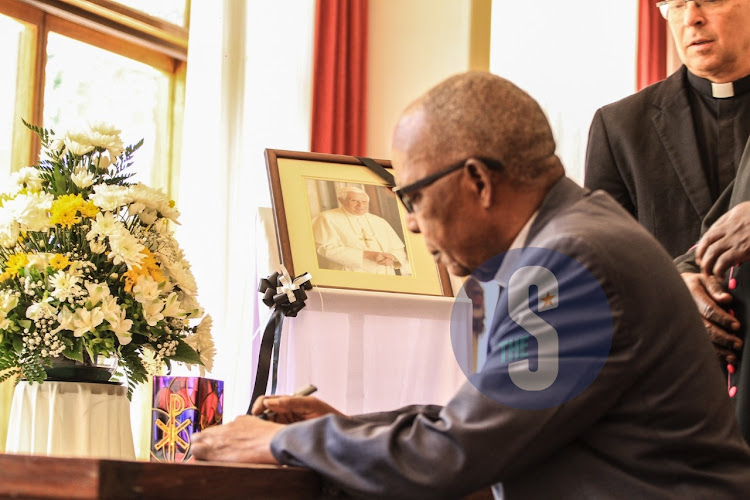 A portrait of Pope Benedict XVI is seen displayed as Cardinal John Njue leads in signing of condolence book at the Vatican Embassy in Nairobi on January 3, 2023.
Image: ENOS TECHE 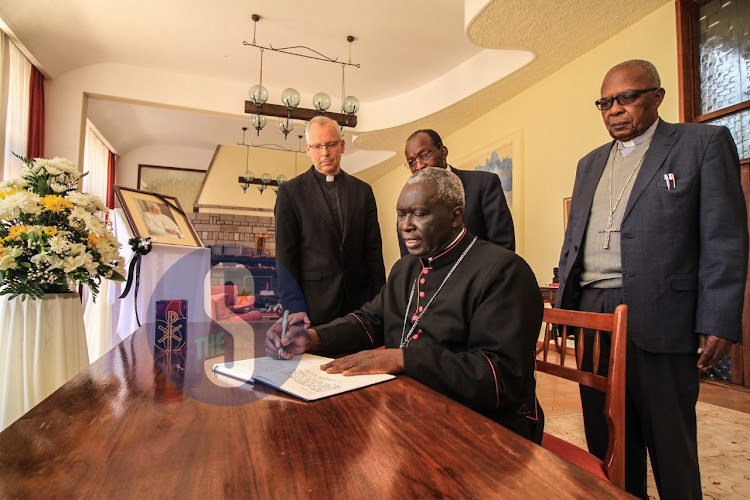 Former Pope's lying in state begins at the Vatican

Pope Francis will preside over Thursday's funeral.
News
1 month ago

As dawn broke over the Vatican, a queue had already formed
News
1 month ago

His body is expected to lie in State at the St. Peter’s Basilica from Monday
News
1 month ago
Post a comment
WATCH: The latest videos from the Star
by SHARON MWENDE
InPictures
03 January 2023 - 17:34
Read The E-Paper