Ruto’s convoy left the State House for Nyayo Stadium at around 9:45 am.

• Ruto’s convoy left the State House for Nyayo Stadium at around 9:45 am. 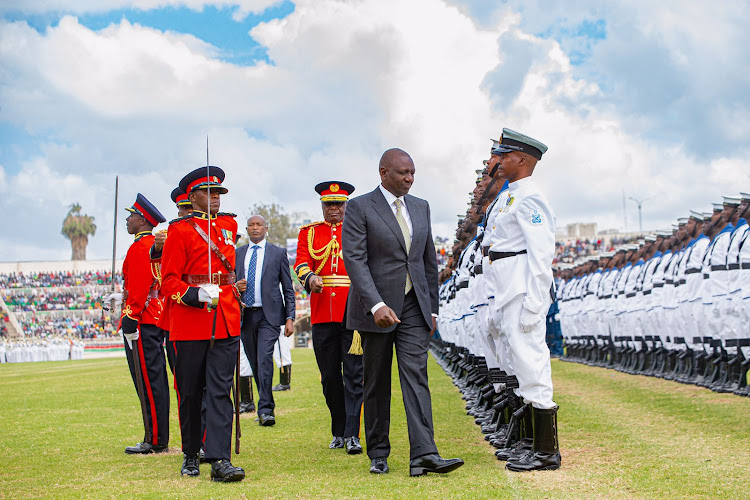 Ruto’s convoy left the State House for Nyayo Stadium at around 9:45 am.

General Robert Kibochi received him as the Chief of the Kenya Defence Forces while his wife dressed in a yellow-brown patterned Ankara skirt and blouse made her to the VIP dias.

Dressed in a black suit and grey tie, President William Ruto entered his ceremonial open Land-Rover for the military ceremony.

The first time he used the ceremonial land rover was on September 13, 2022, when he was sworn in office.

As he went around the stadium, the Kenyan patriotic song “Kenya Kenya Kenya taifa letu” was played.

Members of the public stood in honour as they waved back at Ruto.

At 10:05, Ruto stopped for the national anthem to be sung which was followed by the East African anthem.

He then inspected the guard of honour at 10:01 am where he walked majestically passing the military. 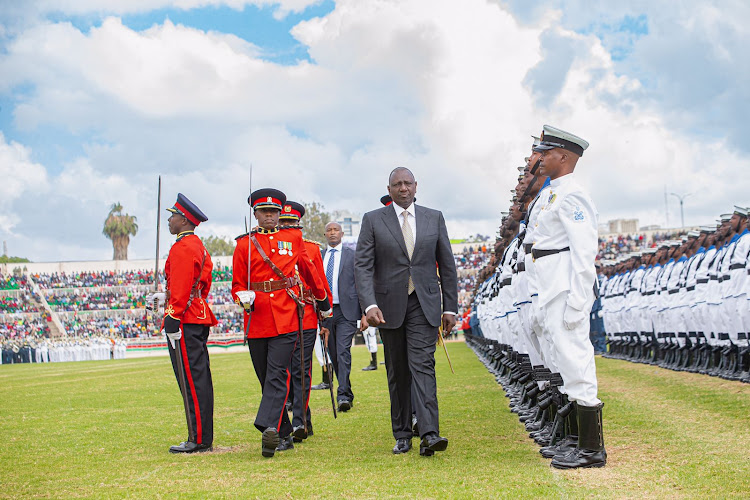 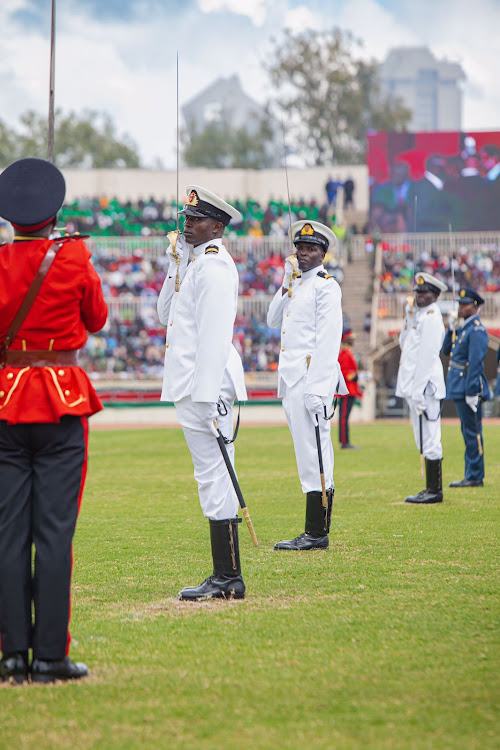 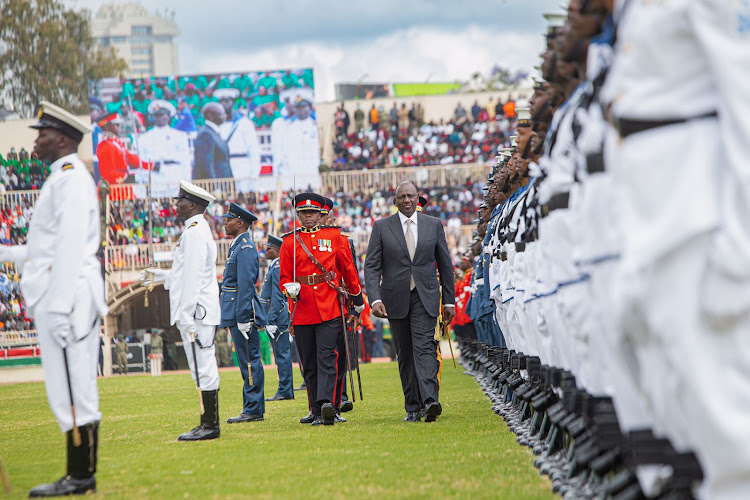 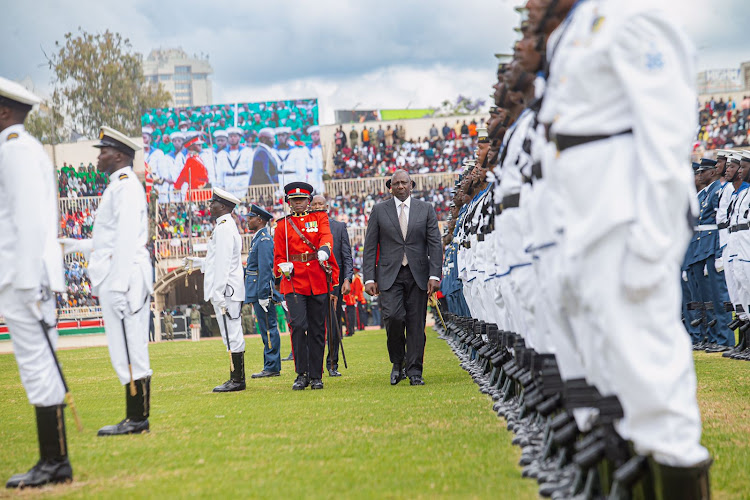 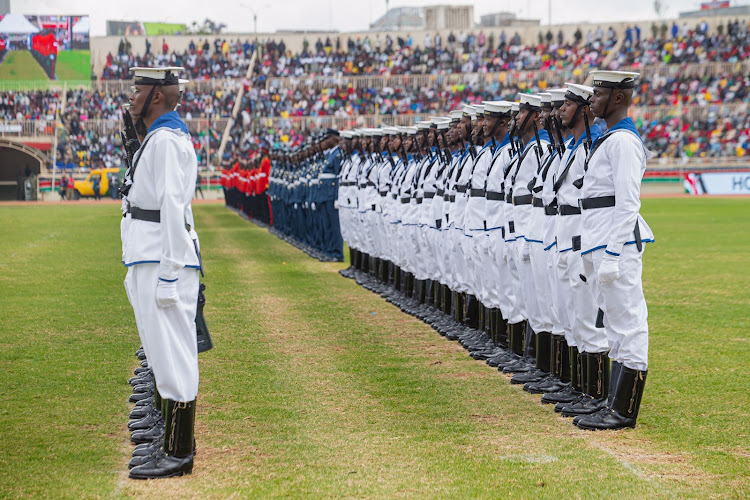 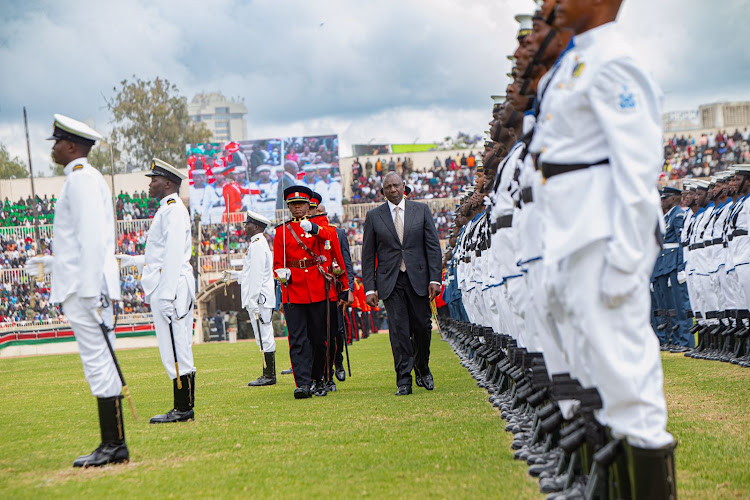 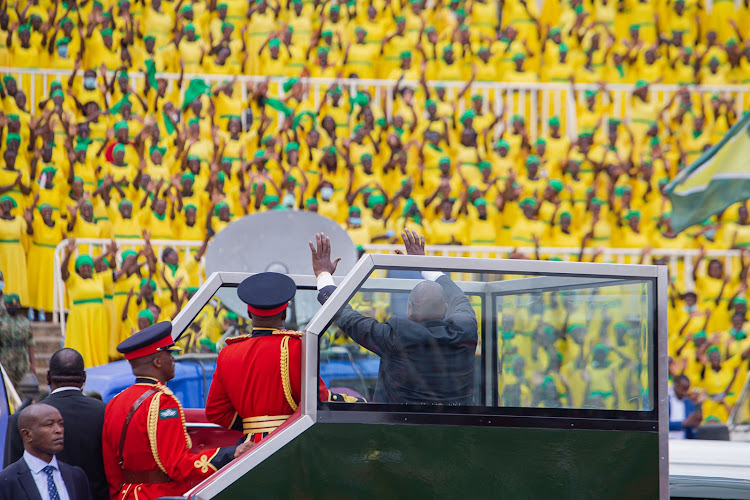