[PHOTOS] : Ruto at the launch of annual state of Judiciary report 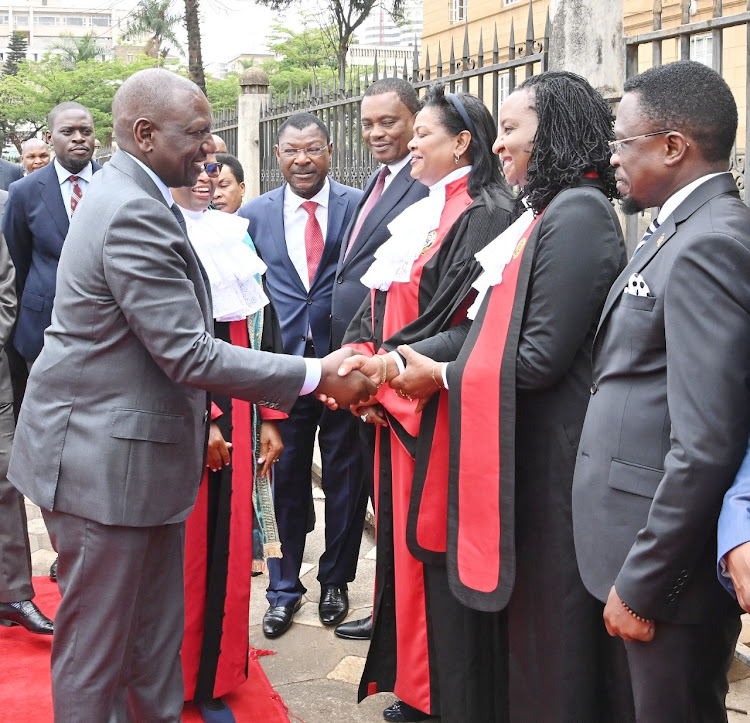 President William Ruto was the chief guest during the launch of the annual state of the Judiciary report on Friday.

Deputy president Rigathi Gachagua had arrived earlier at the event which took place at the supreme court buildings.

Also, Central Bank of Kenya Governor Patrick Njoroge and the Director Directorate of Criminal Investigations Amin Mohamed were in attendance.

The Report is an important document for Judiciary as it touches on accountability, a mode of communication to the public, enhancing the administration of justice in the country and allows the Judiciary to demonstrate how it has executed its mandate in accordance with the constitution. 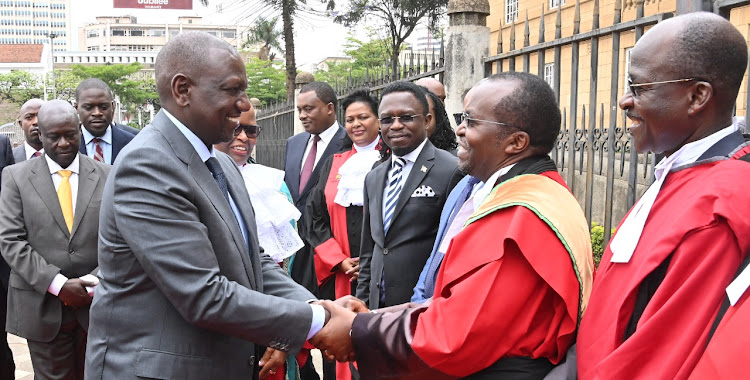 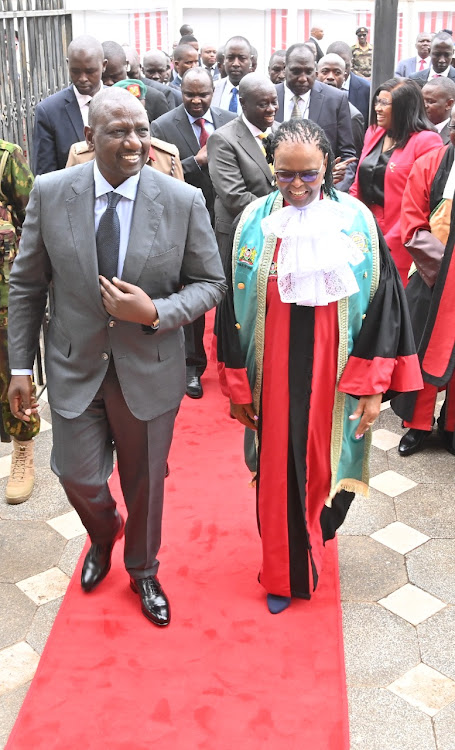 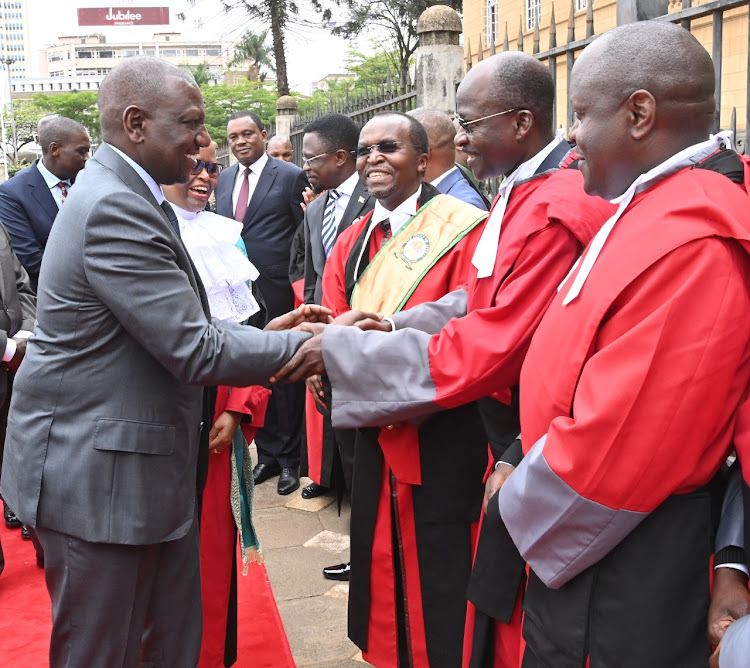 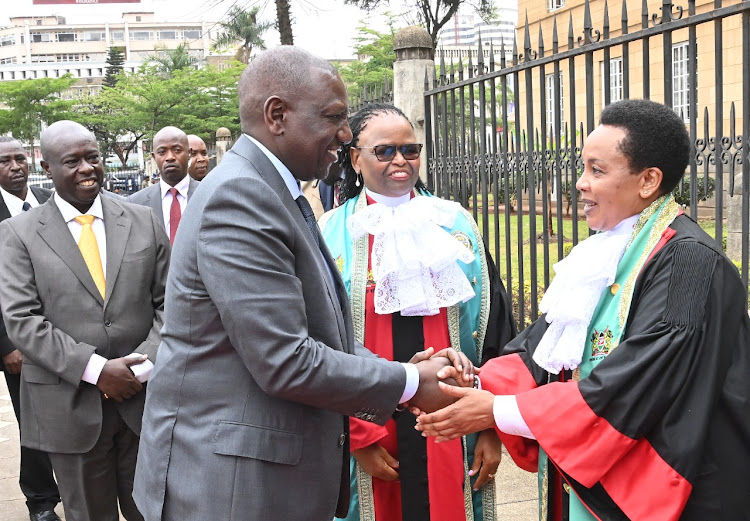 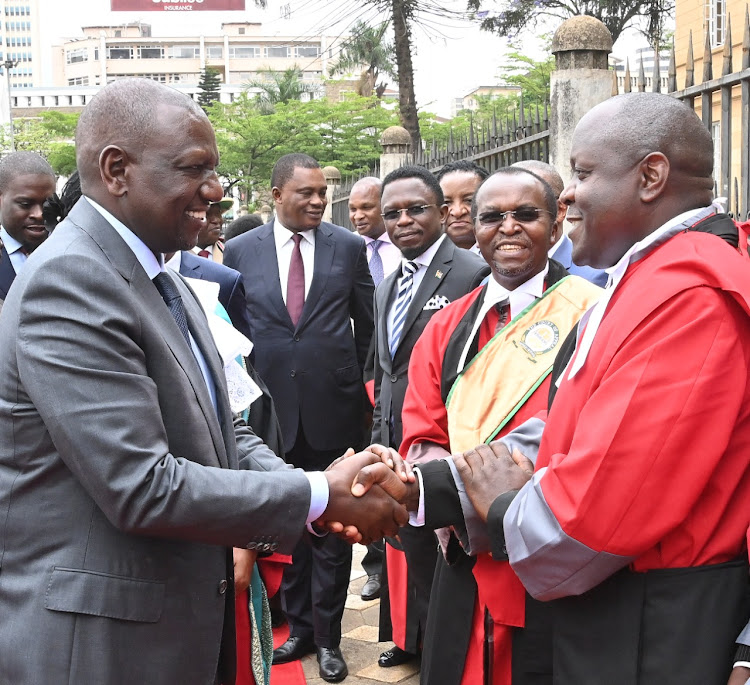 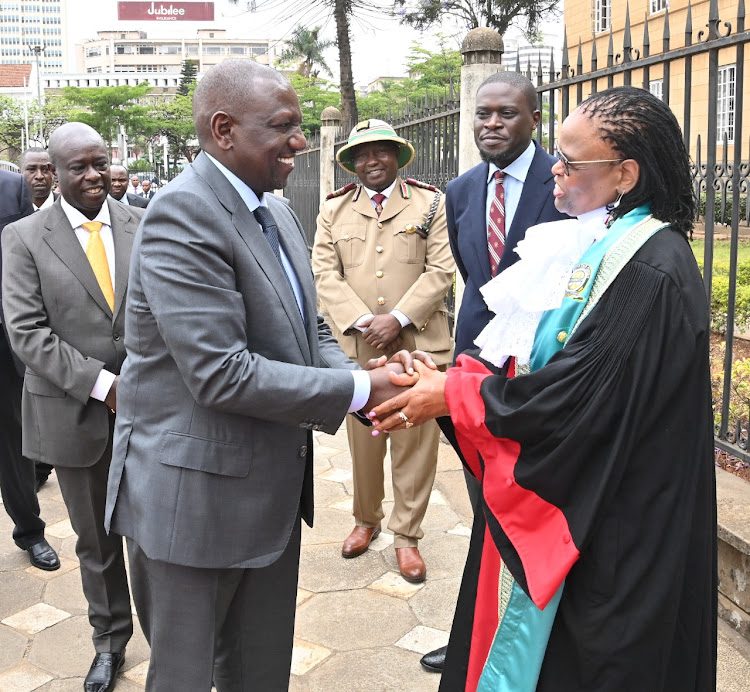 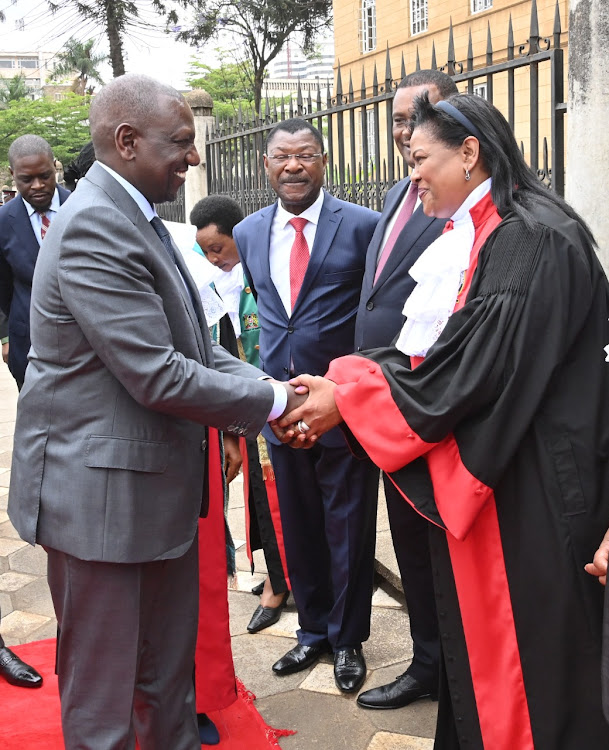 Ruto arrives for launch of annual state of Judiciary report

Gachagua had arrived earlier at the event which is taking place at the Supreme Court buildings.
News
1 month ago

Ruto shocked by poor state of toilets at Supreme Court

CJ Koome said the toilets within the court building were not in good condition.
News
1 month ago
Post a comment
WATCH: The latest videos from the Star
by MAGDALINE SAYA REPORTER
InPictures
04 November 2022 - 14:00
Read The E-Paper