[PHOTOS] 16 bodaboda riders in court over assault of female driver

Police are seeking to detain them for 20 days.

• On Monday, IG Mutyambai said five motorcycles had also been seized over the assault case.

• CS Fred Matiang'i had condemned the incident and called for immediate arrest of those involved. 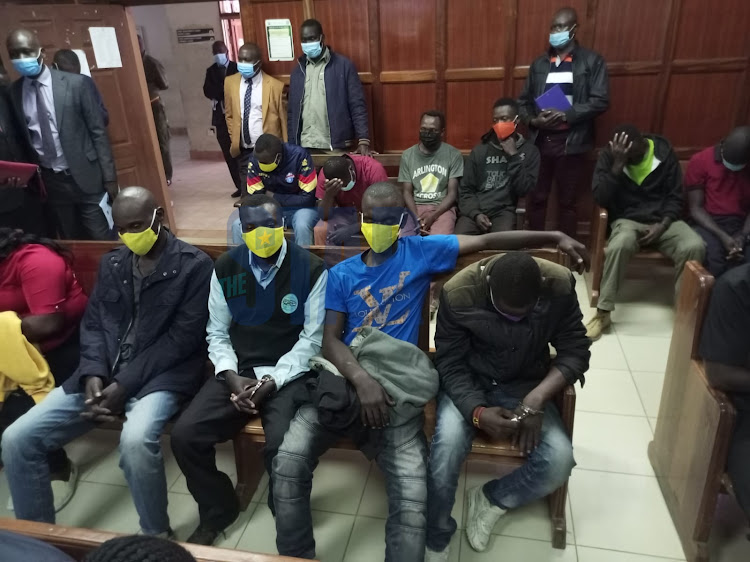 16 bodaboda riders who were arrested in connection to the incident where a female motorist was assaulted by a group of bodaboda operators along Wangari Maathai road were arraigned on Wednesday.

They appeared before Milimani court where police are seeking to detain them for 20 days to complete their investigations.

On Monday, Inspector-General of Police Hillary Mutyambai said five motorcycles had also been seized over the assault case.

CS Fred Matiangi had condemned the incident and called for immediate arrest of those involved.

Matiang'i termed the incident as disgusting even as he expressed his commitment to bringing to book those involved.

The incident occurred on Friday, March 4, but the matter came to the limelight on Monday, March 7, 2022, after the video was widely circulated on social media.

Nairobi Governor Ann Kananu on Tuesday gave boda boda leaders seven days to avail themselves for an open discussion regarding their conduct within the county.

The county boss stated that unruly and uncouth behaviour will not be tolerated within Nairobi.

"Nairobi must be safe for every motorist and I extended my arm for consultation with the bodaboda operators. I give them seven days to reach out to the county," Kananu said. 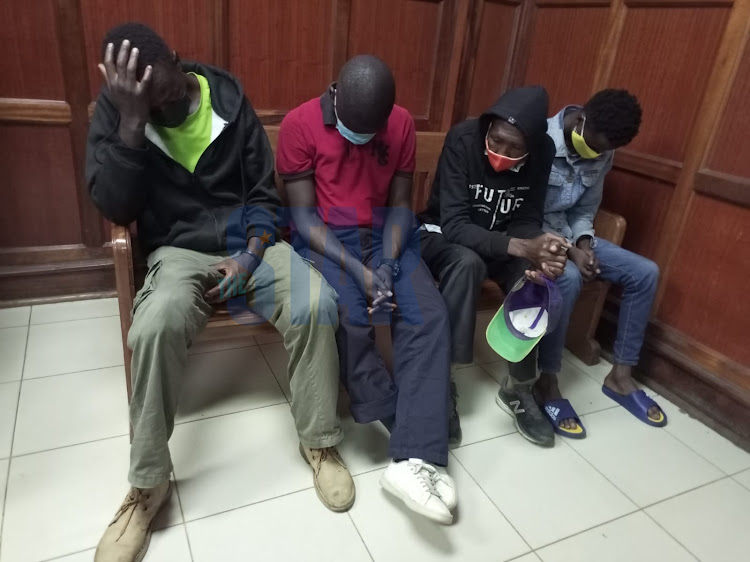 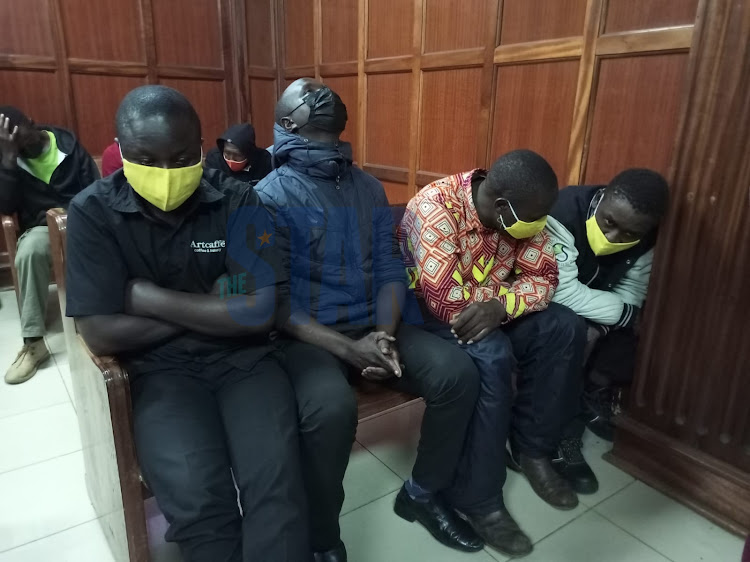 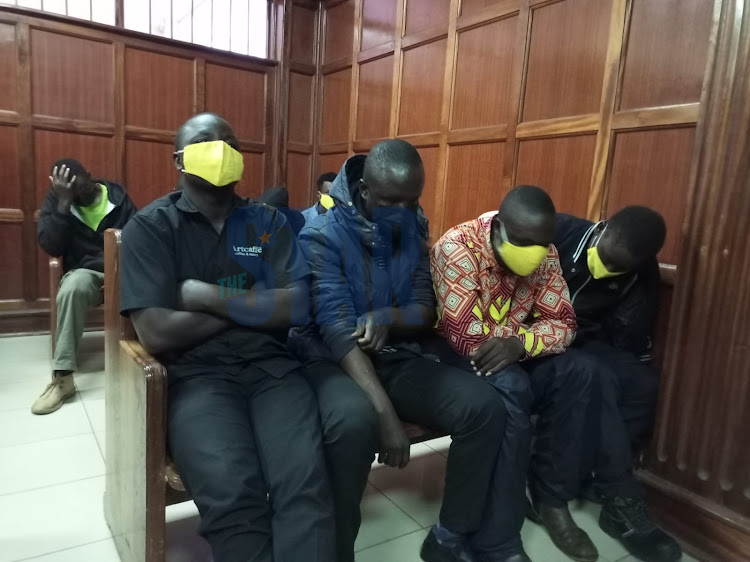 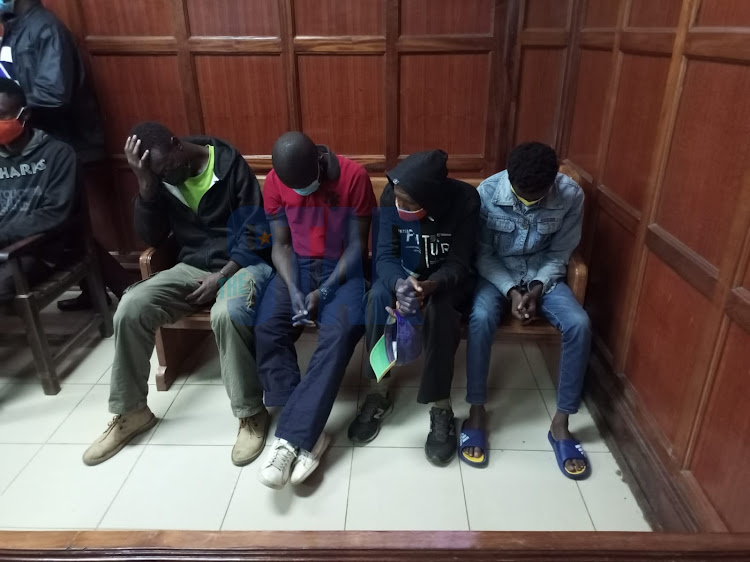 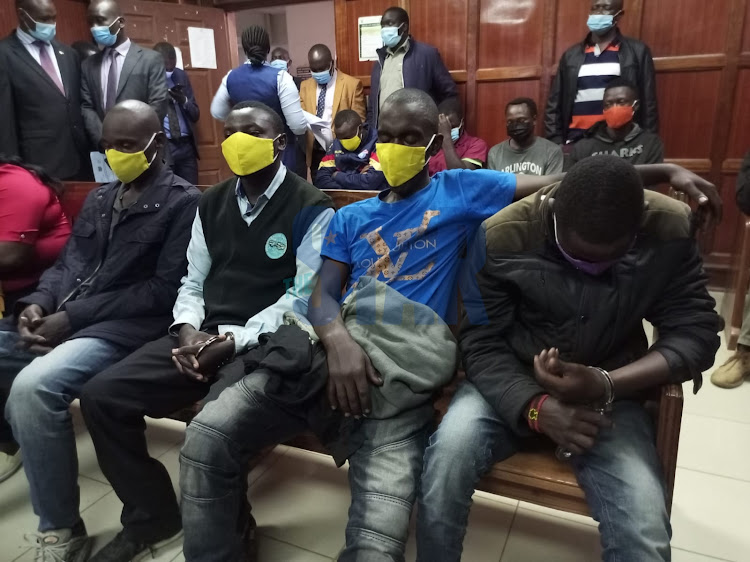 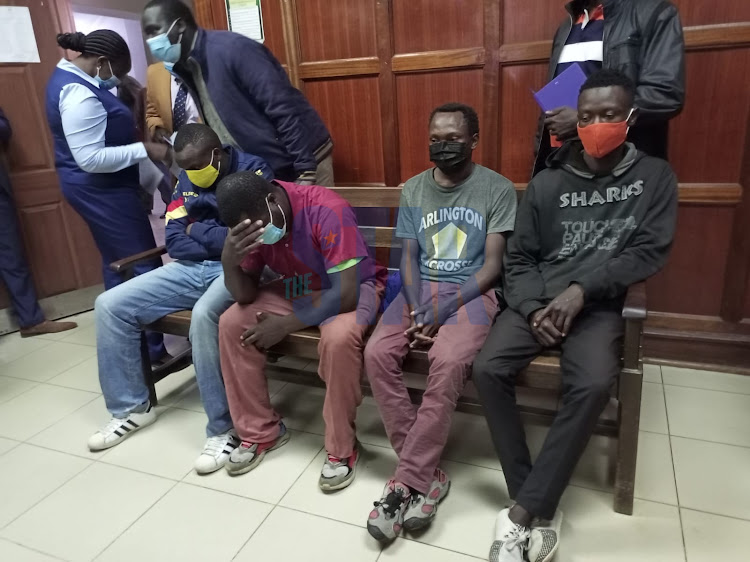 The incident happened on the Wangari Maathai road on Friday.
News
2 months ago

Do not harass those not involved in bodaboda business, police told in new operation

Mbugua told the officers not to arrest those involved in legal courier services.
News
2 months ago
WATCH: The latest videos from the Star
by TRACY MUTINDA Lifestyle, Entertainment Writer
InPictures
09 March 2022 - 12:33