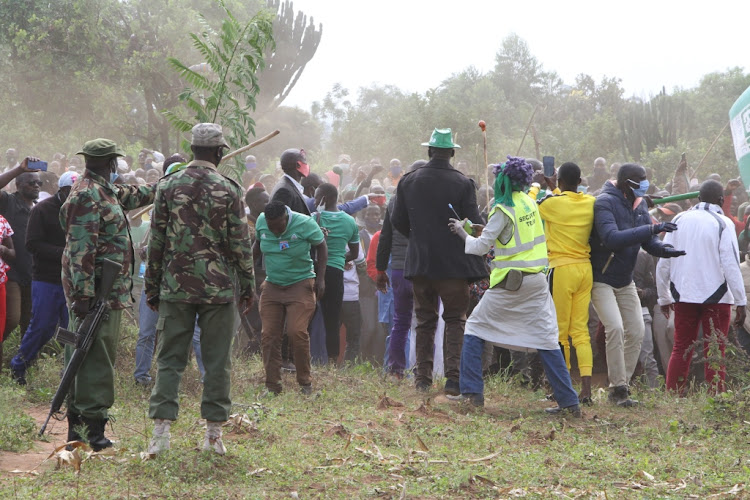 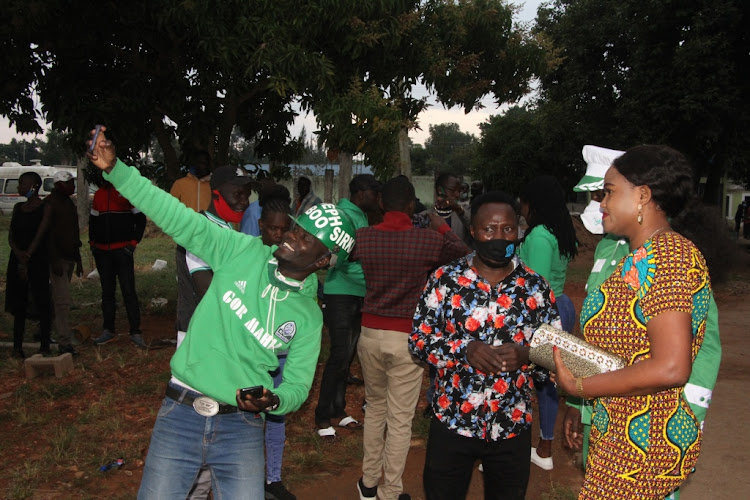 Popular Ohangla singer Lady Maureen was buried on Saturday in a ceremony that saw Gor Mahia fans break Covid-19 rules to attend the send-off of a musician who immortalised the team's achievements in her songs.

Lady Maureen serenaded Gor fans with the team's praise songs which are still sung today whenever the Kenyan Premier League champions are playing.

And it was their turn to honour their artiste.

At the crack of dawn on Saturday, Gor Mahia fans clad in white and green - the team's colours - stormed the Ojele Memorial Hospital Mortuary in Migori to pick the body of the musician for burial at Kopanga village at the border of Kenya and Tanzania.

The border currently remains closed to curb the spread of Covid-19.

The fans mourned and ululated, some blowing vuvuzela and horn as they escorted the body home.

“We have come to bury our hero. In life, her songs kept the spirit of our football team alive and we must give her a befitting send-off,” said Jaro Soja, Gor Mahia Football Club's number one fan.

Maureen Achieng, popularly know as Lady Maureen, was buried in her family home a few minutes after midday. Despite her huge fame and popularity, only a small akumba (traditional Luo single room mud-walled hut) was hurriedly built for to signify a homestead.

Luo customs dictate that a woman of marriageable age is not buried in her parent's homestead.

Jack Ochum who worked with Lady Maureen at Jully Boys Band under Princess Jully said they lived as husband and wife for six years.

He looked on as his ex-wife was buried as if she was never married.

Ochum, who tried to have Lady Maureen buried in his home, said he chose to stand far away from the crowd so he could not be recognised.

“We lived for six years before she moved over to sing in Tony Nyandundo’s band. Even though I never paid dowry, I was the last known man who could have acted as her husband,” Ochum said.

Musicians who thronged the funeral eulogised Lady Maureen as an icon in Luo music whose songs immensely helped shaped the industry.

Dola Kabbary said Lady Maureen’s death brought to light calls by musicians to invest in their lives and future by taking their career as business ventures.

“We should never blame politicians and people we praise in our songs during hard times. Musicians should use their popularity to translate into monetary gain," the Luo Benga maestro said.

Her mother, Margret Atieno, said the musician had been discharged from Pastor Machage Hospital. The last medical facility she was admitted to during her three-year battle with illness.

“She was bedridden for the past year before she departed. We are still in shock because she was the family pillar,” Atieno said.

Lady Maureen was born on November 22, 1984 at Seme Kombewa village in Seme constituency, Kisumu county before the family relocated to Migori.

The family said the musician predicament started in April 2018 when she was arrested together with 15 band members for performing in Mwanza, Tanzania without a work permit.

The group was sentenced to a year in jail with an optional fine of Sh35,000. The amount was raised by fellow musicians to secure the group's release.