Why we want our rights - lesbians, gays

On Friday LGBT supporters went to court for anticipated ruling, but were disappointed by postponement to May 24. 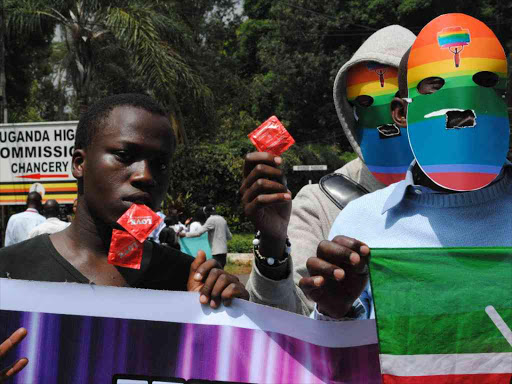 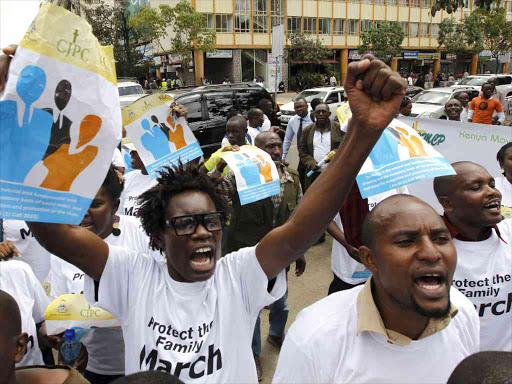 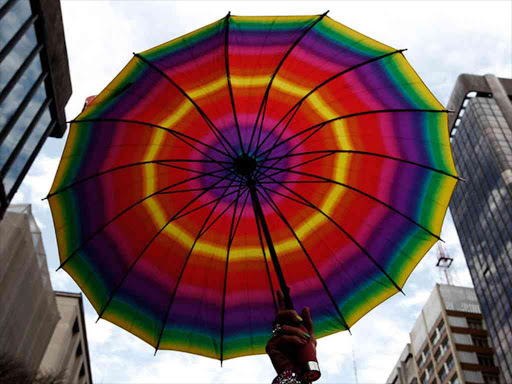 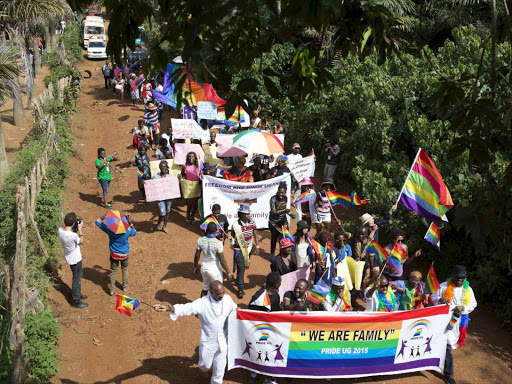 Perhaps you have always wondered if your father, mother, sibling or child might be gay, lesbian or bisexual. Or maybe your teen has just ‘come out’, telling you he or she is gay.

While some seem comfortable with reporting their sexual orientation, they face widespread bias and even persecution. That’s why most others struggle to open up about their identity with friends, family and colleagues. Some are in denial.

On Friday some courageous LGBTQs — Lesbian, Gay, Bisexual, Transgender, and Queer/Questioning — came out of the closet and openly declared their sexual orientations to the public and reporters outside the Milimani law courts. A ruling on gay rights had been postponed.

Fifty-year-old evangelist Jacinta Nzilani shocked many outside the Milimani law courts when she declared that she’s a lesbian, while serving as a full-time gospel evangelist in Nairobi.

Nzilani, a widow, says she chose to live with another woman because of the inhumane treatment she received from her in-laws when her husband of 25 years died.

“I am a lesbian. I am a widow and a woman who stayed with her husband for more than 25 years. After he died, I was treated badly by my in-laws and that is how I decided to live with other women as lesbians,” Nzilani said.

The evangelist said she was under immense pressure to re-marry, something she had zero interest in. Consequently, she lost her church.

“I feel so good and comfortable with other lesbians. I lost my church, Sojona church, due to what I went through, and I joined another lesbians’ church near Odeon,” she said.

Jacinta had accompanied other members of the LGBT for a highly anticipated ruling on Friday about gay rights — specifically whether homosexual acts, even in private and involving adults, should be decriminalised.

The High Court, however, postponed until May 24 a ruling on whether to strike out or uphold a colonial-era law banning gay sex.

On Friday, Senior Counsel Paul Muite, who is representing the LGBT rights groups, faulted the Judiciary for failing to notify the parties that the judgment would be deferred.

“They have got contacts of everybody and lawyers would appreciate if the Registrar of the High Court got in touch with them. In this particular case, we had observers from all over the world. It would have been courteous if they were told in advance because they would not have travelled,” he told the Star

According to Muite, the petition was about protecting the rights of the minority and has got nothing to do with the views of the majority.

“The Constitution is about protecting the rights of the minority. That is what the Judiciary is there for. It does not matter how big the majority is. That minority needs protection,” he said.

Campaigners say the colonial-era law violates Kenya’s progressive 2010 Constitution, which guarantees equality, dignity and privacy for all citizens. They also submitted arguments based on India’s rejection of a similar discriminatory law in August.

It’s not completely known why someone might be lesbian, gay, straight, or bisexual. But research shows that sexual orientation is likely caused partly by biological factors that start before birth.

“People don’t decide who they’re attracted to, and therapy, treatment, or persuasion won’t change a person’s sexual orientation. You also can’t ‘turn’ a person gay. For example, exposing a boy to toys traditionally made for girls, such as dolls, won’t cause him to be gay,” said gay rights activist David Kuria. Similarly, you can’t ‘turn’ a gay person straight, he and others argue. They too spoke on the courthouse steps.

He explained that many LGBTQs probably started to become aware of who they are attracted to at a very young age.

“This doesn’t mean that you had sexual feelings, just that you could identify people you found attractive or liked. Many people say that they knew they were lesbian, gay, or bisexual even before puberty,” Kuria said.

Mark (not his real name), a 24-year-old homosexual, said he started having gay sex after he met a man in Mombasa who “hooked me up”.

“I had been searching for my identity for a long time. My mum even tried to introduce me to girls but I was never attracted to them. Instead, I felt really nice when men touched me,” he said.

He added, “Once this friend introduced me to a white man, I fell in love with him and since then I have been very happy,” Mark said.

John Mwangi, a student at the Kenya School of Law, comes from Nakuru. Although he has been ‘married’ to a white man who stays with him in Westlands, he is yet to break the news to his parents, who send him monthly rent and upkeep in a hostel.

“I was hoping the court will give us our rights. I want to tell my parents I have been married for three years now. I want to formalise it because I have found the love of my life,” Mwangi said.

He is one of those asking the court to scrap Section 162 of the Penal Code, which criminalises gay sex as a felony and imposes a a sentence as long as 14 years.

“We are always a target and that’s why we even asked for security when coming here today (Friday) because of the sensitivity of the issue” he said.

Joyce Akinyi, 28, from Kisumu and a civil servant, said it took her three years to come out as gay.

She told the Star, “It was a lot easier to come out among my friends. Most people my age didn’t mind at all and were really accepting.

“My parents and my family were definitely a lot less easy because I feared they will not just judge me but disown me. When I finally told them, they were upset and disappointed by it but they told me they respected my decision and sexual orientation as long as I was happy.”

Akinyi said although her family is generally accepting of her situation, it is still a challenge to come out. Life is bit easier, she said, because of the growing representation of LGBTQ figures in the media and in public life.

“I’m praying that the court grants us our prayers. I want to get married to my girlfriend and live a normal life,” the University of Nairobi graduate said.

“The lady who introduced me to lesbianism was a class ahead of me. Since then I tried to date boys but things never worked. I found myself always attracted to girls and eventually I met my sweetheart five years ago and completely fell in love. I want to marry her,” Akinyi said.

Decriminalisation won’t stop prejudice, but it should end arrests and blackmail, and help rein in assaults and rapes if gay Kenyans no longer fear police, said the National Gay and Lesbian Human Rights Commission, one of the petitioners challenging the law.

The commission has recorded more than 1,500 such attacks against lesbian, gay, bisexual and transgender Kenyans since 2014.

Many Christian and Muslim groups support the colonial-era law, and the Attorney General has argued that decriminalising gay sex could lead to legalising same-sex marriage.

Read: We will not legalise same-sex marriage to get funding - Uhuru

“A gay lifestyle is a threat to our culture and the common good,” said Charles Kanjama, a lawyer for the Kenya Christian Professionals Forum.

In recent years, Kenya’s small openly gay community has grown, including a prominent writer, a journalist, and several activists, although gay public events are rare.

Last year a court briefly suspended a ban to allow a Kenyan film Rafiki, which portrays a lesbian relationship in Kenya, to compete at the Oscars. It had to be shown in cinemas.

Yet public rejection is likely to remain. President Uhuru Kenyatta has said, “Gay rights is really a non-issue.”. Deputy President William Ruto said Kenya has “no room” for gays”. Leader of the Majority Aden Duale once told Parliament that homosexuality was “as serious as terrorism”.

Many Kenyans, like retired military officer Stanley Muigai Kiama, say they will reject gay people, regardless of any court ruling.

“If animals cannot practice same sex [Editor: some animals do form same-sex pairs], how is it that a human being who is created in the image of God can actually pretend to enjoy homosexuality?” he asked.

On July 29, 2013, Pope John Paul, asked about the Vatican’s alleged ‘gay lobby’, told reporters he had no problem with the inclination to homosexuality itself. “Who am I to judge them if they’re seeking the Lord in good faith?” he said. The church officially frowns on homosexuality.

Many Kenyans say they will reject gay people, regardless of any court ruling.

The ruling on gay rights has been postponed to May 24 over challenges with the bench of judges.
InPictures
1 year ago
STAR COMMUNITY POLICY AND PARTICIPATION GUIDELINES
by ANNETTE WAMBULWA, ELIZABETH NGUGI and REUTERS
InPictures
26 February 2019 - 08:51