He founded the Top Hill Brain and Spine Hospital, the biggest private facility in western Kenya providing such services.

• Dr Koech later branched into private practice to take care of the growing need for brain surgeries by founding the TopHill Hospital in Eldoret.

• Tophill Hospital currently has more than 100 operational ward beds, more than 30  specialist and consulting doctors, along with over 4,000 patients per year and over 800 surgical procedures yearly. 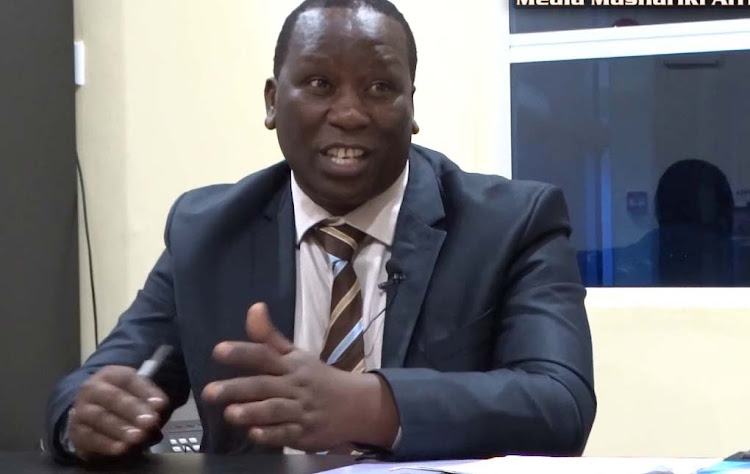 Last week, Dr Florentius Koech spoke to young neurosurgeons in Nairobi about getting into private practice and what to expect.
Image: Tophill hospital

Just like professionals in other jobs, employed doctors relish the steady salary and ability to focus on their core work rather than handle administrative duties.

But as Dr Florentius Koech noted, this can also be limiting. There are employers' rules and the physicians will lack input into key decisions.

Thus many medics dream of starting a private practice as soon as they are registered by the medical council.

Years later, most of these small clinics never grow into full-fledged facilities.

Last week, Dr Koech spoke to young neurosurgeons in Nairobi about getting into private practice and what to expect.

He is currently one of the most successful medical entrepreneurs in Kenya alongside Swarup Mishra of Mediheal, Kibor Lelei of St Lukes Orthopedic and Trauma Hospital and Maxwell Okoth who runs the RFH Hospitals in Nairobi.

Koech founded the neurosurgical unit at the Moi Teaching and Referral Hospital in 2007, where he earned respect for saving many lives during the deadly 2008 post-election violence.

As demand for these operations grew, he founded the Top Hill Brain and Spine Hospital, the biggest private facility in western Kenya providing such services.

Last week, he explained how he was called to begin the unit at MTRH in 2007.

“There was nothing. Nothing neurosurgical, no equipment. And I was supposed to start a neurosurgery service. That kept me thinking, what am I going to do?”

He said many young specialists will also be called upon to set up such units and receive no space and no equipment.

His patients at MTRH began by sharing beds with other patients in the general wards. Dr Koech also realised patients were getting a lot of infections.

“And I wondered why all those infections. And so I discovered many of these patients had surgeries in the traditional way,” he says.

Many of them came from the Marakwet area, where traditional healers still open the skulls of patients and try to treat them.

Dr Koech later branched into private practice to take care of the growing need for brain surgery by founding the TopHill Hospital in Eldoret.

“I had to struggle with companies, banks, to be financed. But my guess is as you grow, you'll find people coming to give you loans, at a cheaper rate than before,” he says.

He also advises medics must build a reputation.

“Why should relatives bring their patients to see you and not your other colleagues? So you need to be somebody with good standing. And that's where reputation comes in.”

He also advises medics must be available. “You could be the best trained but when people ring you, you're not available. They may ring once or twice but in time, you will never have patients because there is a quack somewhere and is available.”

He says many medics are also struggling in private practice because they lack affability.

“Even if you don't want to, be nice to your patients.”

“People also need to know you and what you do. So community outreach programs are important. Go to the community, and talk to the villagers.”

He says medics must also think about patients’ welfare by finding the cheapest equipment that patients can afford.

“For example the screws I used to buy from local merchants, the cost was simply out of reach for most of our patients. And so I need to discover how to make it cheaper for your patients,” he explained.

“And one of the things I discovered is you need to get to the market yourself. So I took time to research and find a way to get the best equipment for myself or for my unit. From about Sh10,000 I discovered I can still get good quality from as little as Sh2,000. And that made a big difference.”

Tophill Hospital currently has more than 100 operational ward beds, more than 30 specialist and consulting doctors, along with more than 4,000 patients per year and over 800 surgical procedures yearly.

Nationally, private commercial health facilities have grown to about 3,696 today, according to the Kenyan Master Facility List.