Dr Ditiu: Why are we giving so little money for TB?

Dr Lucica Ditiu, the Executive Director of Stop TB Partnership, says the world is not very serious about eliminating TB

•We need to ensure that governments will put a lot of money into the TB response. About three times increase in every single country.

•So what Kenya needs to do, in my opinion, first is to develop a plan for Kenya to end TB by 2030. TB in Kenya kills one in three people living with HIV/Aids. So unless we end TB we will not be able to end HIV. 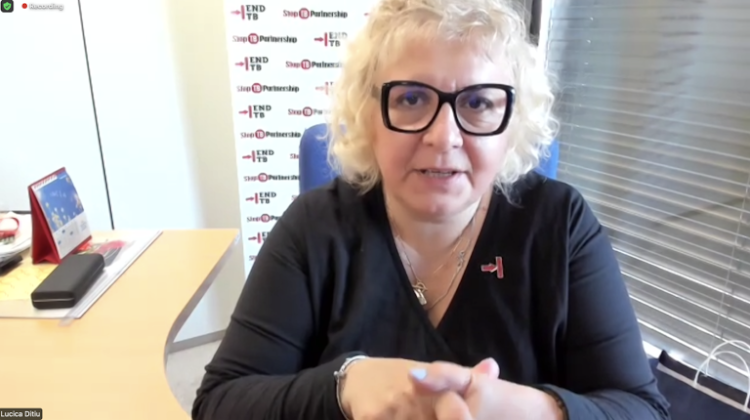 Dr Lucica Ditiu, the Executive Director, spoke to Star's John Muchangi on why TB remains an orphan disease and why the world needs to eliminate it by 2030.

TB infection is often shrouded in shame. It remains an orphan disease yet about 100,000 Kenyans were diagnosed with the infection last year, and about 21,000 died -double the number of malaria deaths. Patients still rely on the generosity of donors such as Global Fund for their treatment.

Children rely on a 100-year-old vaccine that is ineffective in adolescents and adults.

In 2000 international agencies, government ministers, and donor groups formed the Stop TB Partnership with the mission of eliminating tuberculosis. The partnership is hosted by the United Nations in Geneva.

Dr Lucica Ditiu, the Executive Director, spoke to Star's John Muchangi on why TB remains an orphan disease and what the world needs to eliminate it by 2030.

The Global Fund to Fight Aids, Tuberculosis and Malaria didn’t meet the goal of US$18 billion dollars at the replenishment conference last month, what does that mean to TB?

Yes, the goal was US$18 billion, and $14.2 billion was obtained without UK and Italy, which are obviously two big donors.

My expectation is that when they come in, probably this replenishment will reach $15 billion, and it is now the largest ever replenishment of the Global Fund. And it's remarkable that it happened during these times when we have Covid, climate change, energy crisis, food crisis, wars and conflicts in so many parts of the world.

This is unfortunate because TB remains for Global Fund an orphan disease. HIV is the favourite child. And malaria. Maybe it will not even reach $3 billion for TB, probably about $2.6 billion.

So the Global Fund was not the full answer to the TB crisis. What it means for the TB community is that you have very little, so you need to be very smart. The other thing which is also very important is to push for strong domestic resources.

We need to ensure that the governments will put a lot of money into the TB response. About three times increase in every single country.

You called TB an orphan disease in global health. Why?

For three reasons. One is, in spite of all our huge efforts, very few people speak about TB and people with TB, in the global space. It continues to be forgotten.

And because it mostly affects the poor, they are not in the face of donors, of televisions, of the media. So when you are not very visible, you don't get attention, and you don't get money.

Also, you know, the treatment for TB is very cheap, it's around $40 to $50 for six months. And most of the treatments, the government will provide for free. So the big pharma don't make much money from TB. It is not a disease that lasts for the entire life, like HIV. This is a disease that lasts for six months. So there is not too much interest, because in this world money matters.

Countries which have a lot of TB are the countries where Covid-19 vaccines arrived last. So they have the biggest vulnerabilities. So this is the second reason that is an orphan.

And the third is the fact that TB is still associated with huge stigma. For whatever reason, in the heads of people, it is very shameful to have tuberculosis. People are embarrassed, they fear I don't want to say that I have TB because my daughter might not get married, my son will not get married. My husband might leave me.

We have many cases in which couples divorced because one of them got tuberculosis and the other wanted to stay away from him or her.

And then I think there are also political reasons. It gets the least share of Global Fund yet TB kills more people than HIV and malaria together. If you ask a child to whom you give more money if you have three diseases, where one kills more than the other two together. Will you give that disease the least? It makes no sense. 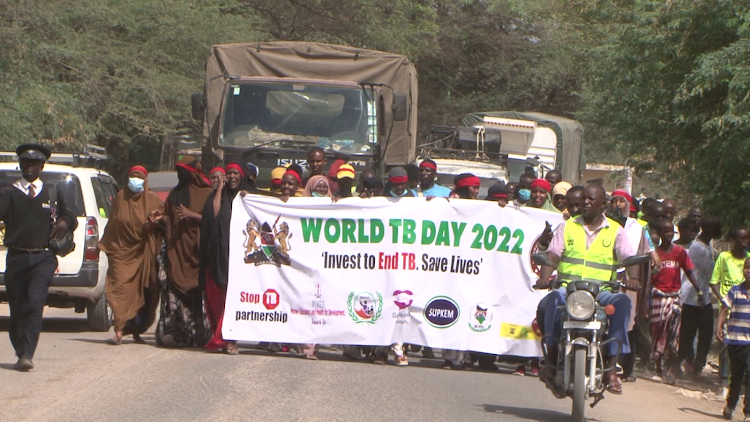 GET SCREENED: Health stakeholders in Garissa town sensitise residents on the importance of going for TB screening and treatment earlier this year.
Image: FILE

The Global Plan to End TB 2023-2030 ('Global Plan') shows from now up to 2030, a global investment of US$250 billion could save millions of lives through early diagnosis and treatment of 50 million people with TB. What will it take to make such an investment?

The $250 billion is between now and the end of 2030. So it's basically around eight years. And it's in the entire world. So it includes all the countries in the world. A lot of that investment is domestic. The national governments must really recognize it’s their disease. They need to put their own money for their own people. Then, of course, donors, one of them being the Global Fund.

Kenya is one of the 30 high-burden countries that together account for more than 80 per cent of the world's TB cases.  Is it possible to end TB as a public health challenge by 2030?

To be honest, it is possible everywhere. What people need to understand is that ending TB, HIV or malaria is not about going to zero. You know, it's not about getting zero. It is about decreasing the number of cases to less than 20 cases per 100,000 people.

It will be a manageable number, not the numbers we have right now.

In the Global Plan, we have described the package of interventions that need to be put in place to arrive there.

So what Kenya needs to do, in my opinion, first is to develop a plan for Kenya to end TB by 2030. TB in Kenya kills one in three people living with HIV/Aids. So unless we end TB we will not be able to end HIV.

So Kenya needs a plan to say, okay, if we want to end this disease, what do we have to do, and how much it will cost? The plan will be very expensive for sure. Because the core of it is that every single human being in Kenya, that has TB, should be properly diagnosed and treated for this disease with the latest drugs and diagnostics recommended internationally.

The second thing is to give visibility to TB in Kenya. I am sorry to say, but the Kenya government is looking very much at HIV, not really realizing what bad situation tuberculosis is.

The current TB vaccine, the BCG is 100 years old since it was first administered to humans. Do you think it's still possible to have a new vaccine by 2025?

It's possible if we get the money. Without money, we are not able to do anything. And that's why I'm so fed up to say, we got billions and billions for the development of vaccine of Covid. We only need $1 billion to get some of the TB vaccines that we have right now in the pipeline through phase three, and to have the vaccine.

If we have the money, it's possible. If we don't have the money, forget about it. We are speaking now to the World Health Organization, they want to do a summit on vaccines and we from Stop TB want to push this summit to become a funding Summit. We need the money to make another vaccine possible and, so far, we still don't have them.

Post a comment
WATCH: The latest videos from the Star
by JOHN MUCHANGI Science Editor
Health
17 October 2022 - 12:33
Read The E-Paper