• The study suggested that on very warm nights, those greater than 30 degrees Celsius, our sleep declines an average of over 14 minutes.

• This is a worrying revelation considering that too little sleep can make a person more susceptible to disease and chronic illness. 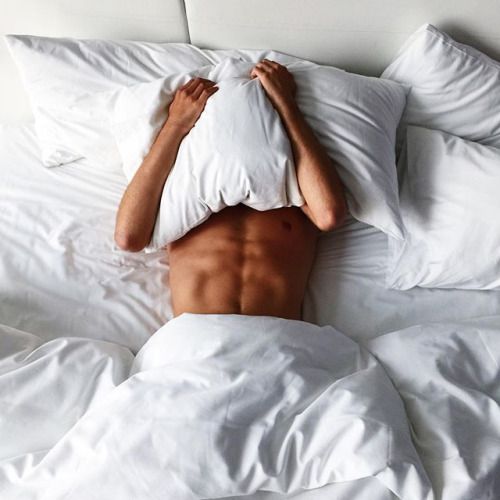 As Kenya battles a drought crisis across 23 counties, researchers have warned that rising global temperatures are threatening to worsen the situation.

Projections by the  World Health Organisation (WHO) published in 2021 indicate that climate change is estimated to be causing 250,000 deaths annually.

A new research published in the journal One Earth now  now suggests that the increasing temperatures are negatively affecting human sleep across the world.

This is a worrying revelation considering that too little sleep can make a person more susceptible to disease and chronic illness.

"What our study shows is not only that ambient temperature can play a role in disrupting sleep but also that climate change might make the situation worse by driving up rates of sleep loss," lead researcher Nick Obradovich said.

Researchers estimated that by the year 2099, warmer temperatures could result in people sleeping 50 to 58 hours less per person per year.

That's on average about eight to 10 minutes of sleep per night.

The Centres for Disease Control and Prevention (CDC) recommends that adults get seven to nine hours of sleep every night.

"Sleep has been well-established by other researchers as a critical component of human health. Too little sleep can make a person more susceptible to disease and chronic illness, and it can harm psychological well-being and cognitive functioning," Obradovich said.

The team used climate projections for 2050 and 2099 by NASA Earth Exchange for the study and collected data from 68 countries including large parts of Africa, Central America, South America, and the Middle East regions that already rank among the warmest in the world.

The climate projections indicated that many of the countries within the regions will be disproportionately exposed to some of the highest temperatures and most cold days in the future.

The link between sleep and climate change

How temperature fluctuations impact changes in sleep outcomes in people living across a variety of global climates has long remained unclear but this is their evidence.

"We show that this erosion occurs primarily by delaying when people fall asleep and by advancing when they wake up during hot weather." 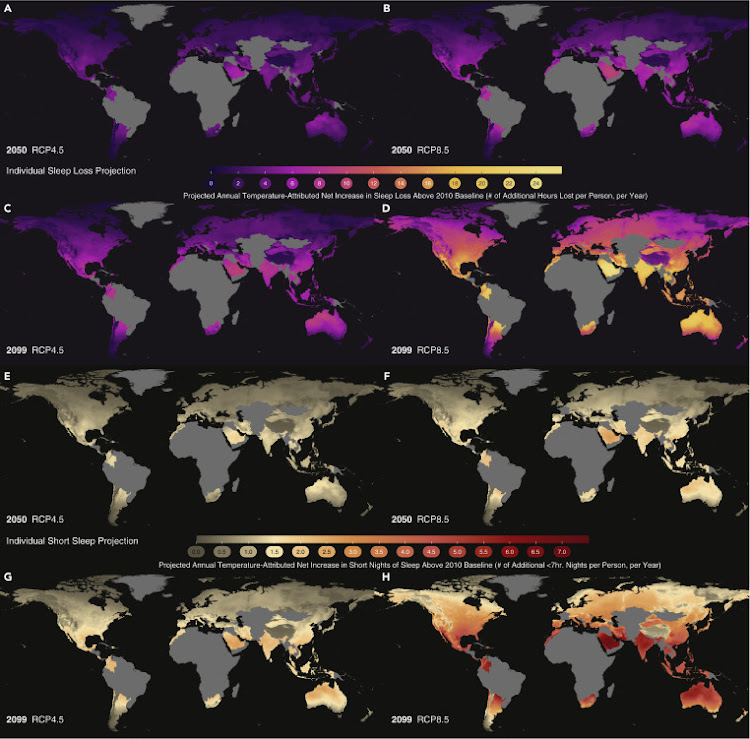 (E–H) Global impact maps projecting the individual excess count of temperature-attributed nights of short sleep by 2050 and 2099
Image: ONE EARTH

The study suggested that on very warm nights where temperatures are greater than 30 degrees Celsius, our sleep declines an average of over 14 minutes.

With rising temperatures, the less likely we are of getting seven hours of sleep.

"Our bodies are highly adapted to maintain a stable core body temperature, something that our lives depend on," Minor says.

"Yet every night, they do something remarkable without most of us consciously knowing. We shed heat from our core into the surrounding environment by dilating our blood vessels and increasing blood flow to our hands and feet."

Minor added that in order for our bodies to transfer heat, the surrounding environment needs to be cooler than we are.

That is why we either sweat, drink cold water, remove extra blankets or turn on the AC.

Researchers, however, noted that more research is needed in the topic across different regions in the world especially where it is the hottest and the team would like to collaborate with global climate scientists, sleep researchers and tech experts.

Without proper sleep, insomnia, diabetes, depression and irritability will be part of your routine.
Health
2 months ago
Post a comment
WATCH: The latest videos from the Star
by MARGARET WANJIRU Health & Lifestyle Journalist
Health
28 September 2022 - 18:25
Read The E-Paper