•The cause of endometriosis is not known. There is no cure. It often takes up to around a decade to get diagnosed.

•It may be linked to infertility. And then there is the chance that the pain itself makes patients vulnerable to other conditions. 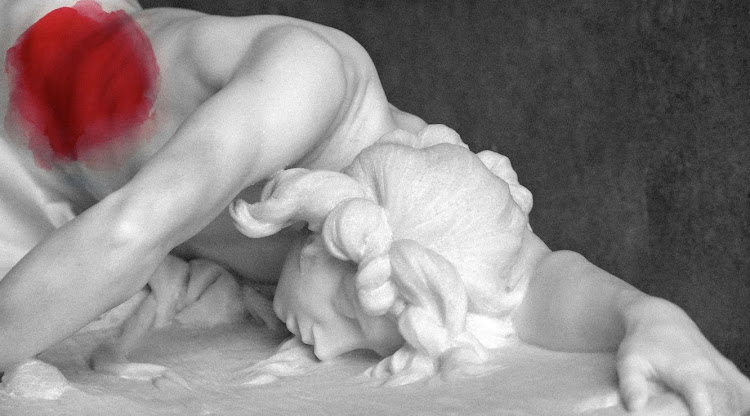 My painful periods started when I was about 14. I wore heat patches to school in the hope that they would help me last through the day.

Sometimes they did. But sometimes I ended up in sick bay writhing in agony on the fold-out bed, where the receptionists didn’t know what to suggest because I’d already had my appendix removed.

Ten years of pain later, I’m finally in the process of being diagnosed with endometriosis. But far from simplifying my issues, I’ve seen during my many doctor’s appointments that the disease remains poorly understood – and that its diagnosis and treatment can be a complicated and life-long ordeal.

Endometriosis is a gynecological condition associated with menstruation where tissue similar to the lining of the womb is found in other areas of the body, including the fallopian tubes, pelvis, bowel, vagina, and intestines.

While there are many lesser-known health conditions which are underfunded and under-researched, few are as common as endometriosis, which affects about 176m people globally.

Pain isn’t the only consequence of endometriosis.

One study across 10 countries found that endometriosis costs each patient an average annual total of €9,579 in healthcare, productivity and quality of life costs – that’s more than €26 a day.

It may be linked to infertility. And then there is the chance that the pain itself makes patients vulnerable to other conditions.

“We have good evidence that having serious pain alters your central nervous system, alters how you respond to pain in the future and makes you potentially more susceptible to other chronic pain conditions,” says Katy Vincent, a senior pain fellow at the University of Oxford.

The historic underestimation and misunderstanding of endometriosis continues to inform modern medicine.

The cause of endometriosis is not known. There is no cure. It often takes up to around a decade to get diagnosed, and the only means of definitive diagnosis is a form of keyhole surgery known as laparoscopy.

I never remember a single GP or hospital doctor, anybody, saying the word ‘endometriosis’. Or just even asking the right questions – Alice BodenhamI spoke to three women now diagnosed with endometriosis, all in their 20s and 30s.

Along the way, all three had been misdiagnosed with other conditions and had their symptoms dismissed or underestimated.

“I never remember a single GP or hospital doctor, anybody, saying the word ‘endometriosis’. Or just even asking the right questions,” says Alice Bodenham, 31. “It’s very much ‘it could be this’, or ‘you’re making it up’.”

Part of the problem is the systemic tendency to dismiss women’s pain, when pain is of the most common symptoms of endometriosis.

I experienced this myself when I found one internal ultrasound scan acutely painful and informed the doctors: I later received my results in the post with the note “patient experienced mild discomfort during scan”.

Making matters worse, there’s no correlation between the level of pain experienced and the severity of an individual’s condition.

As there are no non-invasive means of definitive diagnosis, without a physician believing a patient’s description of symptoms, there’s no referral for a diagnosis. But women’s symptoms, too, are often dismissed as being “all in your head”.

A lack of awareness on the patient side can delay diagnosis too. Menstrual taboos still persist and two of the women I spoke to reported being told, whether by family or through sexual education, that periods might be painful or uncomfortable. What they never understood was how painful (or not) a normal period should be.

Even after a diagnosis is reached, symptom management is by no means straightforward –and misinformation persists here too.

Some medical practitioners still tell patients pregnancy is an effective treatment. One physician this year told me she suspected endometriosis – but, she added, “there’s not much we can do unless you fancy getting pregnant”. Given that the disease can impact fertility of patients, this seems at the very least insensitive. It’s also inaccurate: while it may relieve symptoms of endometriosis, it’s only for the duration of the pregnancy.

Because the development of endometriosis lesions is controlled by oestrogen, hormonal treatments are often one of the first prescribed. These can help manage the condition, but do not cure it, and can have their own side effects. A 2016 study by researchers in Denmark found that women using hormonal contraceptives were more likely to seek treatment for depression.

(Watch our video on eight women who experienced serious side effects from the contraceptive pill).

Another potential treatment is medical menopause. However, it is not a long-term option because it can affect bone density, particularly in young people, and, although rare, one of the potential side effects cited by the brand Zoladex is accidental full menopause. Cook told me there is a lack of informed consent around the use of this treatment. She says, “One of the things I hear a lot of is the number of women who end up taking drugs or having injections to go into medical menopause and they do not realise that’s what it is.”

As such, there is research ongoing into potential alternatives.

“Drug treatments for endometriosis are entirely focused on hormones and we need something else because we know for a lot of women that doesn’t work very well,” says Krina Zondervan, a professor of reproductive and genomic epidemiology at the University of Oxford. “And it gives a lot of side effects that women are not that happy to experience in the long term.”

Although they treat only the symptoms, not the condition, painkillers are another option. But  they aren’t without adverse effect, either. Bodenham tells me how the opioid painkillers she’s been taking for the past three years have left her with a constellation of side-effects including “anaemia and hypertension”. She says, “I used to run a 5k every week… and now some days just walking downstairs to get a glass of water feels like doing a marathon.”

Despite this, Bodenham feels lucky to receive them – she knows trying to access strong painkillers can lead to accusations of addiction. (There is also a risk that use of opioid painkillers will lead to abuse or dependency, although this is small among those with no history of substance abuse or addiction.)

There is some hope. The illness’ profile is on the rise and efforts are being made to educate GPs and patients about pelvic pain. But as patients wait for the medical system to catch up, their symptoms are still being misunderstood and their illnesses misdiagnosed with serious mental and physical health consequences.

Having found that birth control adversely affected my mental health, my next step is deciding whether to start treatment via the Mirena coil’s low dose of hormone, or to continue pursuing a definitive diagnosis via laparoscopy. But laparoscopy would require several weeks of recovery – and as a freelance writer with little job stability, I would need more savings than I have. It’s one more example of the difficult choices women with chronic pelvic pain face every day.

The drug is retailing in the market as Chinese herbal.
News
2 months ago
Post a comment
WATCH: The latest videos from the Star
by BBC NEWS None
Health
26 September 2022 - 10:39
Read The E-Paper