Next Pandemic is coming, but we're not prepared –Prof Jaoko

•Models show a 47-57 per cent chance of another global pandemic as deadly as Covid in the next 25 years. 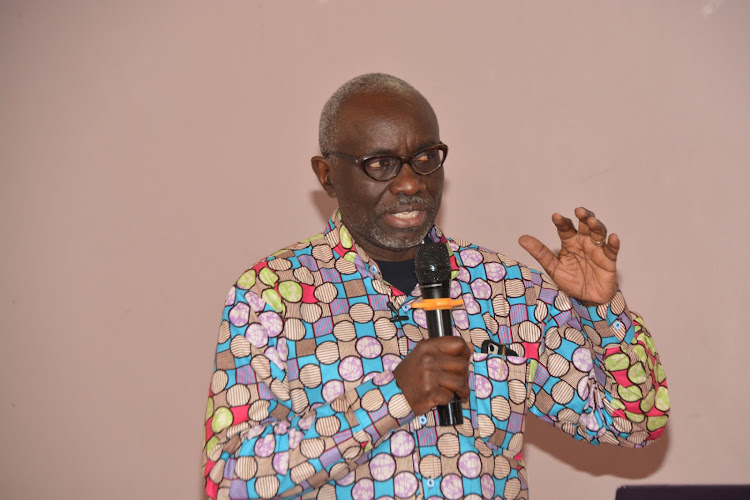 CONCERNED: Dr Walter Jaoko, Kavi director and professor of microbiology and tropical medicine at the University of Nairobi.

A leading scientist says there is enough evidence the next pandemic is coming, but Kenya and other African countries are woefully unprepared.

Microbiologist Prof Walter Jaoko said the continent must learn the painful lessons from Covid-19, which has so far killed at least 5,600 Kenyans.

“The question is are we prepared? We have looked at Epidemic Preparedness Index, which is a tool used to determine how prepared countries are. If you look at EPI, the tool shows Africa is not prepared,” he said.

The index was developed by Metabiota, a Usaid partner that compiles data from around the world to predict disease outbreaks.

Prof Jaoko is the director of Kenya Aids Vaccine Initiative (Kavi) and former Chair of the Department of Medical Microbiology at the University of Nairobi.

He urged governments to set up national public health institutes to help prepare for the next pandemic. “We need to train personnel for epidemic preparedness:  Doctors, nurses, epidemiologists, public health technicians, laboratory technologists so that if a disease is newly diagnosed we quickly put preventive measures around it,” he said.

Prof Jaoko spoke at a meeting organised by the Media for Environment Science Health and Agriculture Association in Nairobi.

“One of the big questions is where will you get the money? African governments committed to putting 15 per cent of their budget into health,” he said.

“My urge is for Africa to fulfil their commitment for 15 per cent of budgets to go to health. I also encourage governments to do public-private partnerships because the private sector has a key interest in health.”

Metabiota's models show a 47-57 per cent chance of another global pandemic as deadly as Covid in the next 25 years.

Prof Jaoko spoke as the World Health Organisation announced developing countries, such as Kenya, can benefit from a new fund to prepare for the next pandemic.

The new financial intermediary fund (FIF) for pandemic prevention, preparedness, and response (PPR) was launched last week by the World Bank and the WHO to address preparedness gaps in poor countries.

Countries can apply for funding from November to support already established projects to strengthen their health systems, the WHO said in a statement.

WHO Director-General, Dr Tedros Adhanom Ghebreyesus said the world must learn from Covid-19 and strengthen defences against epidemics and pandemics.

He said it is not a matter of if but when the next pandemic is coming.

“The FIF is one of those key measures, and WHO looks forward to fulfilling its technical leadership role in advising the FIF Board on where to make the most effective investments to protect health, especially in low- and middle-income countries,” Dr Tedros said.

Over US$1.4 billion in financial commitments to the fund have already been announced and more are expected in the coming months.

The financial intermediary fund (FIF) for pandemic prevention, preparedness, and response (PPR) was establishment after approval by the World Bank’s Board of Directors.

The World Bank will serve as the FIF’s trustee and host the Secretariat, which will include technical staff seconded by the WHO.

“Investing now will save lives and resources for the years to come,” said World Bank Group president David Malpass in a statement.

Post a comment
WATCH: The latest videos from the Star
by JOHN MUCHANGI Science Editor
Health
13 September 2022 - 11:30
Read The E-Paper