WHO looks into reports of monkeypox virus in semen

Most cases have been reported in men who have sex with men.

•More than 1,300 cases of the viral disease have been reported by about 30 countries since early May.

•Most cases have been reported in men who have sex with men. 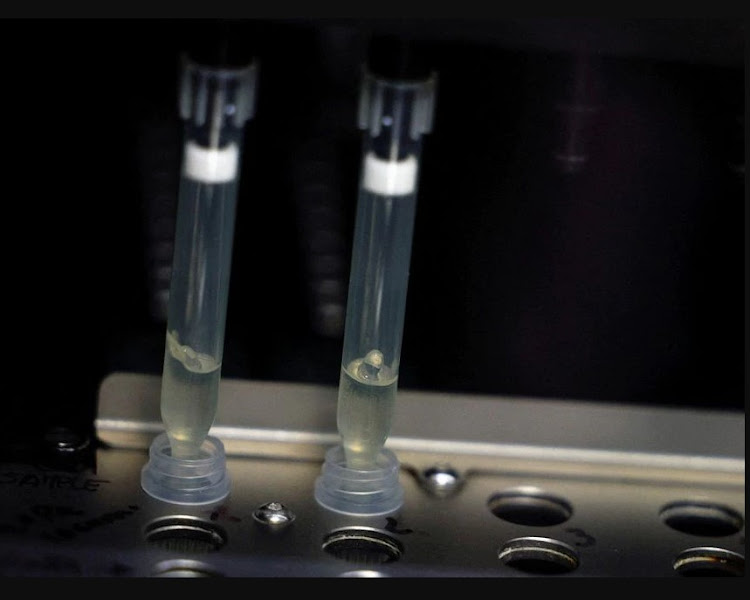 Two samples of suspected cases of monkeypox go through a process of nucleic acid extraction as they get tested at a microbiology lab at La Paz Hospital in Madrid, Spain, June 1, 2022.
Image: REUTERS

The World Health Organisation is looking into reports that the monkeypox virus is present in the semen of patients, exploring the possibility that the disease could be sexually transmitted, a WHO official said on Wednesday.

Many cases in the current monkeypox outbreak, largely centred on Europe, are among sexual partners who have had close contact, and the agency reiterated that virus is mainly transmitted via close interpersonal contact.

In recent days, scientists say they have detected viral DNA in the semen of a handful of monkeypox patients in Italy and Germany, including a lab-tested sample that suggested the virus found in the semen of a single patient was capable of infecting another person and replicating. read more

Catherine Smallwood, monkeypox incident manager at WHO/Europe, said it was not known whether recent reports meant the monkeypox virus could be sexually transmitted.

"This may have been something that we were unaware of in this disease before," she told a press briefing.

"We really need to focus on the most frequent mode of transmission and we clearly see that to be associated with skin to skin contact."

The outbreak has triggered concern since the virus is rarely seen outside of Africa, where it is endemic, and the majority of the European cases are not related to travel to the continent.

As the outbreak spreads, the WHO has recommended targeted vaccination of close contacts, including healthcare workers, but has warned it is already seeing a rush to stockpile vaccines.

"Once again, a 'me first' approach could lead to damaging consequences down the road," said Hans Kluge, WHO's regional director for Europe.

"I beseech governments to tackle monkeypox without repeating the mistakes of the pandemic – and keeping equity at the heart of all we do."

Early symptoms are flu-like, such as a fever, headaches, aching muscles and swollen lymph nodes.
Health
1 week ago

Some 1,600 cases of the disease have been recorded globally in recent weeks.
Health
1 week ago

30 scientists wrote last week about the "urgent need for a non-discriminatory and non-stigmatising" name.
Health
1 week ago

Monkeypox: Cases outside Africa rise to 780 in three weeks

No deaths have been reported as a result of the current outbreak.
News
3 weeks ago

Gluten is a protein found in wheat, barley and rye. Those who react to wheat will enjoy this recipe.
Sasa
1 week ago

Clean your dirty greasy grill with these simple steps

A dirty grill attracts bacteria and can cause food poisoning or food contamination.
Sasa
1 week ago

The youngest is a one-year-old child while the oldest is 88 years old.
News
1 week ago

Walking is free, unlike mediations which come with a price tag and possibility of side effects.
Sasa
1 week ago
by REUTERS Reuters
Health
16 June 2022 - 11:38