• Epidemics in this zone are generically predictable since they follow the seasonality of the rainfall.

• Some estimates say the disease kills about 10,000 Kenyans every year. 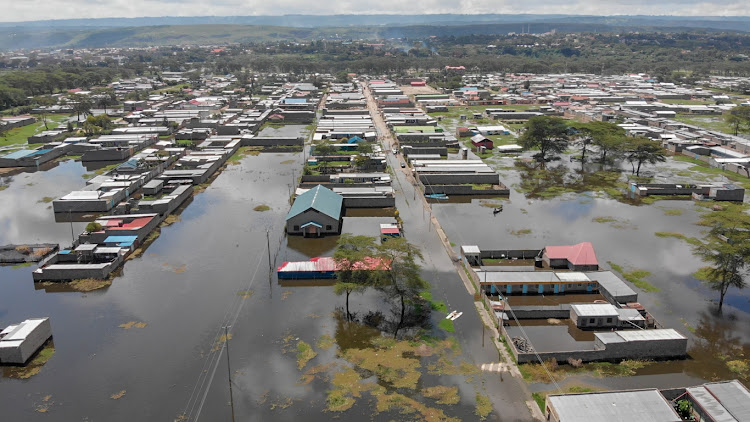 FLOODED: These new breeding areas could be pan dams, concrete tanks, ditches and trenches that get filled up with water.
Image: File

­There is no risk of a malaria outbreak during the long rains season, an early detection system for western Kenya shows.

The reason given is the expected decrease in rainfall amounts, which may not sustain an outbreak.

The prediction was issued by the Kenya Meteorological Department, Kenya Medical Research Institute and the Ministry of Health.

It covers areas around Kakamega, Kisii and Nandi, where past seasonal outbreaks have killed hundreds of people.

“The model outputs for the malaria epidemic early prediction system for the western highlands of Kenya indicate no risk of malaria outbreak in all three areas in the months of April and May 2022,” said Met director Stella Aura.

“The weather observations indicate generally an increase in maximum temperature and a decrease in monthly rainfall amounts in all the three areas,” she added.

The last major outbreak here was reported in 2019 between March and May, and a small spike during the short rains season in November and December of the same year.

Others are the semi-arid areas such as northern Baringo, Turkana, parts of West Pokot, Marsabit, Mandera, Wajir, Garissa and Tana River.

According to the Kenya malaria indicator survey 2020, seasonal outbreaks come when temperatures are high, and water pools created during events of above-normal rainfall provide mosquitoes with numerous breeding habitats.

These new breeding areas could be pan dams, concrete tanks, ditches and trenches that get filled up with water.

This results in an increased intensity of malaria transmission that occasionally reaches epidemic proportions.

Epidemics in this zone are generically predictable since they follow the seasonality of the rainfall.

Case fatality rates due to malaria during an epidemic can rise to ten times greater than what is experienced in regions where malaria is stable, the survey says.

Aura said no part of the country will receive above-average or enhanced rainfall, especially in April.

However, the areas around Lake Victoria, Rift Valley highlands, Mt Kenya region, and parts of the Northeast and southeastern lowlands are likely to experience near average rainfall.

“The rest of the country is likely to experience below-average rainfall, especially during the first half of the month. The rainfall distribution in these areas is likely to be poor both in time and space,” she said.

Malaria remains a major public health problem in Kenya and accounts for an estimated 13 per cent to 15 per cent of outpatient consultations.

Some estimates say the disease kills about 10,000 Kenyans every year.

LLINs are nets treated in the factory with an insecticide incorporated into the net fabric which makes the insecticide last at least 20 washes in standard laboratory testing and three years of recommended use under field conditions.

Despite a prediction of heavy rains in March, the Kenya meteorological department says the expected rains will be poor.

She said warmer than average sea waters over the Indian and Atlantic Oceans have led to low pressure over the Southern hemisphere.

This, coupled with higher pressures over the northern hemisphere, has delayed the northward movement and proper establishment of the rain-bearing belt over Kenya.

Additionally, a key driver of convection over the Indian Ocean that is only predictable at shorter time scales, the Madden Julianne Oscillation, is currently not favourable for wet weather activities in Kenya and is expected to remain unfavourable during the first half of April, she explained.

“The spatial and temporal distribution of the rainfall for the remainder of the season is expected to be generally poor over the whole country,” Aura said.

During the remaining part of the season (April and May), near average rainfall with a slight tendency to above average rainfall is expected over the highlands west of the Rift Valley, the Lake Victoria Basin, Central and South Rift Valley and the Northwestern regions.

Post a comment
WATCH: The latest videos from the Star
by JOHN MUCHANGI Science Editor
Health
15 April 2022 - 21:00
Read The E-Paper