Aim is to control tobacco and other emerging, highly addictive products by classifying them appropriately

•Tobacco is a key cash crop to at least 55,000 farmers in Kenya, mostly from Western and South Eastern parts of the country 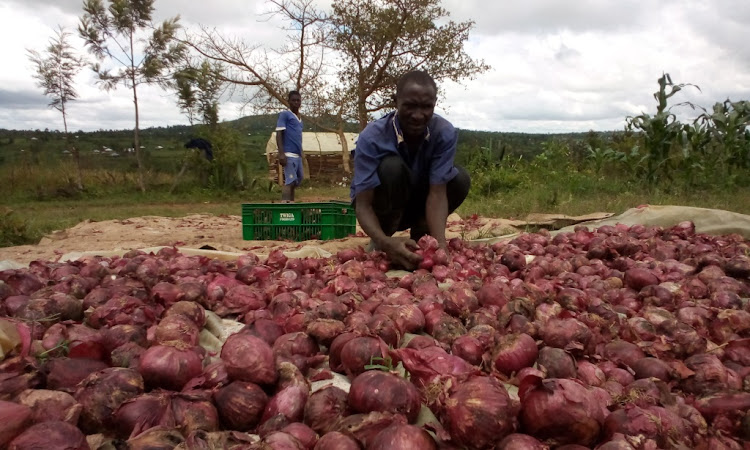 ALTERNATIVE TO TOBACCO: A worker prepares to weigh onions at a farm in Migori, a tobacco-growing county. Onions are some of the alternative crops that former tobacco farmers adopt.
Image: MANUEL ODENY

Kenya is in the process of expanding the laboratory capacity to conduct tobacco and nicotine testing.

The laboratories at the Kenya Medical Research Institute, the Kenya Bureau of Standards and the Kenya Revenue Authority are the main targets for the expansion project.

According to the acting Head of Tobacco Control Division at the Health ministry, Anne Kendagor, the aim is to control the emerging tobacco products by testing and classifying them where they belong.

Similarly, a plan to shift tobacco farmers to alternative and viable crops in seven high tobacco-growing counties is almost complete.

This will not only help the farmers have an alternative source of income, eradicate extreme hunger and abject poverty, but will also counter negative effects on the environment.

“What we are doing is we are trying to assess their readiness to switch to alternative livelihoods so we have just finished doing data collection after that we will analyse, do a report and disseminate the information,” Kendagor said.

She added: “I am told that the industry is doing aggressive marketing outside the cities so we also need to up our game in creating awareness in those areas.”

Tobacco is a key cash crop to at least 55,000 farmers in Kenya, mostly from Western and South Eastern parts of the country.

However, overall contribution to the Kenyan economy is relatively small (about 0.03 per cent of the GDP).

This is acute nicotine poisoning in leaf harvesting and smoke inhalation during leaf curing.

Numerous reports show it is not profitable and is actually a loss-maker to farmers.

The government is also working on an online tobacco-related data platform that will help capture all related tobacco data including information related to taxation.

The platform, that is halfway complete, will help reduce the existing gap when it comes to monitoring, evaluation and reporting.

Tobacco is a leading risk factor for most NCDs and the greatest preventable cause of death. This if countered will help prevent the progress of tobacco-related NCDs.

NCDs are largely caused by avoidable risk factors including use of tobacco products, harmful use of alcohol and consumption of unhealthy diets.

These chronic diseases are known to cause more than 41 million deaths each year globally, robbing people of their most productive years.

They include cardiovascular diseases, respiratory diseases, diabetes, and cancer among others.

“In Kenya, children as young as seven are introduced to smoking by adults who could be parents or other close relatives and those that are supposed to be mentors and guides when they send them, smoke in their presence, or even give them cigarettes.” KETCA chairperson Joel Gitali said.

Cigarette smoking is a key risk factor for esophageal cancer and is the most important preventable cause of many cancers and cardiovascular diseases.

The percentage of Kenyans aged above 15 who use tobacco products has declined marginally from nine per cent in 2012 to eight per cent in 2017, according to the latest NACADA study.

“Tobacco is a major contributor to poverty as household spending for basic needs such as food and shelter are diverted to deal with tobacco related burdens, a spending behavior that is very difficult to curb because tobacco is so addictive.”

This translates to about 2.2 million Kenyans still using tobacco products.