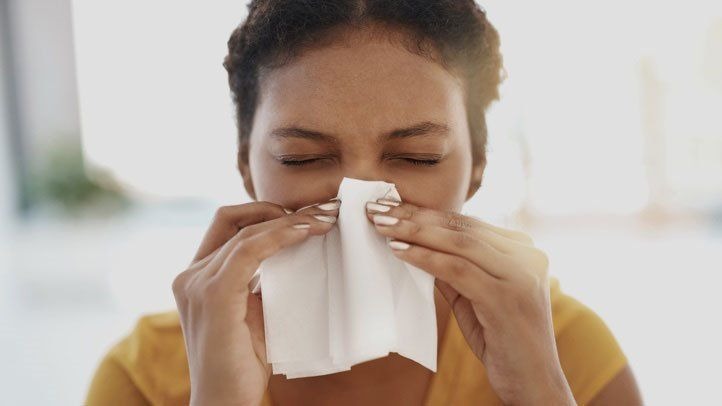 A suspected outbreak of flu has been reported in Kenya.
Image: File

However, Kenya Medical Research Institute has said its surveillance shows there is no outbreak.

KNH said it is currently giving it to health workers only, in an exercise supported by the Washington State University, which carries out research on infectious diseases in Kenya.

“It’s on first come first served basis. 400 slots are available each day,” KNH said in an announcement on Thursday.

There are four types of influenza viruses: A, B, C and D.

Human influenza A and B viruses cause seasonal surge of the disease transmission, known as flu season, during almost every rainy season in Kenya.

While in most milder cases the flu resolves on its own without significant symptoms, severe cases of type A influenza can be life-threatening, especially for old people.

In some cases, a medic may prescribe antiviral medication to fight the infection.

The KNH vaccination drive began on December 7 and ends this weekend.

In private hospitals, flu vaccines are available at between Sh1,000 and Sh2,000.

They are largely not available in public hospitals.

Since January, different parts of the country have reported surges of influenza.

Mid this year, medics at Naivasha Subcounty Hospital said there had been an outbreak of flu in Naivasha town and its suburbs over three months.

‘Sore throat, body pains’: The flu that got Kenya talking amid Omicron

Hospital superintendent Dr Angeline Ithondeka said in April they were overwhelmed by elderly patients admitted with flu and also Covid-19.

“Currently our services are overstretched due to the rising number of patients suffering from severe or moderate flus with many of them  turning positive for Covid-19,” Ithondeka said at that time.

She said between January and May every year, flu cases increase.

“This year is different, however, as the flu is resistant to normal treatment, many patients are ending up in the isolation wards for Covid-19 treatment,” Ithondeka said.

The flu season in Kenya mainly follows the rain and the cold weather, usually between April and August.