Is Africa ready for JUUL?

Alarmed by youth e-cigarette use in the US, government agencies there are acting to regulate the e-cigarette market.

•Nicotine is highly addictive and dangerous. It can negatively impact the development of the adolescent brain

•African governments are, unfortunately, lagging behind the rest of the world in implementing the basic tobacco control measures 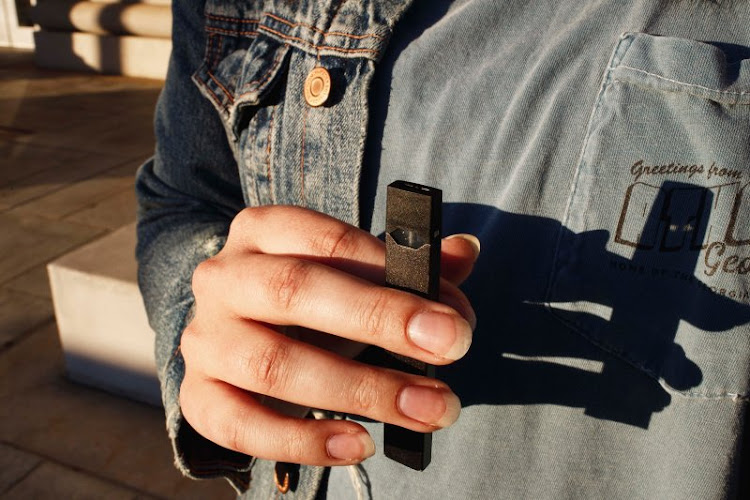 A man holding a Juul vaporiser.

There are many e-cigarettes on the market. So, what makes Juul different?

The short answer is – just about everything! It is unique in design, unique in its ability to addict young people and unique in the way that it has been promoted and sold.

After its launch in 2015, JUUL very quickly disrupted the market for e-cigarettes. It is, arguably, the most attractive e-cigarette product on the market - sleek and discreet. And it is extremely easy to use. There’s a JUUL vaporiser that is similar in size and shape to a USB flash drive and that can be charged using a USB port of a computer.

The nicotine is contained in small ‘click in’ JUULpods, which come in a variety of sweet flavours with youth appeal, including mango, mint, menthol and crème brûlée.

The vapour from a JUULpod delivers a powerful dose of nicotine, which many young people in the US call a “head rush”. And they are not imagining it.  Juul Labs, the makers of JUUL claims that the nicotine in a JUULpod is the equivalent of a pack of 20 cigarettes.

Nicotine is highly addictive and dangerous. It can negatively impact the development of the adolescent brain, harming the part of the brain responsible for memory, attention and learning, as well as harming the cardiovascular system. Part of what makes JUUL unique is that the nicotine in JUUL comes in the form of nicotine salts, which allow users to inhale high levels of nicotine more easily and with less irritation than other e-cigarettes.

And this is why ministries of Health, consumer product regulatory agencies, educators and parents need to be aware and alert and why governments need to act swiftly to strictly regulate all e-cigarettes, including Juul, so that they cannot get into the hands of Africa’s youth.

The experience with JUUL in the United States provides a valuable cautionary tale. In mid-2016, JUUL products had 5% of the e-cigarette market. In late 2017, it held 32% of the market. By November 2018, at the peak of its popularity, JUUL sales comprised over 70% of the market. (Nielsen-tracked data, which excludes online sales and sales from tobacco and vape shops)

From a financial perspective, this was an extraordinary business success. But from a public health perspective, it was a looming disaster: sales had been driven up mainly by teenagers! Youth e-cigarette in the U.S. skyrocketed to what the US Surgeon General called “epidemic levels”, with 3.6 million teenagers using JUUL and similar products.

Alarmingly, teenagers were no longer just experimenting with e-cigarettes, but were using them frequently, leading to an addiction that is difficult to break. In the country’s 2021 National Youth Tobacco Survey, released in September 2021, almost 44% of high school users reported using e-cigarettes on at least 20 days a month and almost 28% reported using them daily.

The rapid expansion of JUUL into the teenage market was driven by innovative marketing that appealed to young people. The company used colorful, eye-catching designs and youth-oriented imagery and themes, like young people dancing while they vaped or ‘juuled’.

JUUL launched its product on huge electronic billboards and at themed parties that were arranged in cinemas and theatres, on yachts and at raves where its representatives handed out free samples. It went on to market its product, often via social influencers, on Instagram, Facebook and Twitter.

It provides a unique opportunity for African government officials, civil society organizations, members of the health profession, legislators and health advocates to inform themselves of the latest developments and use the information to protect the young people of Africa from succumbing to a life-threatening form of addiction.

So where does this leave African countries? Alarmed by youth e-cigarette use in the US, government agencies there are acting to regulate the e-cigarette market. This increasingly challenging regulatory environment has made international expansion an ever-more attractive proposition for JUUL Labs.

The company has created at least 19 international subsidiary companies in Europe, Canada, the UK, South Korea, Philippines, and Indonesia. Grant Winterton, the JUUL President for Europe, the Middle East and Africa has said that the company hopes to launch its product in Africa in 2021, adding that “There is no one who is not on our radar if you look forward to the next four to five years”.

African governments are, unfortunately, lagging behind the rest of the world in implementing the basic tobacco control measures contained in the public health treaty, the WHO Framework Convention on Tobacco Control.

As the e-cigarette companies, including JUUL, continue their aggressive expansion into Africa, governments must act! The upcoming First Africa Conference on Tobacco Control and Development provides a unique opportunity for African government officials, civil society organizations, members of the health profession, legislators and health advocates to inform themselves of the latest developments and use the information to protect the young people of Africa from succumbing to a life-threatening form of addiction.

Patricia Lambert is a South African human rights and labour lawyer. Before coming to the US in 2007 to direct the International Legal Consortium at the Campaign for Tobacco-Free Kids, she served as legal advisor (1997 - 2006) to the South African government. In that role she worked on various aspects of post-Apartheid law reform, including the implementation of her country's strong domestic tobacco control laws. Patricia was the lead negotiator and Head of Delegation for South Africa during the WHO FCTC negotiations and represented the African region on the Bureau that managed the negotiation process.