• The donations include 47,000 packs of Dolutegravir (DTG) 50mg, donated by the UN family, which can be used by children above 20 kgs. 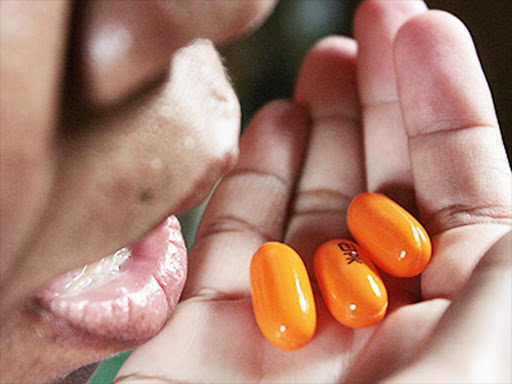 WAR ON HIV/AIDS: The paediatric ARVs are suitable for infants.
Image: FILE

The fight against HIV in the country has received a boost after Kenya received a donation of more cost tolerable ARVs from partners.

The donations include 47,000 packs of Dolutegravir (DTG) 50mg, donated by the UN family, which can be used by children above 20 kgs.

These are paediatric ARVs, suitable for infants and those below 20 kgs. They are strawberry flavoured for better outcomes.

The National AIDS and STIs Control Programme said it has prioritised the transition of Children and Adolescents Living with HIV to better ARVS, a process that started in 2018.

The transition aims at the provision of child-friendly treatment options that support viral load suppression and better treatment outcomes.

This is after it emerged that many of those on treatment respond poorly because they take ARVs that are not correctly dosed or bitter to taste.

Kenya has successfully transitioned children treatment from Nevirapine (NVP) to Effervirenze (EFV), then to Dolutegravir (DTG) 50 mg and now to DTG 10 mg.

The new treatment comes in the form of a pill that is dispersible in water and is easily tolerated by children.

“DTG belongs to a class of ARVs called HIV integrase inhibitors.  This component, available in the paediatric DTG (pDTG) 10 mg in Kenya is a big win for our children.

She added: “Data shows that the lowest suppression is amongst the younger children.

"This can be attributed to several factors but key is that some of the ARVs for children, such as Lopinavir solution, have challenges of storage, palatability as well as dosing and administration.

On his part, head of prevention and health promotion at the Ministry of Health Andrew Mulwa said the country has total nine viral load testing facilities.

“Kenya has allocated more resources to HIV, besides donor funds,” he said.

“The ministry is also taking various measures to ensure there's no interruption of ARVs supply including fast-tracking treatments and looking for additional donors.”

The new dolutegravir formulation is the first-line HIV treatment recommended by the World Health Organization from the age of four weeks and 3 kilos (6.6 pounds).

However, it had been out of reach for babies because of the lack of appropriate formulations.

To make it accessible, Unitaid and Clinton Health Access Initiative last December reached a pricing agreement with generic drugmakers Viatris and Macleods, to buy the formulation at a yearly cost of Sh3,974.40 per child, down from around Sh44,160.

The DTG is more effective, easier for children to take, has fewer side effects than alternatives and has a high genetic barrier to developing drug resistance.

It is expected that it will enable children to successfully remain on medication and prevent thousands of premature deaths each year.

“This groundbreaking agreement will bring quality assured dispersible DTG to children at a record pace.

"Ensuring access to this treatment will transform the lives of children living with HIV, helping them to remain on treatment and saving thousands of lives,” Unitaid’s executive director Philippe Duneton said in a statement last December when the agreement was made.

The decrease was partly due to improved access to services, including more access by pregnant women. However, infection rates among young people (15-24) remain concerning.

The top five HIV high-prevalence counties with an over 9 per cent prevalence are Homa Bay, Kisumu, Siaya, Migori and Busia.

Kenya has witnessed tremendous progress over the last decade in reducing the annual number of new HIV infection and AIDS-related deaths.

This has resulted in improved quality of life for people living with HIV and reduced risk of infection.