Christine was pledged to a local trader at a young age by her father. But she ran away.

•Unfortunately, Christine’s case is far from exceptional, but things are starting to change.

•Unicef is supporting the Government of Kenya to bring more girls back to school, through the Out of School Children programme. 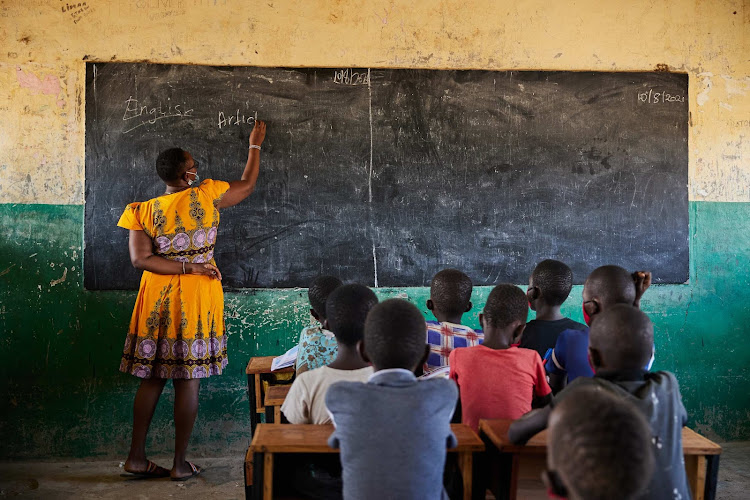 Sixteen-year-old Christine Aleper sits in a Grade 4 English class at Namoruputh Primary School, in Turkana County. She is much taller than the other children in the class, who range from nine to 11-years old. But the fact that she is learning English at all is remarkable, given her background.

Standing by the board, her teacher, Hellen, explains the different types of articles – a, an, the – and when to use them. She asks for examples and Christina stands and reads out: “a ball, an apple, the sun.”

Life could have been very different for Christine. In Turkana, girls are traditionally less valued than boys and child marriage is a common solution to poverty.

Christine was pledged to a local trader at a young age by her father. She was made to wear a traditional bead necklace that indicates a girl is ready to be married. But following an attempted rape, she took off her necklace and ran away from home.

“I did not like living at home because my life was full of hardship,” she says. “I was due to be married off to an old man. I asked my father if I could go to school but he refused. That’s why I left home and came to town. My father followed and tried to convince me to go back but I refused. He even beat me. Then he left.”

Afterwards, Christine lived in Namoruputh on her own, trying to make ends meet by brewing and selling beer. She was living in poverty, without a mattress to sleep on or a regular source of food. But she still nurtured a dream of returning to school.

“One day the local chief was speaking at a community meeting about the importance of education,” she continues. “That’s how I got the urge to go back to school. I’m happy to be back because I’ve learned how to read and speak Kiswahili. When I’ve finished my studies, I would like to get an office job.”

Unfortunately, Christine’s case is far from exceptional, but things are starting to change. Unicef is supporting the Government of Kenya to bring more girls back to school, through the Out of School Children programme.

A baseline survey has been conducted in 16 counties to understand why children are not enrolling or staying in school. Next, the project aims to reach 250,000 out of school children in 16 counties, working with community leaders, parents and teachers to bring them back to school.

“Every child has the right to an education and that includes girls just as much as boys,” Unicef Kenya chief of education Marilyn Hoar says. “We know that educating girls can help lift families out of poverty, as educated parents are more likely to get well paid jobs and educate their own children in turn. Unfortunately, following the Covid-19 related school closures last year, we have seen more girls drop out of school due to teenage pregnancy, child marriage and domestic labour.” 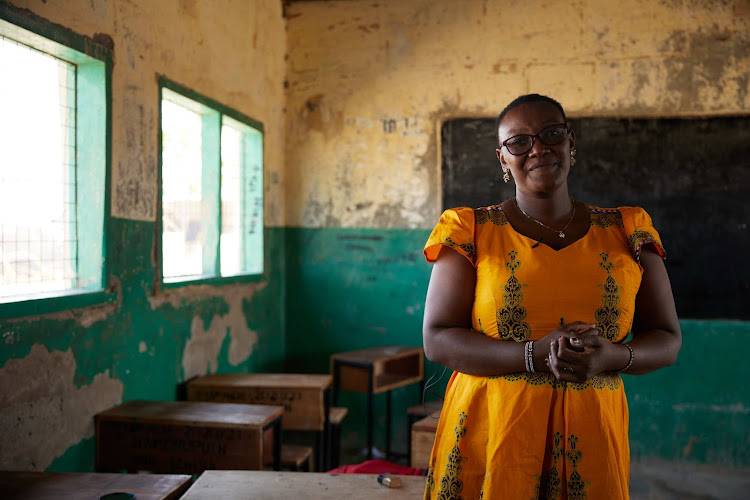 In addition, droughts in arid and semi-arid land (ASAL) counties, including Turkana, are now pushing more families into poverty and girls out of school.

“We want to ensure that schools are welcoming places for girls and support poorer families to withstand droughts and economic shocks, including through emergency cash transfer programmes,” Marilyn adds.

Christina’s teacher Hellen Njenga says that she has made tremendous progress. “When Christina first came to class, she knew nothing. She was very shy and would look down all the time,” Hellen says. “Now she has improved a lot. She can talk Kiswahili fluently. She likes English and Maths and is very focused.”

It is clear that attitudes towards girls and women are changing in Turkana, and more girls like Christina are getting the education they deserve. But the twin pressures Covid-19 and droughts are threatening to roll back progress. This makes initiatives like the Out of School Children programme crucial to ensuring that every girl in Kenya has a bright, educated future.

Post a comment
WATCH: The latest videos from the Star
by STAR REPORTER
Health
15 September 2021 - 08:35
Read The E-Paper