Why you should stop using your child as a dumpsite scavenger

Compared to adults, children have narrower airways, so even low levels of air pollution exposure are more likely to impact lung function 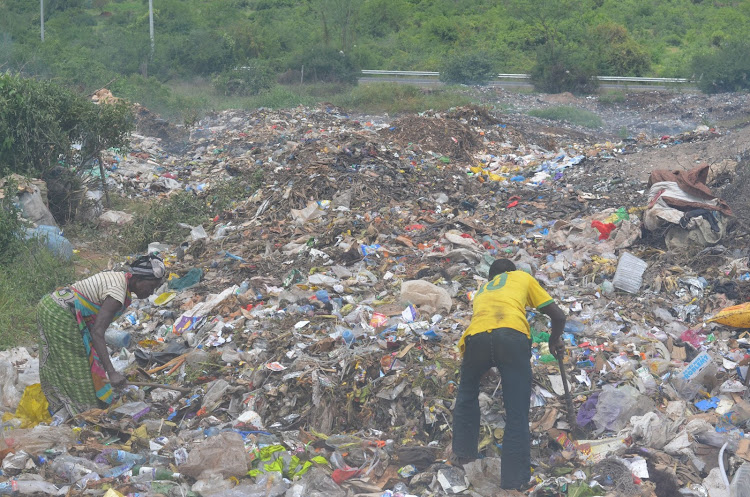 Women sort out waste for recycling at Chakareli dumpsite in Mwatate, Taita Taveta county. The dumpsite is being rehabilitated to a county garbage collection centre
Image: SOLOMON MUINGI

Parents and guardians who engage their children in e-waste scavenging will have to rethink their actions.

Other equipment that falls under e-waste include large household appliances such as refrigerators, washing machines and microwaves, printers, copiers, cameras and medical devices such as microscopes.

But in a ground breaking report released by the World Health Organisation, the agency now wants millions of children some as young as five years, adolescents and pregnant women whose health is in jeopardy protected at all cost.

The report, “Children and Digital Dumpsites’ warns that potential health risk outcomes for pregnant mothers include having stillbirth or premature births,  low birth weight and length as well as reduced body mass index.

Similarly, children who live, school and play near e-waste recycling centres and dumpsites are exposed to high levels of toxic chemicals, mostly lead and mercury that damages their intellectual ability.

“Compared to adults, children have narrower airways, so even low levels of air pollution exposure are more likely to impact lung function,” it states.

“Exposure to air pollution in early life has been associated with a range of respiratory effects, including acute lower respiratory infections and deficits in lung function growth in children, asthma development and asthma exacerbation,” it adds.

The report notes that children are vulnerable to the toxic chemicals they due to their smaller size, less developed organs and rapid rate of growth and development.

Similarly, they absorb more pollutants relative to their size and are less able to metabolize or eradicate toxic substances from their bodies.

The WHO warns that the exposure also leads to increased rates of attention-deficit/hyperactivity disorder (ADHD), behavioural problems, changes in child temperament, sensory integration difficulties, and reduced cognitive and language scores.

“While large household electrical appliances, such as washing machines and refrigerators, used to be called “durable goods” as they were built to last, the reverse is now often the case. Both large appliances and small devices are often designed in ways that make repairs difficult, and instead encourage frequent device replacement.”

The report notes that even in cities where more organized waste management systems exist, e-waste is often discarded by households and businesses along with other solid waste, ending up in landfills.

The global health agency estimates that 53.6 million tonnes of e-waste were generated worldwide in 2019, a 21 per cent increase over the past five years and projects it to grow to 74.7 million tonnes by 2030.

From the report, Kenya generated 51,000 tons of e-waste in 2019, most of it ending up in informal recycling sites and dumpsites.