Boehringer recognised for contribution to access to health in poor countries

•Boehringer Ingelheim has particularly invested in partnerships and initiatives designed to strengthen healthcare systems in the least-developed countries. 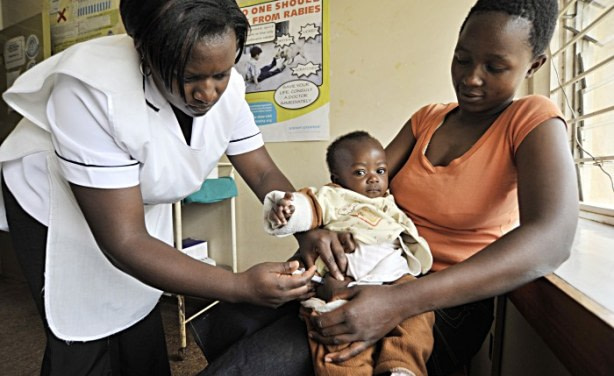 Boehringer has been recognised for its work in developing countries.

For the second time, Boehringer Ingelheim has been ranked among the top 20 largest pharmaceutical companies globally for its ongoing effort to overcoming barriers to access to healthcare, especially for vulnerable groups and communities in developing countries.

The Access-To-Medicine ranking report acknowledges Boehringer Ingelheim’s solid foundation in Research & Development (R&D), which addresses the health needs of those residing in lower-to-middle income countries that are supported by high access plan coverage.

For several years, Boehringer Ingelheim has made dedicated investments in R&D areas that are aligned with the focus of the index; this includes the Research Beyond Borders programme, in which the company continues its search for new therapies for diseases such as tuberculosis, HBV and Dengue fever as well as treating antimicrobial resistance.

Dr Antonio Ruffolo, head of Access To Healthcare and Global Health Policy at Boehringer Ingelheim commented on the occasion, “We see our new ranking as a strong encouragement to continue to work hard on making novel products available to lower-to-middle income countries and at affordable prices," he said.

"Looking ahead, continued and substantial R&D investments in the relevant therapeutic areas, combined with a solid stream of candidates progressing towards Phase III, are expected to contribute to the progress of the late-stage portfolio over the coming years,” he added.

The efforts of both projects have improved community awareness and access to therapies for emerging cardiovascular and metabolic diseases like hypertension and diabetes, especially in grassroots low-income areas across the western regions of the country.

The two programmes were implemented through local partners such as the Ampath Consortium, Moi University and Moi Teaching and Referral Hospital and PharmAccess.

Following the success of these two programmes, more initiatives were launched in Kenya including Making More Health (MMH), a global social change organisation that leverages social innovation and entrepreneurship to catalyse change and promote well-being globally.

The programme is implemented in partnership with Positive Exposure (PE) Kenya, a non-governmental organisation whose objective is to transform public perceptions on albinism and other rare diseases in the city.

In 2020, multilateral programs were also launched such as the Defeat-NCD Partnership, a global alliance launched to tackle the premature death, sickness, disability, and associated social and economic impacts of non-communicable diseases in least-developed countries.

Innovation and expertise are at the heart of our activities, and this achievement is a testament to the company’s unwavering commitment towards improving human health across our global communities.”

The Access-To-Medicine Index is a ranking system published biennially by the Access to Medicine Foundation in Amsterdam. It grades the world’s 20 largest pharmaceutical companies according to their ability to make their pharmaceutical products more available, accordable, accessible and acceptable in 106 lower-to-middle income countries across the globe.

The system is funded by the Bill & Melinda Gates Foundation, the UK Department for International Development and the Dutch Ministry of Foreign Affairs.

Boehringer Ingelheim has been listed in the Access-To-Medicine Index since 2010, steadily advancing its efforts and commitment to improving human health across the globe.