Suleiman has been diabetic and lost sight in his right eye

•Suleiman said he can’t wait to return to work and plans to make a documentary about the challenges faced by blind people in society. 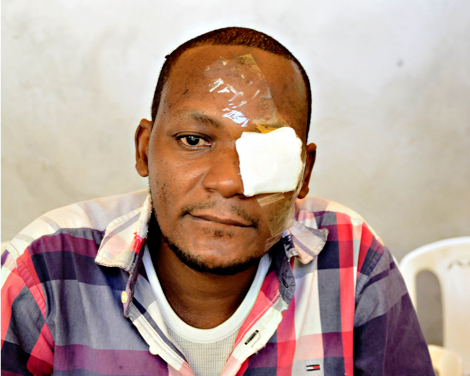 John Suleiman after the cataract operation.

Two years ago, life for John Suleiman couldn’t be better. The 30-year-old from Kilifi County loved spending time with his family and working as a videographer. But his life quickly turned upside down.

The first sign of trouble started with a feeling of weakness. His mum noticed that Suleiman had lost weight.  She tried to convince him to see a doctor but Suleiman was hesitant and hoped that with time he would be back on his feet.

But his situation didn’t improve so Suleiman checked himself into Makadara Hospital where his worst fears were confirmed – he  was diabetic.

Despite treatment and an improved diet, Suleiman noted that his sugar levels were still high. After a while, he started to lose vision in his left eye.

"My left eye’s vision was smoky. I could see things on auto-focus,” he said. Suleiman was worried. Who would after his family if he became blind?

At the hospital, the 32-year-old was also diagnosed with cataract. Surgery would be expensive and beyond his budget. Suleiman returned home to raise money for the operation.

Six months later, Suleiman’s lost sight in his right eye. He couldn’t work and now the family’s only breadwinner spent his time indoors.

Unable to afford surgery, Suleiman, who comes from  had almost given up on having his sight back. 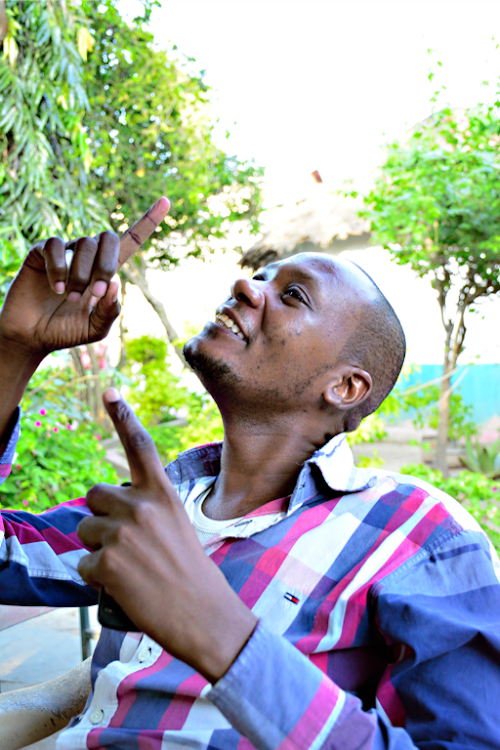 Suleiman after the operation.

Fortunately, friends and family told him about a nearby eye camp In Mariakani Sub-County Hospital sponsored by The Fred Hollows Foundation and Australian NGO Corporation Program (ANCP).

Suleiman used the last of his savings to travel to the hospital where he prepared for surgery. When the patches were removed, Suleiman was in disbelief. He pointed out the people around him and asked to meet the ophthalmologist who operated on him.

With joy in his heart, Suleiman calls his mum. "Momma I can now see, am actually seeing things in high definition. At this very moment, I can see, trust me it's not a joke!”

His mum asks Suleiman why he hasn’t called his wife. "My wife will get the surprise of the year. The moment I am discharged she will just see me walking past the door to our house with a gift in hand," he said.

Suleiman said he can’t wait to return to work and plans to make a documentary about the challenges faced by blind people in society.