Ploys the tobacco industry uses to chain the youth

•Online marketing of tobacco and tobacco products intended to entice youth to smoke is as dangerous as it’s alluring.

•According to the World Health Organization (WHO), tobacco use and its effects lead to more than eight million human deaths each year. 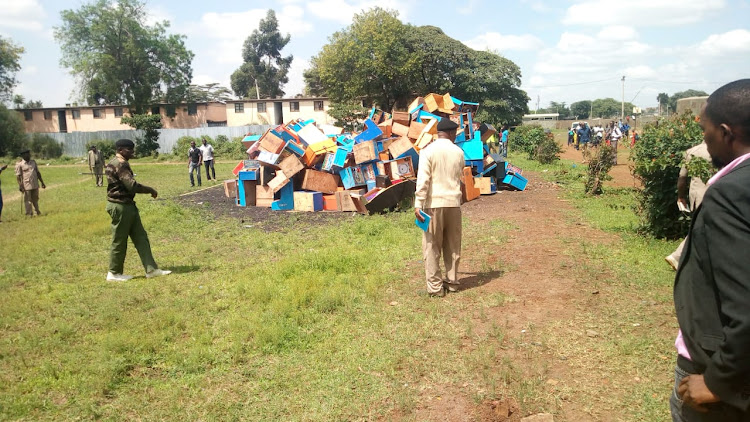 Among the various objectives in marking this year’s World No Tobacco Day, (May 31, 2020), was equipping the youth with knowledge on the tactics the tobacco industry employs to keep them hooked on tobacco through new products.

This was intended to help them make healthier lifestyle decisions. The theme - Protecting youth from industry manipulation and preventing them from tobacco and nicotine use - sought to debunk myths and expose manipulation tactics employed by the industry, particularly marketing tactics targeted at youth to keep them hooked.

Global efforts in the campaign against tobacco are purposed to empower social media and industry influencers to protect and defend youth and catalyze change by engaging them in the frontline of the fight against Big Tobacco.

Tobacco deaths rarely make headlines but the statistics make for grim reading. According to the World Health Organization (WHO), tobacco use and its effects lead to more than eight million human deaths each year.

Of these, seven million are the result of direct tobacco use while the other one million are due to non-smokers’ exposure to second-hand smoke. Of the 1.2 billion smokers alive today, about half will be killed by tobacco.

According to the WHO, tobacco kills up to half its users. Secondhand smoke is also known to cause health problems in infants and children, including frequent and severe asthma attacks, respiratory and ear infections plus Sudden Infant Death Syndrome (SIDS). Smoking during pregnancy results in more than 1,000 infant deaths annually (US Centre for Disease Control - CDC).

The CDC has found that tobacco smoke contains a mix of more than 700 chemicals and about 70 of these can cause cancer.

As 80 per cent of current tobacco users now live in low and middle-income countries, it is unsurprising that 70 per cent of tobacco related deaths in the 2020s are forecast to transpire in these developing countries.

If we didn’t know it already, there is an unhurried silent slaughter already afoot behind the veneer of immediate gratification steadily supplied by tobacco products.

The tobacco industry has been aggressive in charting avenues to ensnare the youth to smoking. Ceaseless strategic advertising and promotion especially on the ever-expanding online platform provides unending influence on young persons to begin using tobacco & tobacco products.

The introduction of a variety of flavoured tobacco products, smokeless tobacco like such as shisha and other nicotine laced vaping modules or products have been portrayed as appealing to children, teenagers and young adults.

Nicotine patches and gum are also promoted by online social media influencers to attract consumers who are online. Further, distribution of free samples of tobacco or nicotine products at popular events are serves to drive up consumption of the products.

There is also the portrayal of smoking as hip and glamorous in movies and television programs by personalities who are idolized by the young generation. This inevitably leads the youth towards attempts to ape the lifestyle depicted. Consequently, they try out, use and subsequently get hooked to these products.

Online marketing of tobacco and tobacco products intended to entice youth to smoke is as dangerous as it’s alluring. The adverts and information put out in catchy ways appear appealing but are in essence a call to human destruction. It is not enough that eight million people die annually, the tobacco industry is keen to attract new consumers for their products.

The state is commended for its efforts in limiting and regulation of use of tobacco products through banning of marketing and advertising of tobacco in mainstream media channels, adoption and ongoing implementation of the WHO Framework Convention via the 2007 Tobacco Control Act, ratifying the 2012 UN Protocol to Eliminate Illicit Trade in Tobacco Products not to mention establishment of the Tobacco Control Fund and Board.

Despite these gains, there’s always room for further action to improve the situation. The state ought to exert control over market circulation of novel tobacco products via targeted policy and law that regulates the online marketing platforms.