• Seven Seas CEO says it is not the first time he is seeking to be paid the money.

• Fourteen letters have followed – only one replied. 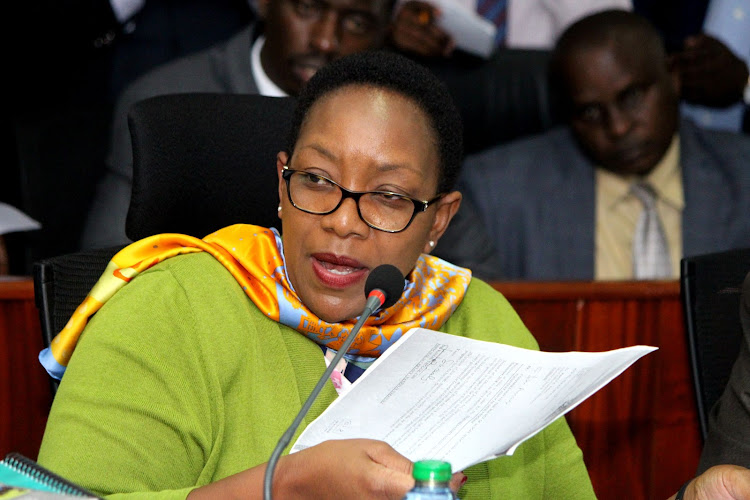 The Health Ministry is accused of sitting on a Sh400 million payment demand note for the ICT component of the leased medical equipment.

Seven Seas Technologies says it sent the bill to the ministry in April 2018 in the wake of the ministry terminating its contract for delayed works.

The firm says it has spent Sh800 million for works already commissioned in the installation of the Healthcare Information Technology (HCIT) system.

The IT infrastructure was to help transmit data from the specialised machines for reading by experts based at various hospitals.

However, the ministry terminated the contract, subjecting Kenyans to a possible penalty of Sh4 billion for the breach.

Seven Seas CEO Michael Macharia told the Star on Monday that he has embarked on a fresh bid to claim the fund.

A health ministry official told Senators probing the Medical Equipment Scheme (MES) the ministry was given a bill of Sh400m as at January.

The committee chaired by Isiolo Senator Fatuma Dullo is probing the circumstances under which the contract ended.

Macharia said it is not the first time he is seeking to be paid the money.

Fourteen letters have followed – only one replied, in what he termed as blatant sabotage by certain individuals at Afya House.

“There have been a lot of frustrations in this contract. We presented this bill long ago. It was processed but never paid,” Macharia said.

The company has given the ministry several reminders having signed all the documentation for the payment.

“We sent the first bill in April 2018. It was approved and never paid. I was left wondering whether even if I deployed more resources in the project, I will be paid,” he said.

“We even expended a lot of money when material lay at the airport for 22 months after they were inspected and accepted.”

Macharia said they did not intend to go to court over the pay – including the Sh4 billion for termination, but have no other option in the face of "the facts being distorted".

“Our worst-case scenario would be to let go of the claim as we can easily export this technology to other countries and make more money.”

Former Health CS Sicily Kariuki, while she appeared before senators probing the MES irregularities last week, said the contract was terminated over delayed works and no budgetary allocation.

But the contractor holds that theirs was just a blatant effort to push them out of the contract, claiming the other five firms in the MES project were facilitated to get funding.

Macharia says it was them who were denied a letter of support yet foreign entities with huge capital bases were accorded the document.

He decried contradictions in the messaging by the outgoing Health CS and those of principal secretaries who handled the tender.

While Kariuki holds she was not aware of negotiations in the HCIT contract, former Health PSs Julius Korir and Peter Tum told lawmakers recently that they were in the loop.

The Attorney General equally protested non-inclusion but the committee was told there were AG representatives at the negotiations with Seven Seas.

Senators are expected to issue a report on the probe which has unearthed elements of falsehoods and misinformation around the crucial project.

Meanwhile, the ministry has invited fresh bids for the HCIT contract, splitting the tender into 300 parts.

But the question lawmakers want answers for is why Kenyans are paying billions of shillings for equipment that are largely not in use.

County governments pay Sh200 million annually – deducted at the source by National Treasury, as payment for the lease.

The probe team warned that with only two years to end the lease, taxpayers are at risk of losing the equipment as suppliers will have the power to decide what to do with them.

Nyandarua Senator Paul Githiomi described the goings-on around MES as "the rip-off of the year".

“The government has lost a lot of money on the pretext of services being offered yet they are not. This is a project that should not have been undertaken as we have lost more than we have gained,” he said.

MES project chairman Morang’a Morekwa admitted it would be fair for the contractor to be paid, but rested the matter with the Treasury.

“I learned of the termination through the media. If it was brought to my attention, I would have advised that the ministry follows the law.”