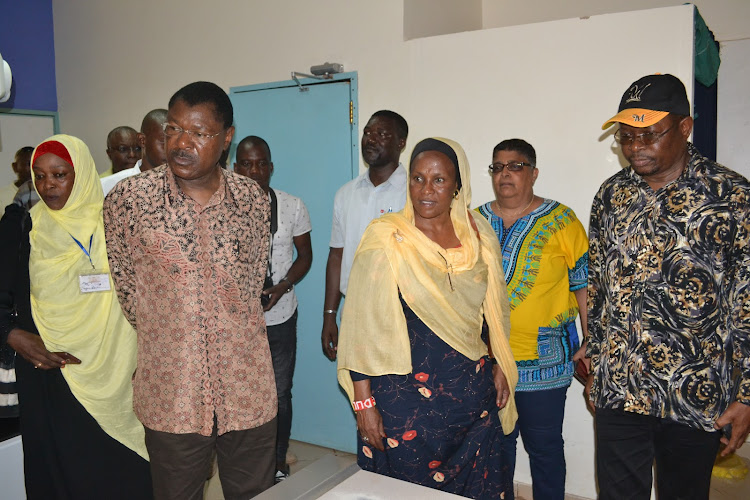 A special Senate committee on Health has began investigating the  Sh38 billion medical equipment leased to counties by the national government.

The medical equipment was meant to help address the challenges of specialized health care.

However, there have been concerns that the facilities do not help the wananchi despite counties paying Sh200 million yearly.

They say some counties they visited are yet to set up the equipment.

On Friday the committee toured Kilifi county and inspected the specialized equipment at Kilifi and Malindi subcounty hospitals.

Dullo said some equipment were still in boxes in the counties they visited, which raises questions as to whether the facilities are helping patients.

However, she said the team was impressed by the manner the facilities were utilized in Kilifi and hailed Health executive Anisa Omar for the good work.

"We came to inspect the facilities to see if they are working. There are problems but they shall be addressed. In our tour in some of the counties the equipment are still in boxes," she said.

The Isiolo senator said in Kilifi CT scans, theatres and dialysis machines were working well and serving over 100 people per day.

She noted thatthere was no radiologist in the entire Kilifi county.

Wetang'ula, who is the committee vice chair, said they want to establish if the equipment were serving the right purpose to the billions spent annually on them.

"There has been a controversy over the facilities. Some machines are not working. We do not want to say anything now but after completing our investigations we will tell Kenyans the truth about the Sh38 billion medical equipment," he said.

He said in Malindi they found there was no electricity to run the machines, meaning they were not well utilized.

"We want to check and see the equipment. The Jubilee government has a gold medal for lying, loss of money and debts," Wetang'ula said.

Madzayo on his part said it was sad that some of the equipment leased to counties were in boxes in some of the counties.

The Kilifi Senator said the committee was heading to Mombasa, and Tanariver later today to inspect the facilities.