• Wanyonyi surprised friends and foes by winning with 20 votes in the second round of voting.

• Korir garnered 13 votes in the second round. 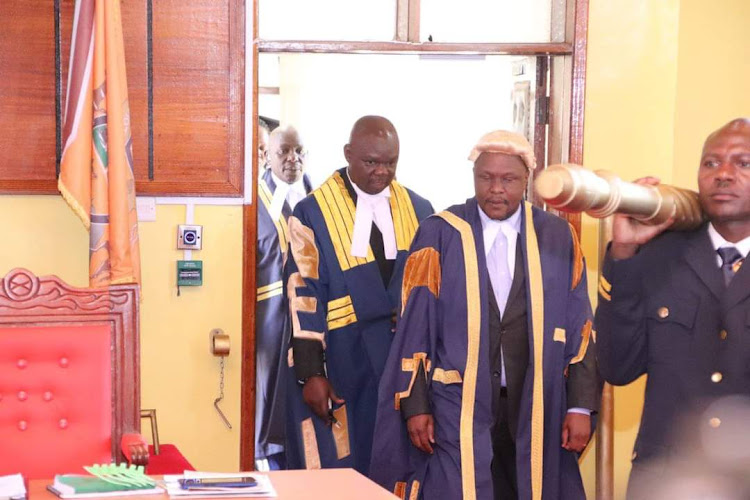 Wanyonyi, a confidant of former Defence CS Eugene Wamalwa, surprised friend and foe by winning with 20 votes in the second round of voting.

Korir garnered 13 votes in the second round.

In the first round, Wanyonyi got 19 votes while Korir got 14. The MCAs had to vote a second time since none of the two contenders had garnered two-thirds of the votes in the first round.

"Since none of the candidates have met the legal threshold to be declared winner, we now direct that there be a fresh election exercise where whoever garners a simple majority will be declared winner," clerk Lupao said after round one.

Korir was banking on the majority UDA members to win the speaker's seat. But that was not to be.

All 33 ward representatives-25 elected and eight nominated-were present during the election.

Wanyonyi was sworn in to office by the clerk and he immediately began his duties by overseeing the election of his deputy after his inaugural speech.

Matisi MCA Obed Mahanga Mwale was elected deputy speaker. He was the only one who had declared interest in the vacancy.

"Top of our agenda will be the integration of our people. We hope to demonstrate this in our mandate as the third assembly," the speaker said.