Owalo: This is Ruto’s wealth creation agenda for Nyanza

Lake Victoria should be a game changer and development fulcrum

• Corruption and political interference have killed the sugar industry

• Ruto's government will address this as well as cotton sector, blue economy 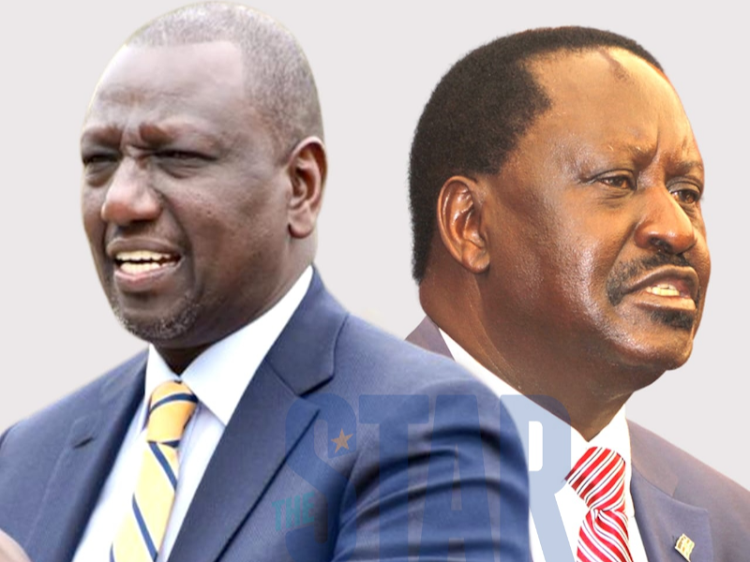 Nyanza is endowed with unrivalled human capital and immense development potential arising from its rich fertile soils, favourable climate, mineral wealth, agricultural and tourism potential and hosting the second largest freshwater lake in the world plus an international airport to boot, both of which open us to the world.

Despite this, most of the region’s development indices are conversely pointing south. In fact, all the statistics available point to the fact that none of the Nyanza counties should be at the lower end of Kenya’s poverty index. A Kenya Kwanza government under the stewardship of HE Dr William Ruto plans to rectify this glaring anomaly.

Lake Victoria should be a game changer and development fulcrum in the region. It has great potential for fisheries, tourism, water supply and transportation, connecting Kenya to the region.

Kenya’s annual fish demand is estimated at 700,000 tonnes against a local production of 400,000 tonnes, leaving a deficit of 300,000 tonnes supplied through imports. A Kenya Kwanza government will optimise the lake’s fishing potential and the blue economy in general.

This through cage culture in Lake Victoria region, commercialisation of cage culture for fish production, employment creation and income generation along the fish value chains, plus creation of an enabling environment for enhanced cage culture investment and adoption, including fisheries policy review.

Ruto’s government will also invest in fish processing, fish value-addition industries and fish storage facilities along the lake. Significantly, we propose to reinvigorate and empower the Kenya Fisheries Service specifically to reverse the problem of dwindling fish stocks, working with existing regulators to restore the lake to realise its full potential.

Agriculture is the mainstay of economic prosperity of the region. Our goal is to determine and develop opportunities for agricultural and horticultural enterprise development in areas such as Kisii, Trans Nzoia, Nyamira, Ahero, Asembo, Yala Swamp, the sugar belt and so on to realise the unexploited potential of sugarcane, maize, rice, tobacco, avocado, cotton, bananas, sorghum, mangoes, among others.

The sugar industry has traditionally been the most impactful in supporting livelihoods in the region, with both forward and backward linkages that benefit farmers, cane cutters, transporters, sugar processors and retailers. Unfortunately, the sector has recently declined due to inadequate cane supply, mismanagement, corruption, lack of competitiveness, political interference, sugar cartels and deployment of old and obsolete technology, farming and processing methods.

Rice farming, which is ranked second to sugar cane, remains a great opportunity for employment and incomes in the region. Currently, Kenya imports more than 70 per cent of its consumption requirements, leaving a production gap of about 300,000 metric tons annually. Clearly, the rice potential in the region is greatly unexploited. Ruto’s government will support new investments while also developing a framework for reviving stalled industries involved in agro, horticultural and food-processing, drinks manufacturing, animal feeds production and dairy industries in the region through public-private partnerships, funding via the MSME fund and by creating an enabling environment for new investment. This will target projects such as Mumias Sugar, Chemilil Sugar, Kicomi, EABL, cotton ginneries and rice farming in Ahero, Ndhiwa and Yala.

The region’s tourism potential both in the beaches of Lake Victoria, water sports, local game parks or in cultural or ecotourism remains underexploited. The sector has extensive cross-sector job creation and income generation opportunities in restaurant and accommodation services, amusement parks, resorts, festivals, camping sites, transport services and foodstuffs production. To this end, we plan to revive and re-invigorate the western tourism circuit and enhance marketing of the region locally and internationally through the Kenya Tourism Board.

Next is mining, with Nyanza richly endowed with precious minerals. From a geological proposition, the gold deposits can support large-scale mining for up to 15 years. Through deployment of modern technology, the industry could earn the region up to Sh400 million annually. Other minerals available in the region include silver, copper, soda ash, fluorspar and iron ore, all of which remain under-exploited due to inadequate knowledge of their status, economic viability and mining technologies. Ruto’s government will institutionalise an enabling environment for enhanced investment, value addition and trade in the mining sector, entailing policy incentives for investors in the mining industry.

To exploit the region’s full potential, Kenya Kwanza recognises that requisite attention must be accorded to fundamental enablers, such as infrastructure, finance, technology, ICT, energy and capacity building. The four main transport modes that Kenya Kwanza has identified for development and enhancement to unlock the region’s potential and connect it to international markets are: land transport, water transport, air transport and non-motorised transport. As part of its interventions, Ruto’s government will optimally operationalise the Kisumu International Airport and develop EPZs in the region.

Lack of access to finance is a major inhibitor of business growth, especially to MSMEs, startups and those without security. Growth in the MSME and agricultural sectors can be difficult to realise unless banks and other financial institutions are specifically aligned to the unique requirements of these borrowers. Ruto’s government will facilitate access to credit through an annual Sh50 billion MSME Fund to finance entrepreneurship and trade. In sports, we will identify and nurture raw talent in all sporting activities. Specific to soccer, we will rejuvenate Kisumu Hot Stars to act as a feeder to Gor Mahia FC as was the case in the 1980s, when Kogalo was dominant in the soccer scene.

Let’s partner with Ruto and his government to re-engineer our sugar industry, rejuvenate the cotton sector, optimally exploit the blue economy, including fishing, strengthen rice production, warehousing and milling. The partnership will also exploit our mineral potential, tap the potential of the western tourism circuit, enhance access to financing for trade, nurture our massive sporting talent and enhance infrastructure as an enabler. The window of opportunity is here with us.

Eliud Owalo is an Economist, Management Consultant and Strategy Expert.