Under 35-year-olds elected MPs and governors

A total of 17 youthful politicians beat the odds to clinch elective seats at the August polls.

• The youthful leaders were elected across all elective seats except the presidency; governors, senators,women representatives and members of county assemblies. 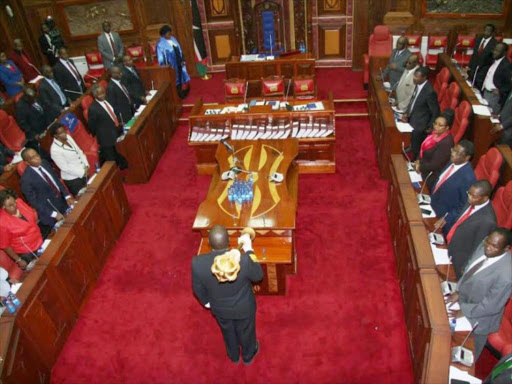 The 13th Parliament to be formed by leaders elected in this year's election will feature the youngest crop of MPs Kenya has ever had.

During the just concluded August 9 polls, 17 young people got elected into both the Senate and the National Assembly.

The newly elected legislators are all youngsters aged 35 years and below.

The youthful leaders were elected across all elective seats except the presidency; governors, senators, women representatives and members of county assemblies.

He beat Anthony Chelimo of NVP who managed only 11, 759 votes.

Rotich, 35, served as the deputy governor of the county outgoing governor Alex Tolgos.

Methu, who is likely the youngest person to be ever elected to the Senate, beat incumbent senator Paul Githiomi who finished third in the race with 15,015 votes.

In Oljororok constituency, voters also settled on 30-year old Mwangi Muchiri as their Member of Parliament

This was replicated in Mumias East MP where Peter Salasya, 32, was elected as the area MP on the DAP-Kenya ticket.

On the other hand, Saboti MP Caleb Amisi, 34, successfully defended his seat on the ODM ticket.

Amisi retained the seat by garnering 25,469 votes against his closest challenger Bernard Wambwa of the United Democratic Alliance (UDA) who got 12,392 votes.

In Bomet county, voters settled on 24-year-old Linet Chepkorir Toto of UDA as their woman representative.

Toto, who won the hearts of many Kenyans with her resilience and humility, garnered 242,775 votes to beat eight other hopefuls in the race.

While that was happening, voters in Matapato North ward in Kajiado county elected 24-year-old Abraham Orikai as their Member of County Assembly (MCA) on the Wiper ticket.

He won the seat by landslide garnering 270,928 votes.
News
1 month ago