My comeback was not very smooth, says Gonzi Rai

When Rai announced his return to politics, many dismissed his bid and joked that he was finished politically and unstable. 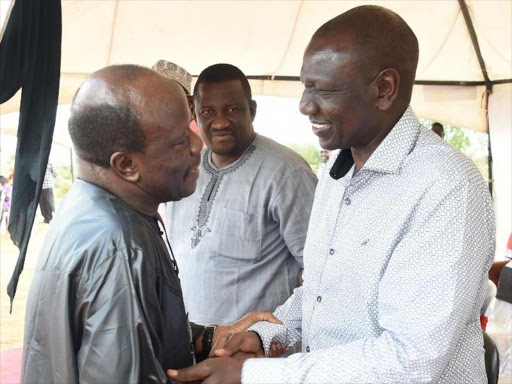 Rai, who beat incumbent Benjamin Dalu Tayari, said it was not an easy journey.

Rai contested on the Pamoja African Alliance party ticket while Tayari ran on the UDA ticket.

When Rai announced his return to politics, many dismissed his bid and joked that he was finished politically and unstable.

"I was always pained whenever I saw my people pleading for development and that is what made me remain strong despite many obstacles," he said.

Rai served as Kinango MP for 20 years before he was defeated by Tayari in 2017.

He went back to the drawing board and allowed himself to heal from political wounds inflicted by the loss, residents said.

“For him, the Kinango race was a bruising battle, but he remained strong as opponents attacked him from all sides,” residents told the Star.

Speaking in a phone interview, Rai said losing and winning are all part of life and people should take both positively.

"These are normal things and I urge my competitors and colleagues not to take it personal. I don't have a grudge against them so let's work together to build Kinango," he said.

On Thursday, Tayari took to his Facebook account to concede defeat. He wished Rai all the best in his new assignment.

"I wish to take the earliest opportunity to wish the incoming leadership great success and push the Kinango agenda forward," Tayari said.

Tayari said it has been a pure joy working for the Kinango people and seeing that his leadership has had a positive impact on their lives.

Rai said he will use his first days in office to eradicate poverty, spearhead development and improve food security.

"With various partnerships, I am looking forward to setting dams and boreholes for domestic and agricultural use," he said.

He pledged to continue with Tayari's meaningful projects to benefit the people.

Rai said it was through God's grace that he won the parliamentary race.

He urged residents to remain peaceful as the counting of votes for other leaders, more so the presidential tally, continues.

In Matuga Kassim Tandaza of ANC won, while in Msambweni Feisal Bader retained his seat.

Out of six parliamentary seats in Mombasa, the party is poised to win five
Counties
1 month ago