• In Uasin Gishu several contingents of GSU and other personnel were seen arriving to back up security teams in county listed as a hot spot.

• They have deployed in strategic areas to ensure quick response in case they are required. 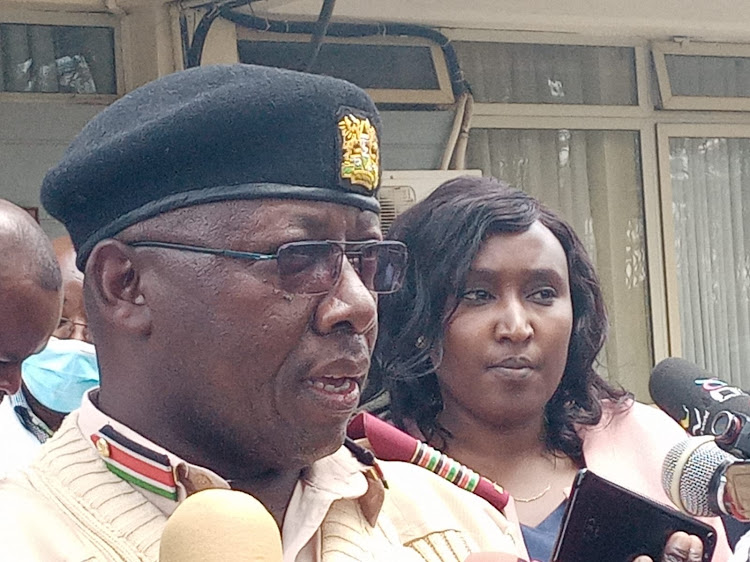 An additional 250 security officers have arrived in Uasin Gishu, neighbouring counties and parts of Kerio Valley in readiness for Tuesday's general election.

The region has been plagued by banditry attacks and a 6pm to 6am curfew has been extended in parts of the Kerio Valley. There are fears

“We have deployed adequate security in all areas and we are ready to provide security through the election exercise," Mohamed said.

The region, especially areas along borders between West Pokot, Elgeyo Marakwet and Baringo counties, have been affected by bandit attacks.

Three weeks ago the government moved in to restore order.

In Uasin Gishu several contingents of GSU and other personnel were seen arriving to back up security teams in the county listed as a potential election hot spot.

The government has also assured investors and foreign visitors that road transport operations, airports, hospitals and other key infrastructure will operate normally during elections.

County commissioner for Uasin Gishu Stephen Kihara said security teams have been put in place to ensure smooth movement of goods and people as well as business operations.

Most businesses will be closed no Tuesday to let people voted and to protect against possible violence.

“We have done all that is required of us to support the work of the IEBC and the usual security measures for all Kenyans,” Kihara said.

He said the Northern Corridor road passing through Eldoret and the Eldoret International Airport are key facilities whose operations will continue smoothly.

“Other key facilities including hospitals and other emergency services will continue to serve the public normally," the commissioner said.

Kihara has that before, during and after elections, residents of Uasin Gishu should keep the peace that has prevailed over the years.

“After Tuesday,  life will have to go on normally. We urge all Kenyans to ensure we safeguard peace and unity at all costs," he said.

He said it will accord accredited journalists conducive environment to report on the polls.
News
1 month ago