Star use of graphic accident picture not justified

Use of graphic images must be justified. 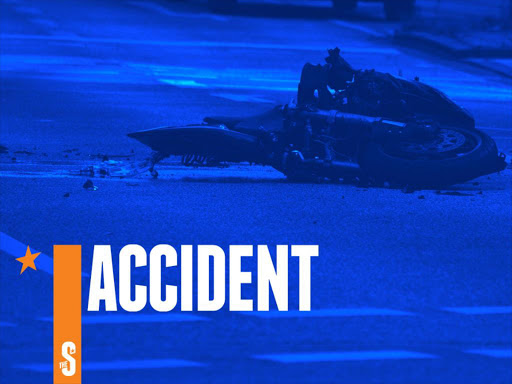 An accident scene. The Star

They say a picture says more that a thousand words and on July 16, the Star Newspaper, which prides itself as Independent, Fresh and Different, tried just that but this generated a public outcry.

An accident at Yatta, along the Nairobi-Garissa Road on Friday, July 15, had left six people dead. The matatu burst into flames on impact completely burning some of the passengers.

The headline read: “Six Killed in Garissa-Nairobi Road Matatu Gas Blaze” and below it was a photo of two police offices carrying away “an object” from the scene of the horror accident at Kwamajini Bridge.

At a casual glance, it is unclear what exactly the two are carrying and the caption equally does not give it away.

But since “Smart People Read the Star”, many were able to decipher and conclude that it was the charred remains of a body.

James Kamwaro was certain it was a body and said the use of the picture was unethical, a similar position shared by Babu Ogutu who wondered what editorial principles guide the use of such pictures.

The two represent the many concerns raised by readers who complained that the picture was in bad taste and breached the Code of Conduct for the Practice of Journalism in Kenya.

A quick survey among journalists in the Radio Africa newsroom and six out of six outrightly stated that what was being carried away was a body. The respondents said police rarely carry vehicle parts from an accident scene, more so using gloves.

While some argue that such shocking images should not be used, others posit that only shocking images can fully illustrate the magnitude of an event and play a key role in moving and educating the public.

Photo Editor Jack Owuor put up a strong defence for the use of the picture.

Owuor presents his best pictures of the day at a conference of editors, which picks the one to be used on page one.

He says among the questions he grappled with were:

1) Does the news value of the picture outweigh any potential harm?

2) Does the picture achieve any journalistic purpose?

3) Will readers understand the purpose?

4) Can I mitigate potential harm if the photo is published?

“With all this in my mind and space, this was a moment I needed to make an ethical decision and I decided to publish the photograph,” Owuor says in his defence.

“There was no blood and even though there was the death of six people, the picture did not identify the victim.”

Owuor argues that the photograph “presented an opportunity for me to present the truth of this particular accident and change behaviour and [it] also goes to show how ill-prepared those charged with such responsibilities of securing such scenes are”.

Quite well argued. But what does the Media Council of Kenya Code of Conduct for the Practice of Journalism in Kenya and the Radio Africa Group Editorial Policy say?

The MCK code clearly states that publication of photographs showing mutilated bodies, bloody incidents and abhorrent scenes shall be avoided unless the publication or broadcast serves the public interest.

If it has overwhelming public interest an alert shall be issued to warn viewers or readers of the information being published.

The Radio Africa Group Editorial Policy signed by all its journalists further reinforces this.

“Journalists and Editorial must always consider how people will respond to content. That is not to say that we should necessarily shy away from publication or airing simply for fear that it might provoke a negative reaction in some quarters. Insofar as audio-visual or audio material is concerned, generally accepted standards must be applied to the content of the newspaper, websites, apps, radio and TV stations so as to provide protection for members of the public from harmful or offensive material”.

It further states that to pass the good taste test, the content must not be regarded as filthy, revolting, repugnant, dirty or lewd?

According to the University of Texas at Austin’s Centre for Media Engagement, there are two arguments on the use of shocking images to give a story greater attention.

While some argue that such shocking images should not be used, others posit that only shocking images can fully illustrate the magnitude of an event and play a key role in moving and educating the public.

However in Kenya, the MCK code of ethics and internal editorial policies clearly draws the line on what is appropriate when publishing images capturing death.

Following the dusitD2 terror attack in Nairobi in 2019, the New York Times published a photo of a man slumped at a table at a restaurant. Blood is oozing from his back and in the distance is another body.

The picture triggered an angry backlash on Twitter directed at the Times from those disturbed by the image.

NYT defended its use saying it believes it is important to give readers a clear picture of the horror of an attack like this. This includes showing pictures that are not sensationalised but that give a real sense of the situation.

Whether the approach is the same or there are double standards in view of the NYT coverage of the September 11 attack is a topic for another day.

The Poynter Institute for Media Studies says the question any news organisation must ask when deciding to use violent or a gory image is: WHY show it?

In the case of the Star picture, the Public Editor concludes that it did not have any overwhelming public interest and the harm far outweighed the picture’s news value.

Its prominent use was therefore not justified.

Despite the many challenges in our democracy, step out and cast your vote
Opinion
1 month ago
WATCH: The latest videos from the Star
by FRANCIS OPENDA Business Editor
Elections 2022
29 July 2022 - 04:00