•The women's peace procession was meant to amplify the need for peace during this election time.

•A victim of 2007 postelection violence narrated a moving ordeal on how she was beastly sexually molested. He prayed that PEV would never again happen. 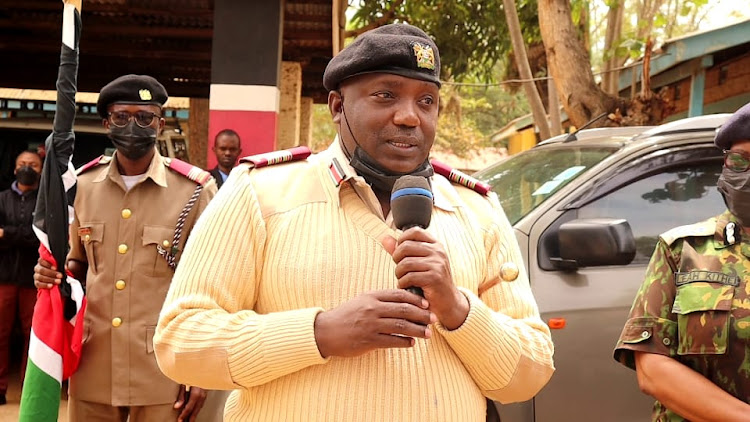 Kitui County Commissioner Mbogai Rioba on Thursday asked Kitui politicians to refrain from what he termed as dirty politics and inciting utterances as the August 9 general elections approach.

He said it was incumbent upon those seeking elective positions to embrace peace in their campaigns before and after the polls in order not to disrupt the tranquillity being enjoyed in the county.

Rioba made the call when he officiated the flagging off of the Kitui County women's peace procession dubbed Election Bila Noma, loosely translated as "polls without chaos".

The peace procession was meant to amplify the need for peace during this election time.

The County commissioner noted with concern the nasty and bloody events of the 2007 Poste Election Violence saying the country should never again find itself in such a horrible situation courtesy of polls.

During the flag of peace walk, a victim of the 2007 PEV (name withheld) moved the gathering to tears when she narrated amid sobs how she was inhumanly sexually molested.

She said the weak and the lowly in society generally bore the brunt of the post-election violence.

She called for respect for the ordinary Kenyans' rights by upholding justice and peace during elections.

Giving a teary account of her ordeal in the hands of her molesters, she not only wished that election violence should never again happen in Kenya but that the same should never happen to any other Kenyan.

"The experience was painful and hard to bear. The trauma is unending. I, therefore, appeal to all Kenyans to embrace peace and respect the rights of everyone, including the vulnerable groups,” she said.

She added that women and children bore the brunt of the PEV and thus called on the authorities to guarantee peace and take action against any inciters of violence. 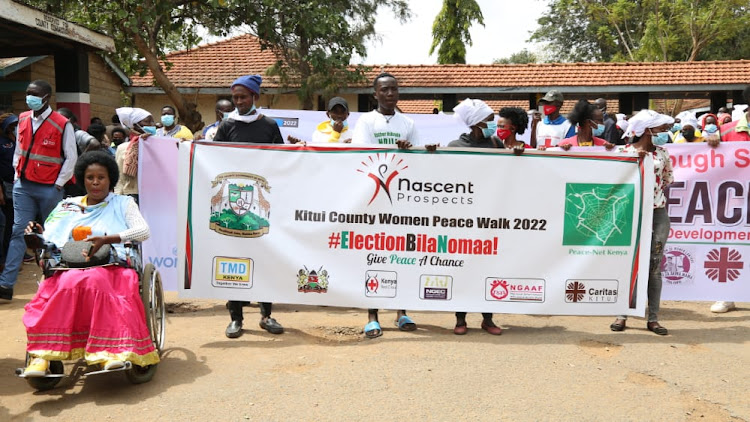 PEACE ADVOCATES The persons involved in the peace procession hold a banner with a peace message ahead of the kick off of the peace walk on Thursday.Ends…
Image: MUSEMBI NZENGU

Rioba who was in the company of the county security team, however, reaffirmed the government's commitment to ensure peace, during and after the elections.

"I want to assure all residents that the national government in conjunction with that of county administration is ready to ensure peace for them as we are leaving nothing to chance,” he asserted.

He reaffirmed that all rogue politicians who make remarks that could result in violence would be hunted down and face the law.

He said that the security apparatus would not allow peace to be compromised.