Suspect released on Sh100, 000 bond, case will be mentioned on September 8. 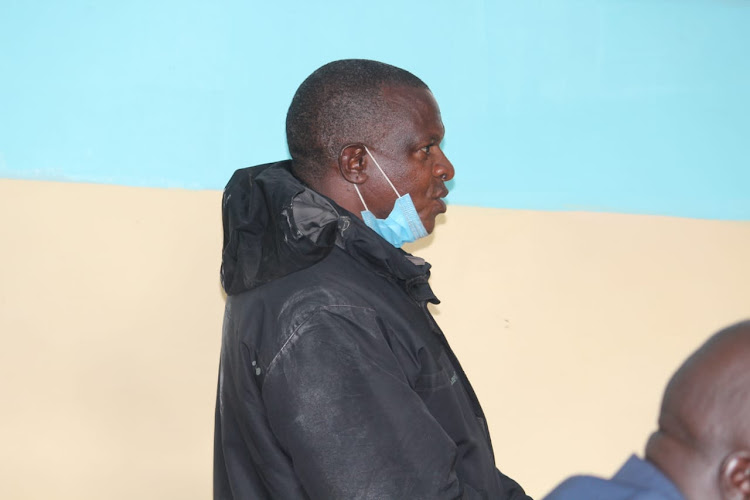 Francis Khaemba, the head teacher of Mukhaweli Primary School, before in a Bungoma court on July 29, 2022
Image: TONY WAFULA

A primary school head teacher was arraigned in a Bungoma law court for alleged defilement.

The suspect was released on Sh100, 000 bond. The case will be mentioned on September 8.

Speaking to the press at Bungoma law courts on Friday, the girl's mother (who cannot be identified for ethical reasons) said her daughter, 13, kept quiet and appeared troubled whenever she returned home from school.

She suspected something was amiss and tried to find out.

“My Class 7 daughter kept quiet whenever she returned home. One day I pushed her to the wall until she revealed everything,” she said.

The daughter revealed how the teacher had been pestering her while at school and eventually defiled her.

"My daughter is still young and whatever she told me might be true, but what I want is that Mr Khaemba should be prosecuted," the mother said.

In an interview with the Star, Philip Wekesa, an activist, accused teachers' unions of defeating justice whenever defilement suspects are taken to court.

“This time round we are not going to accept the perpetrator to be set free without punishment. Knut and Kuppet should be at the forefront condemning such cases but not defending them,” Wekesa said.