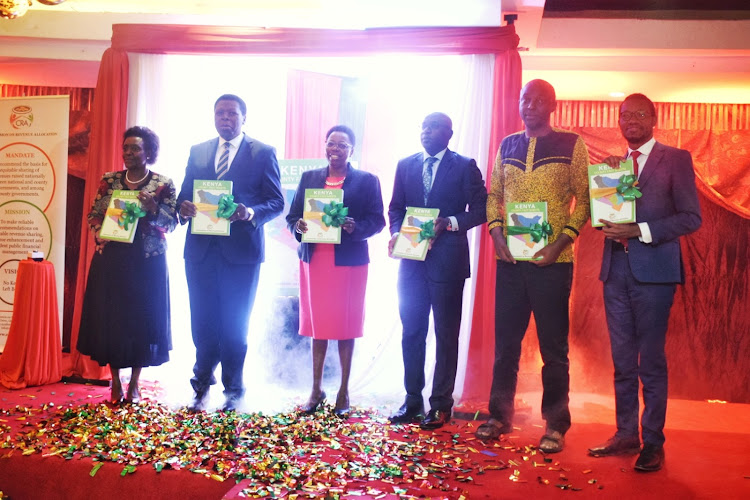 Nairobi county has the slowest growth of revenue collection since devolution, a report has shown.

The report by the Commission on Revenue Allocation shows Nairobi, Busia and Isiolo had sluggish growth.

However, Nairobi collected the highest amount at Sh83.2 billion, followed by Mombasa (Sh23.8 billion) and Kiambu (Sh17.2 billion) in the past nine years.

Eugene Wamalwa, the acting Devolution Cabinet secretary, said counties have been adequately funded by the Treasury to deliver services to the people.

He spoke at the launch on Wednesday of the third county fact sheet.

“I am pleased to note that to date counties have utilised revenues totalling Sh3.2 trillion,” Wamalwa said.

He told voters to elect committed governors who will champion devolution. 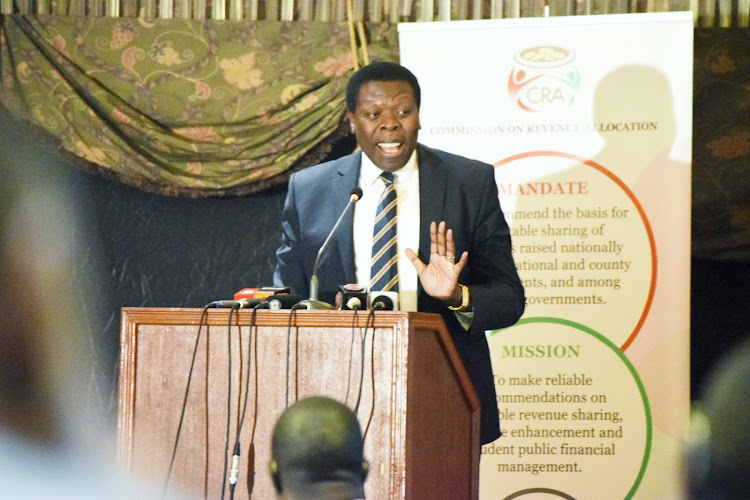 Devolution CS Eugene Wamalwa speaks during the launch of the third edition of the county fact sheet program at Safari Park on June 29, 2022
Image: CHARLENE MALWA

“From this data, now Kenyans can see where the money has been used and they can make a choice,” Wamalwa said.

“Most of the governor candidates are new. We are going to see fresh faces and I want to assure Kenyans that devolution is working,” the CS said.

“Counties have also collected their own revenues totalling to Sh271 billion,” Wamalwa said.

The fastest-growing counties in own-source revenue growth are Garissa, Bungoma and Tharaka Nithi.

Nairobi is the highest contributor to the country’s GDP at 28 per cent, a contribution of Sh2.2 trillion.

Elgeyo Marakwet, Nyandarua and West Pokot were the fastest, while Machakos, Mombasa and Kilifi declined in economic growth, Katule said.

From county data sheets, Kenyans are able to see how county funds were utilised in health, infrastructure, education, electricity and other areas.

In terms of the poverty index, Kajiado experienced an increase from 11.6 percent to 40.7 per cent.

“Nairobi had the lowest poverty index at 16.7 per cent while Turkana had the highest at 79.4 percent,” the report read.

Kirinyaga county had the highest increase in access to electricity, from 16.4 per cent to 66 percent, while Turkana county was the least improved.

"Nairobi has the highest electricity connectivity at 96.7 per cent while Turkana has 6.4 per cent," the report read.

The amount represented 64.1 per cent of the annual own source revenue target in the fiscal year.
News - Page 7
1 month ago

It is however, to disburse close to Sh100 billion to counties.
Business
1 month ago

Treasury yet to release Sh400bn, a day to end of financial year