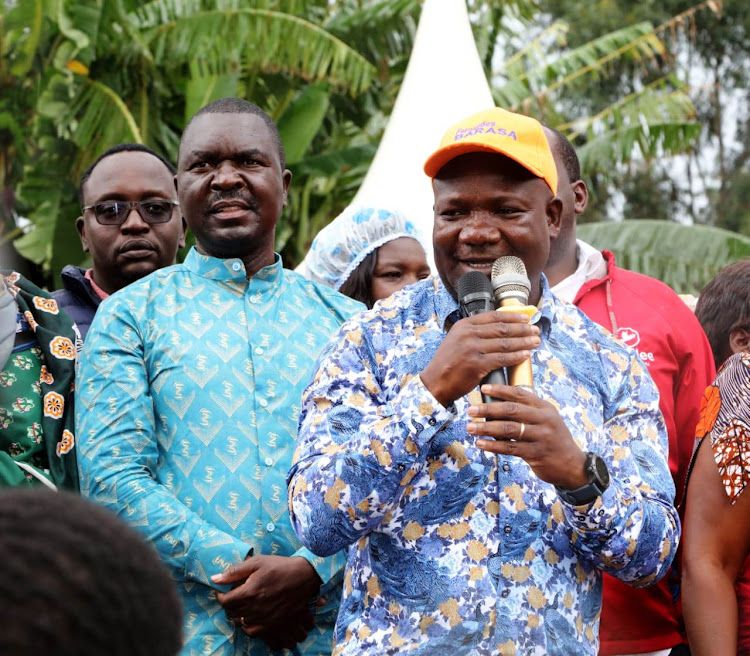 A lobby has asked EACC to investigate and prosecute Kakamega governor candidate Fernandes Barasa over alleged loss of Sh18 billion by the Kenya Electricity Transmission Company.

In petition signed by its director Peter Macharia, International Policy Group wants EACC and DCI to carry out in-depth investigations into claims that Barasa occasioned loss of the funds through irregular awarding of tenders.

The group said the tenders were for projects in which taxpayers did not get value for money.

Fernandes served as Ketraco chief executive and had been the company’s head of finance and accounts.

The lobby said he should be held responsible for entering into illegal contracts without professional opinion from the supply chain management department in violation of the Public Officers Ethics Act 2003 and Leadership and Integrity Act 2012.

The petition dated June 13 is also addressed to the Director of Public Prosecutions Noordin Haji, the Office of the Auditor General and the director general of Public Procurement Regulatory Authority.

The National Assembly’s Public Accounts and Investment Committee on June 7 recommended that Ketraco be probed over the loss of Sh18 billion.

The MPs want Ketraco probed over the delayed completion of a transmission line connecting the Lake Turkana Wind Power plant to the national grid that saw taxpayers slapped with the hefty fine.

The amount was charged for deemed generated energy, which arises in a situation the plant is available to generate power, but unable to deliver to the offtaker’s system.

The said tenders included one worth Sh6.6 billion and another costing Sh7.9 billion which also illegally facilitated upfront payments of Sh6.6 billion to contractors.

The petition said the award of the tenders were contrary to an advisory from Barasa’s Procurement and Finance department before the works started leaving an outstanding bill of Sh293 million for performance failure.

He is also alleged to have paid a Sh5.7 billion fine after one of the contractors awarded the tenders failed to build the Loiyangalani -Suswa power transmission line to evacuate power from the Lake Turkana Wind Power, leading to the loss of taxpayers’ money by paying for works that were not done.

The petition said Barasa illegally incurred an expenditure of Sh2.2 billion for compensating for way-leave contrary to the Public Finance Management Act 2012.

It said the now governor candidate further incurred expenses and bills totalling to Sh727,729,000 that were not budgeted for.

This, the petition said, was contrary to the provisions of the Public Finance Management Act 2012 that stipulates none-incurrence of an expenditure that has not been budgeted nor approved.

“Barasa was either grossly incapable of handling such projects, or deliberately chose to benefit from this non-performance. Barasa is culpable for the loss of  taxpayers’ money,” the petition reads.

“Barasa has not given any rebuttal to these allegations that are now in the public domain.

“When such opportunity arose by the summons from the Parliamentary Investment Committee, he chose to resign, just a few hours before facing the committee to explain himself.”

Efforts by the Star to get the Kakamega governor candidate to comment on the petition failed as he neither answered our calls nor replied to text messages sent to his mobile phones. 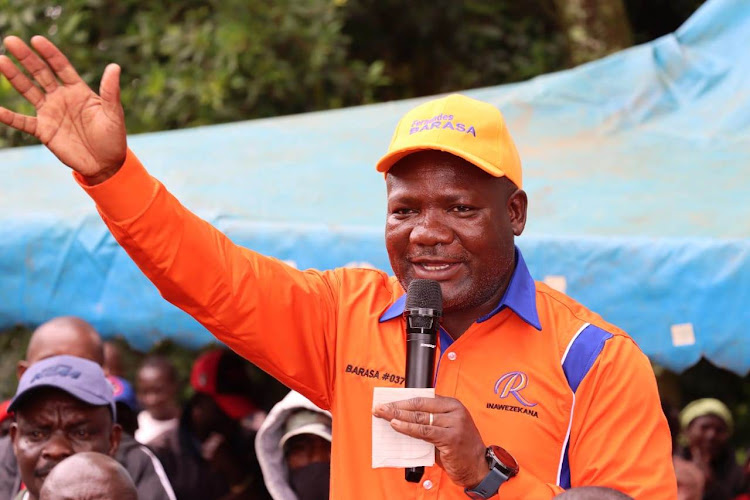